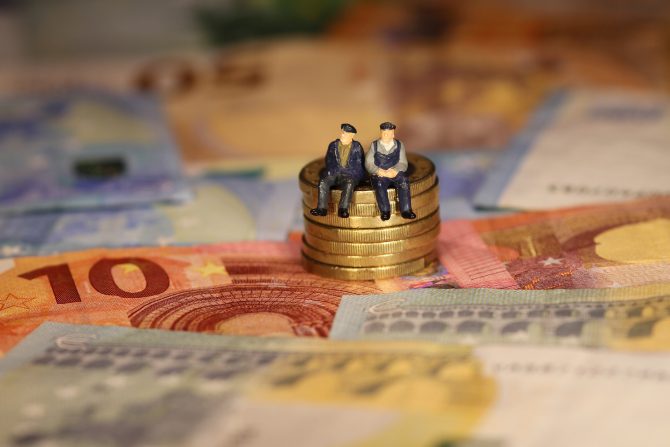 Charlotte Macdonald is a consultant associate solicitor in Stone King’s international and cross-border team. Charlotte answers legal and practical questions that are often asked by her clients in relation to France; whether that be buying or selling property in France, inheritance law, or how inheritance and capital gains tax are treated between the UK and France.

Domicile is a key factor in estate planning because often the country in which you are domiciled at the time of your death will want to assess your worldwide assets for inheritance tax.

Under the UK rules, the domicile of the deceased person is the factor looked at to determine where inheritance tax is paid.

In the UK, inheritance tax is charged on the ‘estate’. With a few exceptions (such as charities and spouses/civil partners), the rate of inheritance tax charged is the same, regardless of who inherits.

Under the French tax rules, it is the beneficiaries who are responsible for paying the inheritance tax. They pay differing rates, dependent upon the closeness of their relationship with the deceased.

If you think your estate might be affected by inheritance tax, we recommend speaking to a professional – careful estate planning can help protect your beneficiaries.

Where Am I Domiciled?

In France, your domicile is generally the country in which are resident at the time of your death.

Hollie was born in France. At this time of her birth, her parents were working as English teachers in Marseille, but considered their home to be in England.

Under English law, Hollie has a domicile of origin of England.

Caitlin was born in England, to British parents. Caitlin meets and marries a lovely French man named Alain. When Caitlin becomes pregnant, they decide that they want to raise their children in France. They move to Bordeaux and intend to remain there permanently.

Under English law, Caitlin has displaced her domicile of origin of England with a domicile of choice of France.

If we change the above example slightly –

Caitlin meets and marries Alain and they decide to move to Bordeaux for four years, to work at his parents’ vineyard. Two years into their adventure, Caitlin dies suddenly in a car accident.

Under English law, Caitlin retained her domicile of origin – she was domiciled in England.

Under French law, as Caitlin was resident in France at the time of her death – she was domiciled in France.

Here, both countries perceive Caitlin as domiciled in their jurisdiction and so will want to assess her worldwide estate for inheritance tax.

What if it is Unclear if I Am Domiciled in the UK or in France?

There is a double taxation agreement between the UK and France which regulates which jurisdiction has the authority to tax the estate and governs how any tax that is paid twice on the same assets can be recovered.

If it is initially unclear which jurisdiction you are domiciled in, we look to the tie-breaker test in the double taxation agreement which asks the following questions –

If the first question cannot be clearly answered, it is necessary to look to the second question and so on.

Andy is a dual national of the UK and France. He works for an international bank and splits his time between London and Paris. He has properties in both cities and considers both countries home.

When Andy dies, it is not clear in which country he is domiciled and so we must turn to the test in the double taxation agreement –

Andy had a permanent home in both England and France – move to next question.

2. Where is Andy’s centre of vital interests?

Andy had social, familial, financial and political links with both countries– move to next question.

3. Where is Andy’s habitual abode?

On reviewing Andy’s movements over the last ten years, it becomes apparent that he has spent more time residing in England than in France.

If Andy’s beneficiaries end up paying tax in both the UK and France, they will be able to credit the tax paid in France against the UK inheritance tax. This credit can be equal to (but not exceed) the tax paid on the assets in the UK.

This article was written by Charlotte Macdonald, and trainee solicitor Bryony Anning.