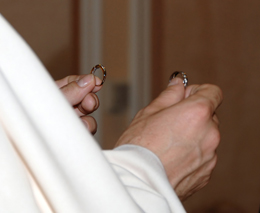 The concept of a marriage contract is not known to English or Common Law jurisdictions for the most part. The French, however, from the Civil Code of 1804 onwards have a system of marriage contracts whereby one can specify, subject to their inheritance laws that entitle spouses and certain blood relatives to claim a fraction of a deceased person’s estate depending on their number, who is to have what on death or divorce.

It is important to be aware of this idea as it will determine who gets what in the event of divorce, or what forms a part of your estate on death, and what does not. Also a certain regime is implied if you do nothing. It used to be the case that surviving spouses could only take freely of French inheritance tax if there was a Communauty Universelle with “attribution integrale” on the first death. This has now all changed since the tax reforms of August 2007 so it may well be an idea to review your position so as better to arrange your affairs, in particular to avoid the hands of creditors or losing one “set” of child(ren) reliefs, assuming the cash is available to take advantage of both sets.

The income of both parties after marriage and anything acquired with it forms community property, thus protecting, say, a wife who stops working to bring up the children. Each party manages and retains what he brings in or receives by gift or inheritance. It is still advisable to have a contract so as to include in it clauses providing for other eventualities not covered by the general law. This is also what the law imposes on parties who make no marriage contract.

Here all property other than immovables (land or anything built on it), which the parties owned before the marriage or which they receive by donation or inherit, belongs to the community. A business counts as moveable property and is therefore included even if it is in the sole name of one party.

Here everything belongs to the Communauty. It can be given to the survivor (“attribution intégrale”) either absolutely, or for life. It used to be the case that this was the only way to avoid French inheritance tax on the first death. Now however, in respect of deaths after August 2007 such IHT has been abolished and this arrangement can result in the loss of one “set” of children’s exemptions, currently €150,000 per child and per parent. If the survivor spends it all, and there is nothing to stop him unless he has only a life interest, there will be nothing for the children on the second death. N B Children from a first marriage can attack the arrangement as tending to disinherit them, depending on which of the parties dies first. Family or professional assets can be excluded from this community. Before signing such a contract make a careful check of each parties’ debts, as the assets of one will become available to the creditors of the other.

There Are Also the Following Possibilities

Here you keep all your property apart. This is advantageous if one is self-employed and the other salaried so that the latter’s creditors cannot get at the former’s income. However, creditors may ask, and often do, the salaried on to act as guarantor. Jointly acquired property is held “en indivision”.

This can provide for the common enjoyment of assets created by the parties so that not all goes to creditors in the event of bankruptcy. Useful in the case of parties who made no marriage contract, but who find one of the three in appropriate.

C. Addition of a Company of Assets to a Separation of Property:

This enables the parties to combine a separation of property and to make certain other assets a part of a community. Think carefully as to what you put into the community, usually used for the home and any valuable contents.

A. Under the French Code of Civil Procedure if foreigners enter into a French marriage contract as they do not have a Livret de Famille it has to be registered in the Register of Foreign Documents at Nantes. However, this provision does not apply:

1. If it is signed outside France
2. If it is not prepared by a French notaire
3. Neither party is a French national
4. The marriage was not celebrated in

France in which case there is no registration requirement at Nantes.

B. Under Art 6 Convention of The Hague relating to Marriage Contracts of 14 March 1978 non-French nationals can make such a contract in relation to their French property

C. Clauses, which may be inserted, include:

1. An unequal division of assets on termination of the marriage

2. The right to select certain specific items in satisfaction of the survivor’s share (Clause de Préciput)

3. Attribution Intégrale clause giving the survivor everything, either absolutely or for life

5. Clause Commerciale giving a business belonging to one, but in which they both work, to the survivor free of charge. Without this, the non-owner would have to compensate the estate of the other

6. Clause de Prélevement giving the non-owner the right to buy from the estate of the owner

It is usually drawn up by a notaire one month before the marriage. It cannot be changed within two years of signing. If one party is a businessperson, it has to be registered with the commercial court.

Parties to a second marriage frequently ask how they can exclude children from the first. The answer is that this really is not possible other than by the possibly radical step of putting the property in the sole name of the second spouse so that the other does not have a French estate to be inherited. The non-owner can protect his position by having a sole or a joint life interest, but his ability to sell is then compromised. It is now also possible for an adult child to renounce before his parent’s death his interest in his estate, which can ease inheritance planning.

As mentioned above, since August 2007 surviving spouses take, free of any French IHT and children each have a €150,000 exemption. Therefore, it is advisable, from a purely fiscal point of view, to ensure that the children inherit at least that amount on the first death, assuming the money or other property to be available without depriving the survivor, as otherwise one “set” of reliefs will be lost.

Since the inheritance reforms of 2001 and the tax changes of 2007 the rationale behind a good number of French marriage contracts might either no longer exist, or at best, be less relevant. It would therefore be advisable for all who made such contracts before August 2007 to review their provisions in light of the above.