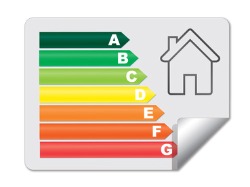 Edward Coxall provides a summary of some recent changes in property law including changes to home inspection reports and clarification on the ‘cooling-off’ period.

When selling (or letting) properties there are a number of reports that must be available to a prospective purchaser (or tenant) before they enter into a binding commitment. The law relating to two of these, the energy efficiency report (le diagnostic de performance énergétique, DPE) and the risk of exposure to lead report (le constat de risque d’exposition au plomb, CREP), has been amended with effect from 1 January 2012.

The DPE is designed to provide an estimate of the energy consumption of a building and its energy efficiency by classifying it in a comparative table. It also provides an indication of the quantity of greenhouse gases emitted, based on the estimated consumption, as well as advice on how to improve the energy efficiency. The DPE has a shelf life of 10 years (for sales and lettings alike) so it is always worth hanging on to the one acquired when you purchased. Six measures were announced at the end of last year (which came into force on 1 January 2012) designed to improve and make the DPE more reliable: