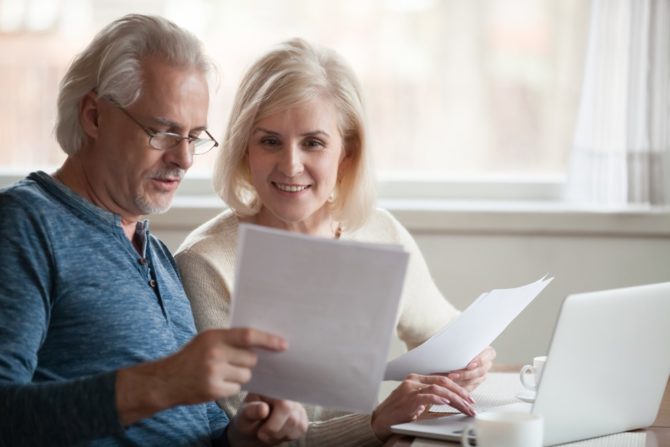 Charlotte answers legal and practical questions that are often asked by her clients in relation to France; whether that be buying or selling property in France, inheritance law, or how inheritance and capital gains tax are treated between the UK and France.

In England and Wales, testamentary freedom exists, meaning that broadly speaking, you can leave your assets to whomever you wish when you die.

In France, the general position, for both French nationals and foreigners, for many years was that it was not possible to leave your assets freely in your will when you died.

This affected British nationals who owned property in France as they did not have the freedom to leave their French property in their will to whomever they wished.

This means that if a married couple own their property jointly, following the death of the first spouse, it is possible for the surviving spouse to end up owning the French property with a number of children, including step-children, which is often not what the couple intended.

In 2015, the European Succession Regulation (650/2012) came into force. This law allows people to ‘elect’ for the law of their nationality to apply to their will in France.

This means that a British couple, most closely associated with England, can choose British (English) law to apply to their French will.

The effect of this is that they can leave their French home to one another, and then to their children on the second death, if they wish. Or they can simply bypass their children completely and leave their property to another family member or a charity.

The New French Law – Article 913 of the Civil Code

At the end of July 2021, a bill was passed in France making changes to Article 913 of the Civil Code. This was then challenged in August, but the relevant section was not changed and the law is therefore due to come into force on 1st November 2021.

The new section of law contains the following:

“When the deceased, or at least one his children, is, at the time of death, a national of a Member state of the European Union or has his/her habitual residence there, and when the foreign succession law does not know a mechanism with a reserved portion protecting the children, each child (or his/her heirs, or those who benefit from his/her rights) can use the assets which are located in France to obtain a compensation at the time of death, in order to benefit from the forced heirship rights which they have under French law, within the limits of these rights.”

What does this mean for me?

If you are a British national owning property in France this new law could change the effectiveness of your French Will, if you have elected for British law to apply in your will.

English and Welsh law does not contain a mechanism that reserves part of a person’s estate for their children. So where:

A child who does not inherit the amount dictated by the French forced heirship rules can request for compensation to be made out of the French assets to them.

By contrast, if you own property in France, but neither you nor your children live in the EU, this change to French law will not apply to you. You can still make a will electing for English law to apply to the succession of your estate – and your children will not be able to claim compensation using Article 913.

When Will the Law Come into Force and Will it Be Challenged?

This new law comes into force on 1 November 2021 and will apply to deaths after this date.

It is likely to take notaires a while to formulate the best way to apply to this law – how to identify all the children, how to find estranged children, how to deal with their replies (or lack thereof), etc.

We can therefore expect a period of delay and uncertainty, which is likely going to be difficult for families.

It is also highly likely that this law will be challenged on a European level – as it appears to directly contradict the terms of the EU Succession Regulation. However, any challenge and its outcome could take several years to be concluded.

In the interim, this is going to cause succession planning difficulties for many individuals and families and also the likelihood that many people are not going to be able to leave their assets on their death as they wish.

Amy and Andrew are a married British couple. They live in London and have a holiday home in Normandy.

They each have two children from previous marriages. In their wills, which have a British law election, they leave all their worldwide assets to each other on the first death, and equally to the four children on the second death.

All their children are British and live in the UK.

Because Amy, Andrew, and all their children live in the UK and are British, the changes to Article 913 do not apply to them. Their wills are still valid, and they do not need to take further action at this time.

Bea and Barry are a British married couple. They live in the Dordogne.

They have two sons. The elder son is very wealthy, having recently sold his successful business. The younger son has suffered from poor health for many years and is in a financially precarious situation.

Bea and Barry have made wills, with a British law election, in which they leave their home to each other on the first death, and then to their younger son.

Because Bea and Barry live in France their estate planning will be affected by the changes to Article 913 of the Civil Code.

Example 3: A child living in the EU

Claire is a British national living in Bath. She owns a chalet in the French Alps.

She has one child of her own and three step-children. Claire loves all the children and does her best to treat them the same.

All the children are British and live in the UK, except for Claire’s biological child who is living in Portugal.

Claire has made a will to cover her French assets in which she leaves her French home to the four children equally.

Because Claire’s biological child is habitually resident in the EU, she will be able to make a claim under Article 913 because she is not receiving the share of Claire’s estate as set out under the French forced heirship rules.

Need Advice On Your Will and Inheritance Planning?

For more information or to discuss how this law may affect you, please contact: [email protected]