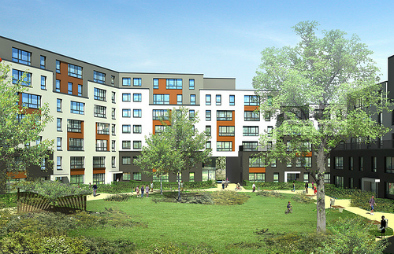 The New Incentive for Investing in New-build, Energy Effcient

Loi Scellier, a tax reduction system of up to 21% of the investment amount, ceased to exist on 31 December 2012.

Prerequisites to benefit fully from the tax exemption system of Loi Scellier were to invest in new-build energy-saving buildings and to commit to renting out the accommodation for a period of at least nine years. This commitment had to take place within 12 months following the achievement of the construction and rents couldn’t exceed the levels determined by decree with respect to the five different areas drawn over France (from €7.5/sqm/month to €22.08/sqm/month in Scellier Classic; from €6 to €17.66 in Scellier Social).

To benefit fully from the Loi Scellier system, it was thus imperative to invest before the end of 2012 in new-build energy-saving buildings. To benefit from additional savings in Scellier Social, one had to make the commitment to rent out the accommodation over a longer period.
The fiscal advantages of the Loi Scellier could not be accumulated with other tax reduction laws such as Loi Robien or Loi Borloo. Furthermore, the tax reduction of Loi Scellier was only allowed for a unique accommodation per year, with a maximum level of investment of €300,000.

The Scellier regime allowed for renting out of the property to the children or the parents of the investor, providing the “tenants” fulfill their own independent tax return.

Finally it was possible to buy a property in joint possession and still benefit from Loi Scellier. In this case, each owner would benefit from tax reduction with respect to the amount of his investment.

Loi Duflot: what has changed?

The succesor of the Loi Scellier is the Loi Duflot, named after Cécile Duflot, Minister for Housing, who provided the principles of her purview for investing in new-build properties.

The Loi Duflot is a tax reduction system of a maximum of 18% of the investment made. Prerequisite to benefit fully from the tax exemption system of Loi Duflot is to invest in new-build energy-saving buildings between 1 January 2013 and 31 December 2016. However, energy-saving regulations are stricter than in Loi Scellier and buildings must have very low energy-consumption levels.

Like the Loi Scellier, the investment must be of a maximum of €300,000. There must also be a commitment of the owner to rent out the accommodation for a period of nine years minimum and this commitment must take place within 12 months following the achievement of the construction.

Further, it is impossible to accumulate the fiscal advantages of Loi Duflot with other laws such as Loi Robien or Loi Borloo and it is possible to buy a property in joint possession and still benefit from Loi Duflot with respect to the amount of his investment.

But unlike Loi Scellier, Loi Duflot stipulates that rents are determined by decree and must be inferior by 20% to the market price. The maximum allowable level of resources of tenants is determined by vote each year and this level is likely to be lower than the one admissible in Loi Scellier.

The renting-out of the property bought cannot be concluded with children or parents of the owner.
Moreover, as the Loi Duflot is part of the system seeking to limit fiscal niches, tax reduction cannot exceed the level of €10,000/year.

Finally, the application of Loi Duflot in the different areas of France would be more restrictive in comparison with the areas defined in the Loi Scellier.

For help with your property search, please call our consultant at +44 (0)1225 463 752 or email [email protected] or contact one of our local property finders with expert knowledge of the area.

How do Matrimonial Property Regimes work in France?