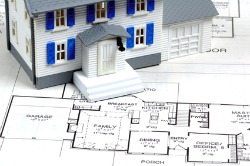 Public law generally applies whenever there is an administrative body involved. These can range from a district (commune) to larger public institutions aimed at cooperation between local districts, i.e. a communauté de communes, a communauté d’agglomération or a syndicat mixte. It also encompasses situations involving prefectures or entities under contract with the administration.

This article will focus, albeit briefly, on the main points regarding land- and town-planning law in order to give an overview of this legal field and underline the role of public law lawyers.

Town-planning law and its legal regime can be first of particular interest to a buyer of a property (land or house) or an owner wishing to collect all necessary information on the property.
Despite its name, the land use plan (plan local d’urbanisme) constitutes the first document containing land-planning rules applying on the territory of a district. It distinguishes between building land and areas not suitable for development. Furthermore, it contains rules regarding the maximum surface of the construction, its height, permitted roof materials and the colours allowed for its external walls. It also regulates access to the property, as well as its dry and wet connections, i.e. electricity, drinking water and waste water. Attached to the plan might be a natural or technological risk prevention plan, France being mostly concerned with the risk of flooding.

The 2007 reform has simplified the situation by reducing to three the statutory permissions. As a principle, every construction needs permission; however, there are exceptions depending on the importance of the project. Small projects, such as a swimming-pool, a garden shed or a terrace of less than 20sqm are only subject to notifications of construction. This involves registering plans at the town hall and waiting a month to be entitled to launch the construction works.

More important projects require building permission. The building of a private house requires a thorough plan, including details about the integration of the house in its environment, or the existing vegetation and new trees to plant. Such documents will be scrutinised by the local land-planning commission, over a period of no more than two months. This commission can ask for modifications before granting permission to the applicant.

Finally, even more important projects, such as the development of housing estates, will need planning permission awarded after a review of a three to six month time-limit.

In any of the three foreseen procedures, permissions and time-limit may vary according to the location of the project in the vicinity of a natural reserve or a monument and the necessary recommendation of France’s architectural heritage commission.

Building permission is always given subject to neighbours’ rights. Thus, neighbours or other interested third parties can always challenge the legality of such permissions. However, they must do so within two months.

The public work damages concept generally covers damage caused by construction work by the administration for mending roads or restoring networks. Road users, shopkeepers or other third parties suffering harm caused by such construction works are entitled to register claims before courts, provided their damage is private, unusual and sufficiently serious.

Damages can also occur as a result of a public sector installation. This situation notably encompasses the waste issue and renewable energy installations. Districts and other larger public institutions are responsible for the implantation of waste reception centres and the establishment of development areas for wind turbines. Those living nearby such installations can submit the matter to court to try to modify the waste plan or the renewable energy local programme. Environmental law disputes relate to French law as well as European regulations, thus calling for the intervention of specialised public law lawyers.