Why is a Lasting Power of Attorney Important in France? 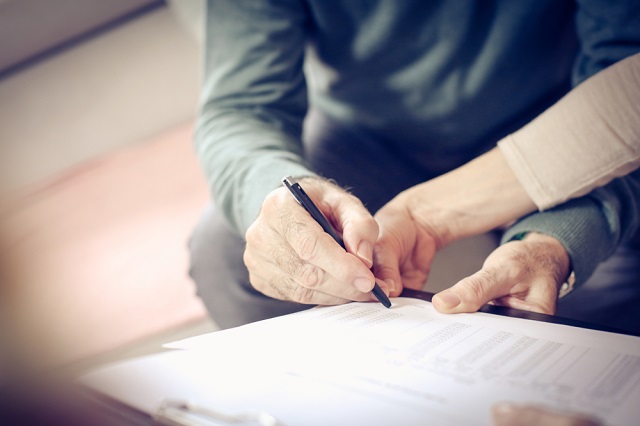 Over a new 12-part series of articles Charlotte answers legal and practical questions that are often asked by her clients in relation to France; whether that be buying or selling property in France, inheritance law, or how inheritance and capital gains tax are treated between the UK and France.

To illustrate how Lasting Powers of Attorney can be helpful let us look at potential scenario: Roger and Jayne are both British. They moved over to France when they took early retirement. They now live in Bergerac, but still own two rental properties in the UK. They use the income from the rental properties to supplement their pension income.

As they have become older, they have seen a couple of friends become unwell with dementia. To protect themselves, in case they develop a similar illness, they have been to see a French notaire and put in place a mandat de protection future. This is a notarial deed under which you can appoint a person (known as your attorney in English) to look after you and your financial affairs if you are no longer physically or mentally able.

Roger and Jayne want to know – will the mandat de protection future work in the UK, and allow their UK rental properties to be managed or sold, should it become necessary?

Recognition of mandat de protection future in the UK

The Hague Convention 35 of 13 January 2000 on the International Protection of Adults (‘the Convention’) is a Convention which allows for the mutual recognition of documents such as mandats.

Under the Convention, if you make a document appointing someone to look after you in the eventuality that you lose mental capacity within a Convention country, it is possible to obtain a certificate of mutual recognition, which will be recognised in other Convention countries, which names your attorney/s.

The Convention has been signed and ratified by France, but in the UK it has only been ratified in Scotland, meaning it does not apply in England and Wales or Northern Ireland.

However, under English law a translated and legalised mandat is valid in England and Wales, provided it passes a two-part test. First, it must be valid in France, and second, you must be habitually resident in France.

Importantly however, it is one thing to say that a mandat de protection future should be recognised in England and Wales, but it can be another thing to convince a sceptical and uncooperative UK bank or a solicitor unfamiliar with international law to accept a document that is alien to them.

Your attorney could be in for a long battle, having to provide a translation and written explanation of the law in an attempt to get the mandat recognised.

What is a Lasting Power of Attorney?

A Lasting Power of Attorney is an English and Welsh document under which you can name an attorney or attorneys (you can name more than one person) to manage your affairs if you are no longer able.

When drawing up a Lasting Power of Attorney it is important to carefully choose people who you trust as your attorney/s. They must be a person/people who you know will act in your best interests.

It is possible to appoint family members or professionals to be your attorney/s. The Lasting Power of Attorney must be registered with the Office of the Public Guardian (a national safeguarding body) before it can be used.

The consensus of lawyers practising cross-border and international law is that the most sensible approach is to have a mandat de protection future in France, and to have a Lasting Power of Attorney to cover property and finances in England and Wales.

If both documents are correctly drawn up there should be no difficulties in your attorney/s using them in their respective countries.

Going back to the scenario of Roger and Jayne, it would therefore be sensible for them to arrange to put Lasting Powers of Attorney in place, to ensure that their UK rental properties can be dealt with appropriately should the need arise.

For more information on Lasting Powers of Attorney or for a quote please contact Charlotte Macdonald, Dan Harris, Raquel Ugalde or Harriet Burt at Stone King LLP either by calling +44(0)1225 337599, or by emailing: [email protected]