Where To Buy in France Now – Martel, The Lot 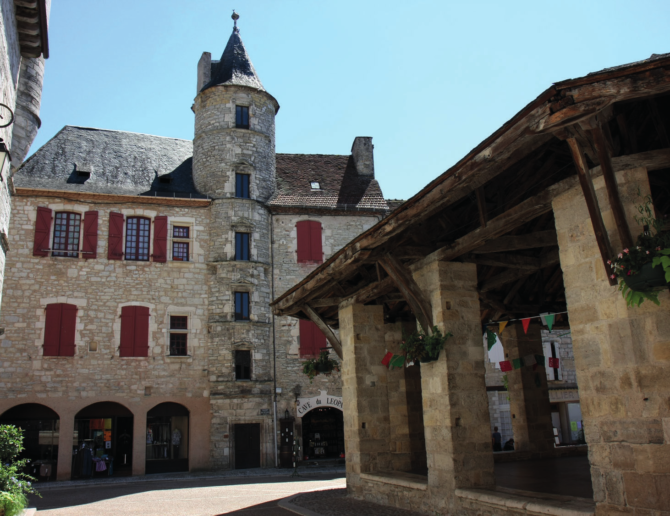 Ready to make the move? The FrenchEntrée Property Services team reveal their top search areas – on and off the beaten track.

The Lot is well known for its medieval towns and villages and the beautiful town of Martel is certainly no exception. Located near the Causses limestone plateau, Martel was originally the point of convergence for the ancient trade route carrying salt and wine from Aquitaine and is not far from the pilgrimage route of Santiago de Compostela. The town lies close to the popular département of the Dordogne and, with its history, rich architecture and gastronomy, has much to offer the holiday visitor as well as those looking to move permanently.

Market days in Martel are held on Wednesday and Saturday mornings in the town’s beautiful central square with its stunning covered market (Place de la Halle), complete with intricate wooden roofing. Martel was an important town in the 19th century, thriving from truffle production – you can still pick up these earthy delicacies in December and January when in season. You can jump on the steam train, or ‘Truffadou‘ as the locals have nicknamed it, and ride the 13km round trip along the cliff edge, taking in some stunning views.

Property in this area is often characterised by the white limestone of Quercy Blanc and the pretty pigeonniers dotted across the landscape. Medieval architecture is still visible today as you meander through the narrow streets, with many of the houses proudly displaying the beautiful half-timbered or colombage style of build. Don’t forget to look up and you will notice one of Martel’s most striking architectural features – its seven imposing towers.

There is a good rental market, which makes it an ideal area to invest, and pricing has risen. For those willing to take on some renovation and who can move quickly, character townhouses can be found for around €100,000 and make ideal lock-up-and-leave holiday homes. Larger properties with land, some even within walking distance of the centre, can start at €200,000-€250,000.

Brive-Souillac airport at Brive-la-Gaillarde is only 40 minutes away and Bergerac airport is a little over an hour and a half distant.

With thanks to our partner agencies in Martel

Find property for sale in Martel>>>

Previous Article Insurance in France: From House Insurance to Life Cover and Beyond
Next Article Where To Buy in France Now: Perpignan, Pyrénées-Orientales