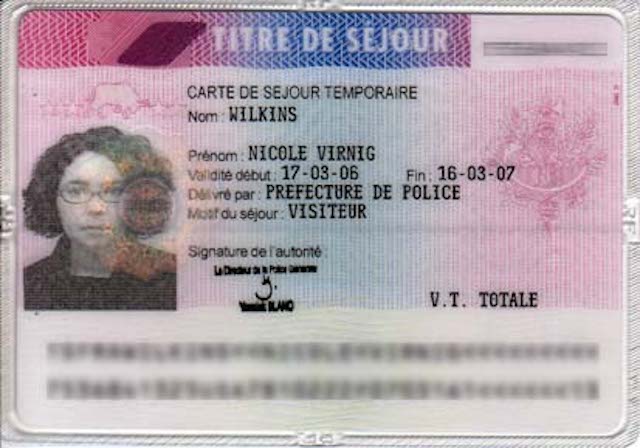 Question: Can I Get a French Carte de Séjour As A Second Home Owner?

My wife and I have owned a holiday home in the Dordogne for over 15 years now, and have been used to travelling to France from the UK several times a year. Since Brexit, we are now only able to travel for up to 90 days or apply for a six-month visa which is both expensive and time-consuming (and also doesn’t allow us to enjoy several short trips throughout the year).

I’ve heard that it’s possible to get a Carte de Séjour Visiteur which would allow us to come and go as we please. Is this possible and what would we have to do to apply?

Answer: A Carte de Séjour is a ‘residency card’ and, therefore, by nature, only available to those who wish to become residents of France.

However, some second-home owners have successfully applied and received a Carte de Séjour, but this may not be legal and is not something that we recommend. Here’s what you need to know.

Can a second-home owner get a Carte de Séjour?

There are a lot of elements to unpack in this question, so bear with me!

First of all, let’s go over what a Carte de Séjour is and whether or not you can—and, more importantly, should—get one as a second home owner in France.

A Carte de Séjour is a French residency card that is typically issued after you have already been resident in France for one year. So, if you wish to become resident in France, you would first apply for a long-stay visa (VLS-TS), valid for one year. When you come to ‘renew’ this visa at the end of the year (you can start this process two months before it expires), you will apply instead for a Carte de Séjour – a residency card.

If you want to know more, the following articles are a good place to start:

The Road to Permanent Residency in France: A Step by Step Overview

Both the 12-month long-stay visa and the Carte de Séjour allow you to come and go as often as you like between France and any other country (depending on the rules of the other country, of course!), and being as you are resident in France, you can, of course,  spend as long as you like in France.

However, in Craig’s circumstance, he is not actually looking to become resident in France. Instead, he would like to benefit from the freedom to travel to and stay as long as he likes in France that a Carte de Séjour grants, while maintaining his permanent residence in the UK. It’s a perfectly understandable question, as this would solve the big problem facing many second home owners post-Brexit… but unfortunately, this isn’t legally possible.

While there may be some rare exceptions (and you’d need to talk to an international tax specialist), a person cannot generally be a permanent resident – and, more importantly, a tax resident – in two different countries at the same time. Either you live in the UK, or you live in France! The country in which you are resident is the country in which you work, live the majority of the time, and pay your taxes. Crucially, not only does the country in which you are resident affect income tax, it also affects things like inheritance law and inheritance tax, capital gains tax, property taxes, your right to state healthcare, and the validity of insurance contracts, etc, so it isn’t something you want there to be any confusion over.

Read our guide Understanding French Tax- Are You Tax Resident in France? for more on this.

When you apply for a long-stay visa (VLS-TS) and/or a Carte de Séjour for France, you will be asked to sign a form declaring that you intend to live in and be resident in France for at least the time period of that visa or Carte de Séjour (a minimum of 1 year). It is then your responsibility to take the necessary steps to become legally resident, including registering for a social security number and Carte Vitale, applying for a tax number, and filling out a tax return. (All of this is outside the scope of this question, but you can read our guide Moving to France: 7 Things You Need to Do On Arrival for more).

The important thing to know is that if you decide to apply for a 12-month long-stay visa and/or a Carte de Séjour, you are declaring that you are resident in France.

So, does this mean that you can’t get a Carte de Séjour as a second home owner in France?

Herein lies the problem: just because you shouldn’t be able to get a Carte de Séjour as a non-resident, the fact remains that it is technically possible. In order to apply for a long-stay visa and Carte de Séjour, you will need to pass several eligibility criteria, including having a permanent address in France, having sufficient funds to live off (either through work, pension or other earnings, and/or savings), and health insurance cover. Many of these are easily proven for second home owners, especially those with pension or investment income who are not looking to work in France. Some people have found that by lying about their intention to become resident in France, they have successfully received a one-year long-stay visa and, subsequently, a Carte de Séjour.

Despite this being possible, for all the reasons listed above, FrenchEntrée does not recommend doing this.

While UK citizens are venturing into new territory post-Brexit, and it remains to be seen what consequences there will be for those who have wrongly declared residency in France, it is very likely that France will put steps in place to ‘catch’ these individuals and prevent this from happening in the future. You have been warned!

A few other FAQS

While we’re on the subject, there are a few other questions and comments that always seem to go along with this one, so I will do my best to answer those.

But before Brexit, I could come and go as I pleased!

Actually, you couldn’t! While being part of the EU did afford the right to travel freely between France and the UK, and also the right to live, work, or retire to France – it still wasn’t possible to spend the whole year in France without being classed as tax resident in France.

This remains a fact for EU citizens today – if you are an EU citizen who is not resident in France, you shouldn’t be spending more than 183 days in France in any given year. Just because this is rarely policed does not mean that it would not be an issue – after all, not only can tax claims date back several years, but in the worst-case scenarios (such as a death, insurance claim, or inheritance claim), you would have very little legal ground to stand on.

There are many different types of long-stay visas and Carte de Séjours available in France, which are suitable for various purposes, including spouse visas, work visas, and business visas (you can read about the main types here). But the one that causes the most confusion is the ‘Visitor’ Long-Stay Visa (visa de long séjour visiteur or VLS-TS Visiteur). Many people have incorrectly assumed that being as it says ‘visitor’ that this is not a resident visa, but as we have established above, this is not the case. Not only will you be liable to pay taxes in France if you stay for longer than 183 days, but you will also be signing a form stating that you intend to live in France.

The ‘visitor’ visa is available to anyone who wishes to move to France and live in France without working (providing they have sufficient funds to do this). This could be a retired person living off their pension (which must be declared on a French tax return, even if you are not liable to pay taxes on it in France), someone accompanying a spouse or unmarried partner to France, or someone who is living off rental or investment income (again, this income must be declared on a French tax return).

This visa may be a possibility for someone who wishes to travel France for an extended period, but note that you must have a long-term address in France to apply, so it is not generally granted to the typical tourist.

What if I have a post-Brexit Withdrawal Agreement Carte de Séjour?

Brits who were living in France before December 31st 2020, were entitled to apply for a Withdrawal Agreement Carte de Séjour using a simplified application process. While this was only available to those who were resident in France (and included a declaration that you were living in France), some second home owners resident in the UK still applied for and received a Carte de Séjour under the Withdrawal Agreement. Some of these were likely to be genuine mistakes; other applications were made by second home owners hoping for a loophole to post-Brexit travel laws.

If you’ve read the rest of this article, you should know by now that you shouldn’t be in possession of a Carte de Séjour as a non-resident and the potential consequences. It appears that the French tax authorities are aware of this and are taking steps to chase up any Withdrawal Agreement Carte de Séjour holders who have not filed their tax returns.

If you have found yourself in this position and wish to hand back your Carte de Séjour, the first step should be to contact your local prefecture and inform them that you have made a mistake.

What can I do if I want to spend more time at my second home in France?

So, we’ve established that you shouldn’t be spending more than 183 days a year in France if you don’t want to become resident, but for many second home owners, the big problem post-Brexit is that due to the 90/180-day rule, you now have less freedom over when you use those 180 days. It’s no longer possible to split your time between France and the UK, enjoy six months in one, then six months in another, and planning multiple short trips per year is suddenly a complicated maths equation!

Essentially, you have two options as a second home owner: