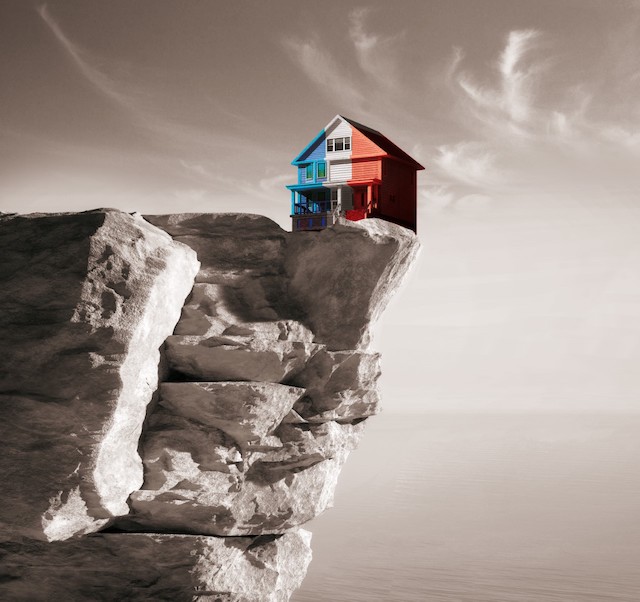 Who keeps the money if the sale falls though?

When purchasing property in France, two contracts will be signed and upon the signature of the first, the purchaser will pay into a notary’s account a deposit which will either be called a “depot de garantie” if you signed a “compromis de vente” or an “indemnité d’immobilisation” if you signed a “promesse unilatérale de vente”

This deposit, usually set between 5 and 10% of the total price of the property, is retained temporarily by the notary and used as a down payment. It means that you are serious about your intention to buy, blocks the sale and the seller withdraws the property from the market to any other potential buyers.

But what happens if the sale falls though after you have paid this money?

In theory, if the sale falls through because of the vendors, the money is returned to the purchaser, and if the sale falls through because of the purchaser, the money is given to the vendors to cover their prejudice of not being able to sell their property.
The deposit can be a considerable sum that neither the vendor nor the buyer would want to renounce. Both are keen to lay the blame with the other, and this is where one or both parties say ‘I need to call my lawyer’.
Bright Avocats have handled many disputes involving the “depot de garantie” or the “indemnité d’immobilisation”. The reasons vary greatly because in many cases, they derive from an interpretation of the facts and whether they can be construed as a fault on either side.

The basic premise of the deposit is crystal clear in French law:

However, if the sale falls through after the 10 day reflexion period has passed, this is where many disputes arise, and as no two property purchases are the same there can be any number of reasons, some improbable… but almost all avoidable.

We once defended a purchaser who withdrew because they claimed there was a defect with the property which was only disclosed after the end of the 10 day reflexion period. The issue here was to analyse if this undisclosed information was really essential to the buyer when purchasing the property. Indeed under French law if the purchaser can demonstrate that had they known this information previously they would not have purchased, then this is grounds to cancel the purchase.

Another case was when the vendor claimed that the purchaser, whose loan application had been rejected, had not done his due diligence to obtain said loan so that the sale could not go through. The case was to demonstrate that everything was done properly and in due course to show that the purchaser acted in good faith, which is essential in any contract.

One other case Bright Avocats handled, was when the purchaser had obtained their planning permit but only after the deadline set in the “compromis de vente”. In the contract it did not stipulate that a broken deadline rendered the contract null and void, it did not matter if a condition was fulfilled a week after.

In practice, the notary will block the deposit money in an escrow account until they are presented either with an agreement between the parties or a judgment on the fate of this money.
Bright Avocats has successfully handled many cases involving deposits and other property sale litigation… but, we also assist when they wish to sell or purchase a property by going over the contract and explaining in detail what the parties will sign. Just like medicine: prevention is better than cure!