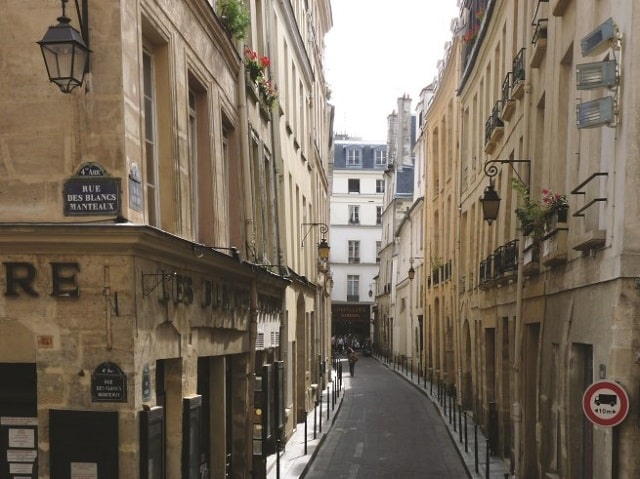 Once a quaint neighbourhood, Le Marais spans the capital’s third, fourth and eleventh arrondissements, and is regarded as ‘old Paris’. Originally marshlands which were used to cultivate crops, starting in the 16th century, the quartier was developed by the bourgeoisie and is now one of the city’s most vibrant areas. With its fine array of galleries, museums and boutiques, it’s equally popular with art enthusiasts and fashionistas alike.

The most interesting area for buyers considering Le Marais is the Haut-Marais, which is further away from the river and close to the République Métro stop. Consider north of the Rue Rambuteau, south-east of Republique, the Square du Temple and the Marché des Enfants Rouges, the city’s oldest food market with its rambling food stalls.

The Haut-Marais is now a hip district and a brilliant area to consider for property investors as it offers a great rental return. Offering a wealth of bars and restaurants, bustling nightlife and close proximity to République, it’s a sought after area for young professionals. Neighbourhood regeneration and a recent makeover have transformed the once semi-abandoned, 19th-century covered market, the Carreau du Temple, into a center for cultural and sporting activities. It’s redesign was part of the city’s first ventures into public consultation exercises, which allowed local residents to vote on how the site should be utilised. Consequently, it’s now a hive of activity with a strong sense of community involvement. The area also benefits from a very active Maire, who encourages participation by local residents.

Le Marais is largely free of Haussmanian architecture and, with its maze of winding streets, is often described as having a ‘village’ feel. Buyers should budget around €12,500 per sqm as a base point, possibly higher for well-renovated apartments with a lift in the more popular areas. Studios are very sought after and will sell quickly. Consider 20sqm for studio apartments, 50sqm for one-beds and 85sqm for two bedrooms. Those requiring renovation in the lower end of the price range are in limited supply.

When it comes to returns, a studio in good condition and rented furnished will fetch €1,500 per calendar month, including agency fees, while a nice but compact one-bed brings in €2,000, and a two-bedroom €3,000.

With thanks to Susie Holland, our partner agent in Paris

Search for properties for sale in Le Marais