Why buy in Franche Comté? 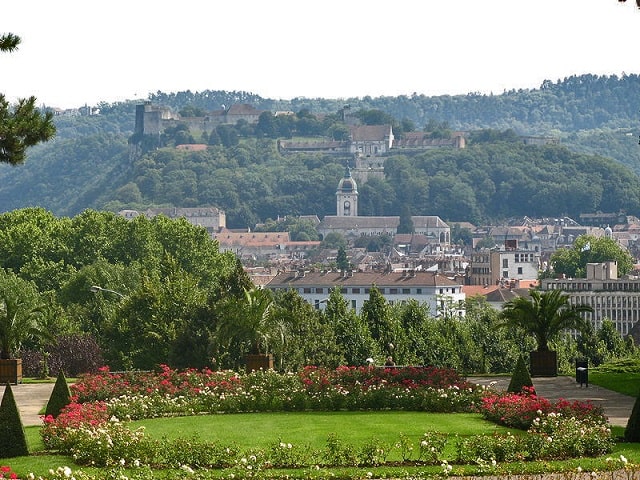 Historically, the region of Franche Comté, located close to France’s border with Switzerland, has not proved as popular as one might expect amongst English speaking property investors. The advantage of this, however, is that prices are lower than elsewhere. This is in spite of Franche Comté’s natural beauty and plethora of tourist attractions, including three UNESCO world heritage sites.

The varied landscape of the Franche Comté is ideal for walking and cycling expeditions, offering stunning views of the Jura mountain range, waterfalls and footpaths through forested areas. It is also home to 80 lakes, so there is plenty of opportunity for keen fishermen and women to spend a relaxing day outdoors. Horse riding and skiing are also popular activities in this area.

The Swallows Line runs between Dole and Saint-Claude, through 36 tunnels and across 18 viaducts. Passing through Franche Comté’s forests and vineyards, the train journey must be one of the most beautiful there is.

Besançon is the capital of Franche Comté and achieved UNESCO World Heritage status in 2008. The walled city boasts a citadel and two fortresses, attracting their fair share of visitors during the holiday period. The old town sits within an oxbow formed by the river Doubs.

Franche Comté boasts three UNESCO World Heritage Sites. Besides Besançon, these also include the regions salt works at Salins-les-Bains and Arc-et-Senans. It was the salt mines that attracted the first settlers to the region and there are various local museums where you can find out more about the work the miners did.

Other popular tourist attractions include Notre Dame du Haut in Ronchamp, the Château de Joux on the Swiss border and the fortified town of Belfort. The Belfort Lion is an impressive carving made from red sandstone, which stands at 11m high in remembrance of the lives lost during the Siege of Belfort (1870 – 1871). A copy was made and is on display in Paris.

The region also has 25 ‘villages of character’ and you can still find pyramid shaped tuyé farms in the mountains with huge wooden fireplaces that in the past were used as smokehouses. Franche Comté is also well known for its bell towers – 700 in total!

It might come as a surprise to discover that some of the best known and world renowned products from France originate in this area. Absinthe originally started life in Switzerland and so it has quite a following here, close to the border. Pontarlier Anis is a relation of Absinthe that is made in Pontarlier in France and wine production is big business too.

With regards to food, regional products include Comté cheese, often used to make fondue. Comté cheeses may be left for up to 18 months to mature. Morteau and Montbéliard are two different types of dried, smoked sausages that are also associated with this region. Traditionally, these were produced in tuyés – traditional wooden chalets in the mountains.

For more information, visit the official website for the Franche Comté tourist board.

Previous Article Holiday home to permanent home
Next Article What Areas of France Are Most Popular for House Buyers?