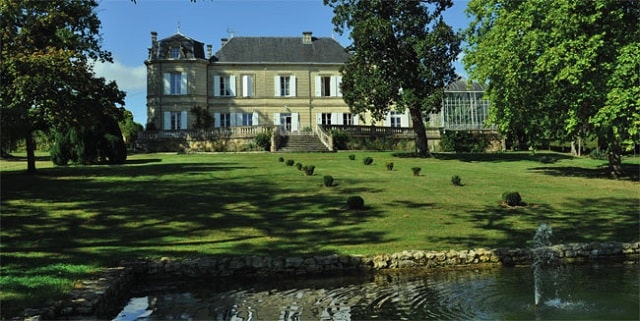 From starry-eyed student to proud château owner, Jacqueline Franc de Ferrière’s story is nothing short of inspiring. We find out how she and her husband Wilfrid breathed new life into this treasured family home…

JACQUELINE FRANC DE FERRIÈRE: I first came to France to improve my French, as I’d studied it at school and done a double major in French and English. In New Zealand (especially back then) the closest thing to a French experience we could hope to afford was a trip to New Caledonia!

FE: When did you first encounter Château Carbonneau?

JFDF: I met my husband Wilfrid at Château Carbonneau thanks to Kiwi friends who were working in Nice the year I was working in a school in Aix-en-Provence. They had met Wilfrid’s mother through a local French/New Zealand Association and she’d told them they should spend July at Carbonneau as it was probably going to be empty for the summer. As a result, they invited all the friends they knew who were travelling locally. As it turned out, all the family (except for the mother) spent July at the château – so I can only imagine that it might have been a bit chaotic! I turned up at the very end, as  I was touring the west of France with my parents who had come over for a holiday. We called in to the château and only Wilfrid and his father were left from the family. It was the weekend just after France sunk the Rainbow Warrior in Auckland – an auspicious start to our relationship!

We inherited Carbonneau in 1992 and made the decision to return from New Zealand to take on the project.

FE: Was it a steep learning curve?

JFDF: Luckily we were young and rather naïve, as it was a bit of a challenge! As we had little money to begin with, we rapidly became good at painting and wallpapering – and also very quickly realised our tastes in interior design were quite different! My husband very gallantly (and wisely) left the inside and even the garden to me and concentrated on his vineyard and farm. I’ve basically picked up interior design the hard way, making mistakes and  learning from them, but having a lot of fun. Thank goodness I learned to sew at school in New Zealand, as 3.5-metre-long curtains certainly add up if you have them custom-made! 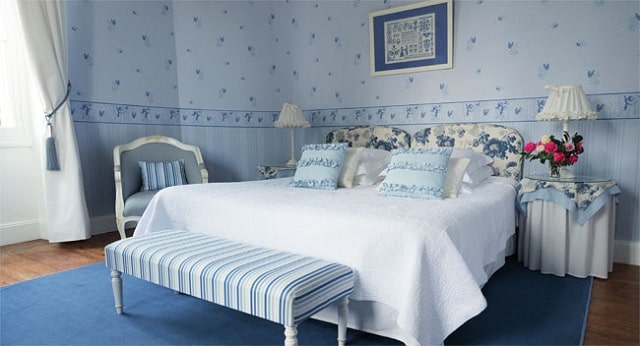 FE: How would you describe Château Carbonneau’s style?

JFDF: At the beginning, I suppose you could qualify my interiors as ‘fresh country chic’ with lots of colour, stripes and flowers. I’ve toned this down a little, but I’m still a bit of a ‘colour’ person – although I do admire other people’s beautiful neutral palettes. We discovered, after removing partitions in some of the rooms, that the château must have always been wallpapered as the layers underneath were quite impressive (albeit rather dark and fussy). What I tried to achieve with the decoration is a comfortable, homely but elegant effect, intended to give those who stay with us in our bed and breakfast the impression that they’re in our guest rooms, rather than a hotel. 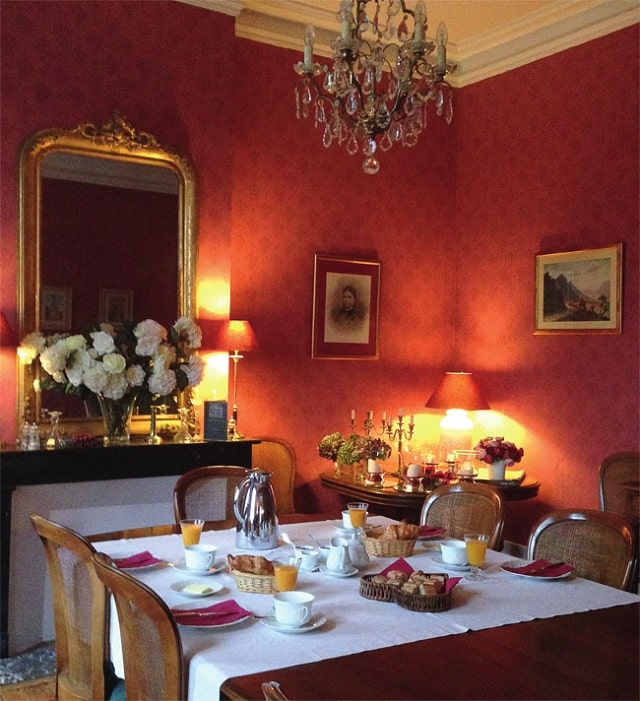 FE: It must have been a challenge to furnish…

JFDF: We were lucky to have had a few lovely pieces of family furniture in the château, especially huge wardrobes that fit easily into the large rooms. Some pieces, however, were a bit dated and there were a few awkward moments at the beginning when guests ended up on the floor! We’ve had some pieces built by local cabinet makers (our three-metre dining table, for example) and I’m not ashamed to admit that there are some ‘Ikea originals’ and Casa knick-knacks, which blend in beautifully. We use French paint and wallpaper as they are the easiest to source and my fabrics come from a variety of places, including Le Marché Saint-Pierre in Paris. It’s one of my favourite places, along with all the little boutiques around the foot of Montmartre.

FE: Do you have any advice for expats relocating to France?

JFDF: With Wilfrid being French, we were more ‘moving back home’ than relocating when we arrived in 1992. However, it was a big change for me, especially living in such a small village in rural France after being in a city in New Zealand. I think what helped me the most at the beginning was  quickly getting involved in the local school parent/teacher association (I even became president after three years), joining a choir, teaching piano to local children, creating a garden and exchanging plants with friends. I was lucky to have a very good grasp of French as I’d already spent a year working in schools in Aix-en-Provence before meeting Wilfrid in 1985 and then went to work in Nice. 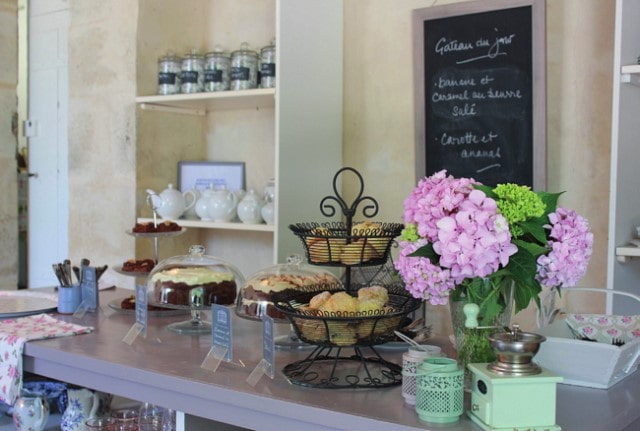 FE: Given a second chance, would you do anything differently?

JFDF: Frankly, I don’t think I would! It has taken nearly 26 years of incredibly hard work and investment to drag our château into the 21st century and create our vineyard and wine. Our four children all grew up here. They are presently flung far and wide in Munich, Milan, New York and Denver, but Carbonneau will always be their home and they often return. I like to remind people who think youngsters need an expensive education to get the best opportunities, that living in a community filled with hard-working people, passionate about what they do, is a valuable life lesson. 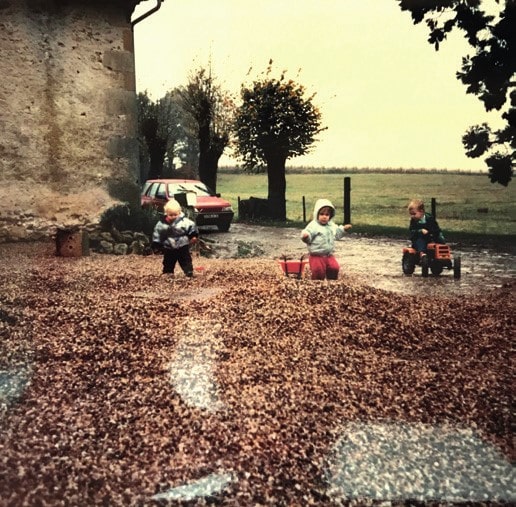 FE: What are your next steps?

JFDF: We now have one of our sons beginning to help us on the property after finishing his Masters degree in Wine and Viticulture. It is so reassuring to know that our work over the past 25 years is going to continue and that he has the opportunity to take Carbonneau much further. The other three are also very interested, but not on the technical side – it makes everything worthwhile.

FE: What’s been the highlight for you on this journey?

JFDF: There have been numerous highlights to do with both our wine and our business as a bed and breakfast. We’ve won gold medals at wine fairs; an international prize for Wine Tourism in the Great Wine Capitals Network; and a television programme was made at Carbonneau about Bordeaux and shown on German and French television. And this year we are delighted to have our eldest son marry his Turkish bride here in August. Carbonneau is a special place, meant to bring people together and we are fortunate to have the world come to us.

The sunny Gironde département, so named for its large estuary where the Dordogne and Garonne rivers meet, sits at the tip of Nouvelle-Aquitaine. This is a diverse area of vineyards and coastline. There’s no shortage of wine in the region – it is, of course, home to Bordeaux – but there’s also foie gras, Pauillac lamb and an abundance of seafood to keep you going during your property search.

Browse property for sale in Gironde>>>

If you would like some assistance discovering this or other areas of France and find out more about what the property market has to offer please don’t hesitate to give us a call at +44 (0) 1225 463752 or email us at [email protected].