‘Fly in, fly out’ ski resort

Investment opportunities in the French Alps

British investors are taking a growing interest in the French Alps which traditionally have attracted two main groups – keen skiers who want altitude resorts with fast access to a good skiing area and ‘lifestyle’ buyers more interested in living in authentic Alpine villages with access to both winter skiing and a wide range of other activities in spring, summer and autumn.

“Now it’s clear that the surge in sales since the new year has been driven by a third group – British investors who, for the first time in some cases, realise that putting their money into bricks and mortar in popular ski resorts can offer better returns than the continuing uncertainties of the stock market,” reports ski property specialist Richard Deans. 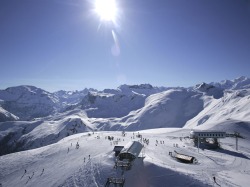 Richard, who heads the UK sales office of MGM French Properties, says this year’s bonus season beneficiaries who enjoy skiing can have the best of both worlds. “If they opt for an apartment in a résidence de tourismelike MGM’s Le Centaure, nearing completion in Flaine, they can be assured of a rental yield of around two per cent – and that’s after they have paid the annual maintenance charges,” he explains.

Typically a two-bedroom apartment in an MGM résidence de tourisme purchased on a leaseback basis comes with a guaranteed gross annual rental income of around €5,500 as well as three, four or six weeks of personal use of the property.

Investors wanting to make a flying visit to Flaine to inspect the résidence and a new fully-furnished show apartment which has just opened at Le Centaure can do just that by taking a 20-minute helicopter transfer from Geneva Airport to what has been dubbed ‘the fly in, fly out’ resort. Travel by road takes about one hour.

The apartments at Le Centaure – just 50m from the cable car lift to Les Grandes-Platières, one of the longest ski runs in the world – range in size from 27sqm studios to 75sqm three-bedroom duplexes. All come with use of a 25m x 10m indoor swimming pool – and a smaller children’s pool – with dramatic floor-to-ceiling views of a nearby mountain waterfall. The scheme includes a sauna, jacuzzi, steam and fitness rooms. An OdesCimes spa and beauty centre have a variety of massages and body treatments on offer. 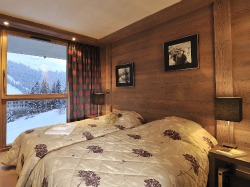 Prices, which start at €192,000 for a one-bedroom apartment plus cellar storage and use of locker rooms, a laundry and drying rooms, exclude French VAT at 19.6%, waived under the leaseback scheme.

Elsewhere MGM has properties available to buy in more than 25 mountain locations at prices ranging from €174,000 to more than €1.5 million,depending on property size and location.

Discover the Prestigious and Sought after Le Falcon Lodge