Trendsetting new development on the doorstep of the Portes du Soleil 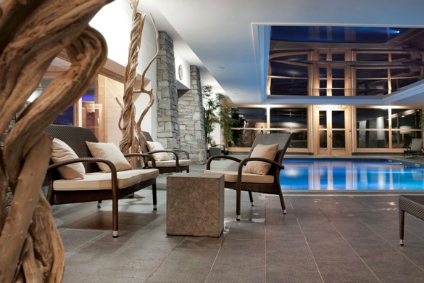 A sleek new look is taking shape. Internal walls are clad in wood or have a bright white finish. Floors are in a mix of stone and larch parquet finishes. Timber kitchens have given way to contemporary fitted models with granite worktops.

Les Chalets d’Angèle is a résidence de tourisme currently under construction in the picturesque village of Châtel on the French-Swiss border. The rustic-style interiors of many of the holiday homes built in the French Alps by MGM are being replaced in its newest developments with contemporary finishes which, according to research, have greater appeal to today’s buyers. 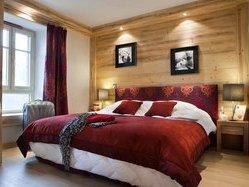 “These changes, combined with greater use of spotlights, create a twenty-first century feel within our traditional external finishes of local timber and stone,” says Richard Deans who heads MGM’s London sales team.

“Les Chalets d’Angèle is being built in response to demand for year-round holiday accommodation from people who love the outdoor life” says Richard, “at this time of year, snowboarding and bobsleighing can be enjoyed in addition to skiing in the world’s largest international linked ski area, the Portes du Soleil, which boasts 650km of slopes taking in eight French ski resorts and four in Switzerland. In summer, activities like hiking, biking and riding are on the doorstep; nearby are rafting, fishing and paragliding. It’s a family-friendly village within a 90-minute drive from Geneva Airport.” 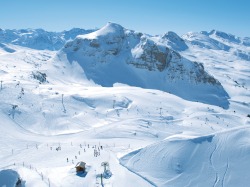 When the 73 apartments in the first phase of MGM’s development are ready for occupation in December this year, owners will have use of all the four-star facilities within the résidence, including an indoor pool, fitness suite, gym, sauna, jacuzzi and steam rooms. An OdesCimes spa will have a variety of massages and treatments on offer.

Current prices at Les Chalets d’Angèle start at €248,000 for a two-bedroom apartment with a floor area of 52m2 rising to €348,000 for a 72 m2 three-bedroom property. The prices, which exclude French VAT at 19.6% – waived under the leaseback scheme – include underground parking and cellar storage as well as use of locker rooms, a laundry and drying rooms. 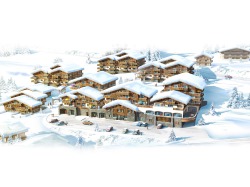 Among the first British buyers at Les Chalets d’Angèle was Kate Bayley whose home is in Bath. She paid €389,000 excluding VAT (waived under the leaseback scheme) for the three-bedroom apartment which she and her husband with their four children, aged between 10 and 20, will use during school holidays.

“The rest of the time we will benefit from the investment income which the leaseback arrangement offers,” says Kate. “I chose to buy in Châtel because it had instant appeal when I skied into it with friends during a holiday on the slopes. It appears to be little-known by anyone other than French skiers, and I like that!”