Why France Is Enjoying a Macron Boom 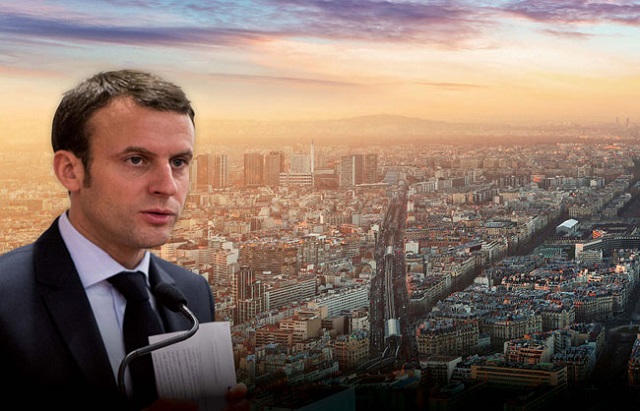 With Hollande gone and the new President in place, France has been enjoying a property resurgence in all regions. Tristan Rutherford explains what’s in it for Brits and how long it will last.

“We have one of the most positive real estate climates I’ve seen for some time,” says Alexander Kraft, chief executive of Sotheby’s International Realty France-Monaco. “Normally we expect French businesspeople to put down their pencils on July 1 – or July 15 in a busy year – before they head to the beach.” Not this summer. Kraft reports a property boom in all 50 of his offices across France. Prices are rising once again.

In the 12 months to July 2017, French property sales were at an all time high. For Kraft, the story of the country’s real estate resurgence began in autumn 2016, when it became clear that François Hollande was not running for President again. “Concern over his fiscal policies gave us the worst five years in the real estate market for three decades – and inventory built up,” explains Kraft. “As nationwide property prices remained stable, it means we now have an attractive portfolio at great rates. Naturally, more buyers and sellers have been attracted to this growing market.”

As ever, Parisian property moved first. In the first three months of 2017, the capital’s notaires association logged 10,000 transactions – a first-quarter record. In the residential 17th arrondissement, Sotheby’s International Realty recently marketed a stunning 43m2 Hausmannian apartment with parking for €500,000 – way above the city average of around €8,800 per square metre.

After Macron’s landslide election in May, the growth trend was amplified by foreign buyers, says Kraft. “Particularly with Americans bringing their strong dollars to the market.” It’s a pattern that looks set to continue. “My overseas colleagues were flabbergasted that France could elect such a youthful, positive President. I’m not mindlessly optimistic – we genuinely have a comprehensive array of properties under contract, which will only increase after the September rentrée.” Kraft’s autumn property picks include a historic four-bedroom hôtel particulier in Poitou-Charentes for €498,000. It boasts a honey-hued façade with periwinkle-blue shutters, plus 280m2 of wood-panelled interiors.

The trickle-down effect from Paris to the provinces has already begun. Matt Roberts, managing director of Pebbles Properties, one of the largest real estate agents on the Côte d’Azur, says things are looking particularly strong in the sun-kissed South of France. “There’s an expectation of positive change under Macron, an economist at heart, who was elected on a platform of growth,” explains Roberts. “Mind you, there’s equal rejoicing at the end of Hollande and the taxes he introduced.” France’s former leader saw prices tumble by 5% during his bumbling presidency. The Élysée Palace  witnessed scandal as the economic growth rate lagged far behind Britain, the US and Germany.

The ‘Brexit effect’ makes the ‘Macron factor’ appear even stronger, says Roberts. “After the inevitable Brexit downturn, even Brits are back in the Côte d’Azur market. Like other foreign buyers, they are keen to invest in an economy that seems to be outpacing Britain’s.” The currency collapse after the UK’s vote to withdraw from the European Union has also bolstered supply. “When you pair a burgeoning market with the yawning Euro-Sterling exchange rate, it’s a good time for Brits to sell, which has added more froth to the market. The recent Sky Atlantic series Riviera didn’t do any harm either.”

Pebbles Properties is currently marketing a dozen British-owned properties in Nice alone, including a 65m2 apartment with herringbone parquet and twin terraces for €350,000. It’s entirely likely that this top-floor flat will be purchased by a French national living in London with a view to moving ‘home’,a market Roberts reckons is boosting his sales figures by 20%. And if Macron really wanted to set the market alight? “A reduction in notaires’ fees would make transactions less expensive,” concludes Roberts. “While he’s at it, culling the charge for first-time buyers would have the progressive effect that ‘Help To Buy’ did in Britain.”

Alas, the stated aim of France’s new President is to burnish the economy in general, not the housing market specifically. While his predecessor hiked household taxes by more than €50bn, Macron seeks to ease the fiscal burden by, for example, snipping corporate tax from 33% to 25% by 2022. His economic shopping list goes on. The President – who also now rules the National Assembly – plans parallel pension rights for entrepreneurs, an increase in minimum salaries, and the abolition of the dreaded RSI (social security insurance payments) for the self-employed.

“It could be a recipe for success,” says Peter Brooke of Spectrum IFA, which advises foreigners investing in France. “Put simply: Macron is pro-Europe, pro-business and pro-growth. There’s a feeling the continent isn’t going to suddenly break apart, and that companies and individuals can make big decisions again.” Post-Brexit, this state of affairs bodes well for would-be expats and UK buyers. “This may sound disingenuous, but the uncertainty over Britain’s EU withdrawal has led UK buyers to consider a French investment before it’s too late. For Brits lucky enough to borrow an 80% loan-to-value, which they’ll pay back over the decades when Sterling should appreciate, it’s still a steal to buy now.”

The slow recovery from Europe’s financial woes has also kept the interest rates that Brooke quotes at a historic low. “From my side, the big driver in year-on-year property sales is low-rate mortgages,” he confirms. For foreign buyers, Brooke can offer rates of under 2% fixed for 20 years – with even better deals for locals. “While chatting to fund manager friends, it’s clear that this low-interest environment won’t change for at least three years.” Brooke makes one point clear, however: while Macron’s economic policies are not property related, the stability paired with market conditions should have a knock-on effect for the housing market.

Any clouds on the horizon? “At the top end, the picture is less clear,” says Brooke. Macron intends to switch France’s wealth tax for ultra wealthy residents (impôt de solidarité sur la fortune), with a global property tax (impôt sur la fortune immobilière). “That scenario could see wealthy individuals switching assets from properties worth over a million Euros – which are common – to other investments. That could increase supply and muddy the market. The Macron effect is tangible, but we’re not out of the woods yet.”

How to Manage Currency Exchange When Buying a Property in France?