How to Apply for French Nationality Through Marriage 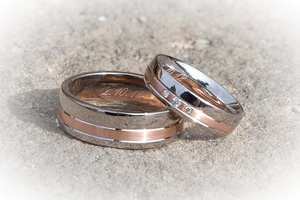 You can apply for French nationality through marriage by following the the procedure laid out below.

A foreigner can apply to become a French citizen after four years of marriage to a French national. this is increased to five years if the couple have not lived together continuously. The couple must still be married and the applicant must prove that they have sufficient knowledge of the French language to deal with situations in daily life.

How to apply for French nationality:

To make an application for French Nationality through marriage a Déclaration de nationalité française par mariage form (cerfa N°15277*01) must be completed in duplicate.

The application must be accompanied by the following documents:

Any documents in a language other than French must be translated by an officially approved Translator.

A timbre fiscal of €55.00 must accompany this application, these can be obtained from some Bureau de Tabac, Préfectures or sub-Préfectures. It is important when buying the timbre fiscal that you get the right type and not one that is meant for paying fines.

Once the application has been submitted and all the documentation is complete you will be issued with a receipt.

The applicant and their spouse will be given an interview with an officer at the Préfecture. The file is then forwarded to the Ministry in charge of immigration, which has a period of one year from the date on the receipt of the application to make a decision.

If the application is refused, the applicant has six months in which to contest the decision.

Further information can be found on the Service Public website.