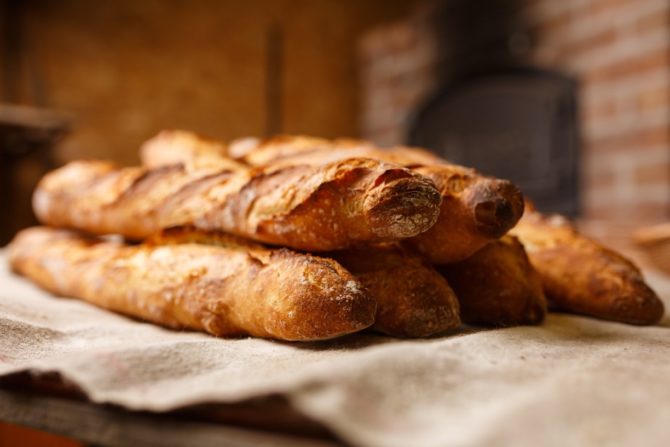 With all the fuss over school dinners in the UK, and headlines such as “Not fit for a dog” in the national papers, we asked Graham Downie how school meals compared in the West of France. Graham lives in a small village on the edge of Cognac and has two daughters (aged 4 and 6) in the local ecole maternelle.

Graham, what do your children think of their school dinners?

When we first moved here the girls suffered a slight culture shock as the teachers insist that they serve themselves but must taste everything and eat all they take. This was in line with other activities where the teaching is generally much stricter but has proved a blessing in disguise as they now eat everything we give them at home without fuss.

The girls go to school four days a week and lunch lasts between midday and 2.00pm. The food is freshly prepared on-site, using as much local produce as possible.

The meals always include a starter, main course, cheese and then dessert. Holly & Katie are so used to this now that if we try to feed them at home without a cheese course there are squeals of objection.

How much do you pay?

There was uproar in the village last month when our hamlet went “under the wing” of Jarnac, the nearest town. The price of school lunches went up to 1.72 euros per day and we thought that we were going to be asked to storm the Mairie in protest.

No need for Jamie Oliver to intervene then?

Well, he could try but I think that if I said we were importing a British chef to help prepare the lunches we’d be met with a hail of abuse and jokes (however unjust) about overcooked beef and the need to have chips with everything.

What is a typical week’s menu?

Of course it depends upon the time of year and what produce is “in season” but a typical week could be:

Sometimes it’s difficult to translate exactly what it is they’re eating and when we ask the girls they invariably say it was “chicken”. In April we saw Kangaroo on the menu and thought it was an April Fools joke…but as it turned out it wasn’t a joke and the girls said they really enjoyed it.

I’m not sure rabbit pops up too often on the menu in UK schools either – thankfully Watership Down isn’t on the reading list here yet.

How do vegetarians cope?

Haven’t actually come across any here yet.

I read somewhere that 2,000 people in the UK are turning vegetarian each week but that’s one trend that hasn’t caught on in France. I’m afraid you’d need to really scout around the specialist shops to find Quorn or any of the other meat substitutes.

When pushed the teachers told me that they would be happy to prepare individual meals and ensure the child had a varied and balanced diet.

What do they do at Christmas?

It’s pretty similar to the UK . All the children go to the local town hall for a traditional Christmas dinner of roast turkey and vegetables (but sadly no Christmas pudding or crackers with jokes about shark infested custard).

Do the older kids get to drink wine?

Ha-ha….not if the teachers are watching. It’s a liberal country and the French are pretty relaxed about weaning children onto the odd glass of vin rouge but that would be a step too far. They only get to drink water I’m afraid.

So none of the local Cognac as a digestif either?

Certainly not, although many of the pupils will indeed go on to work for Hennessy, Courvoisier, Remy Martin or one of the other Cognac houses. Besides which the young and trendy local students tend to mix it with tonic or cola and drink it as an aperitif nowadays!