Getting Married in France 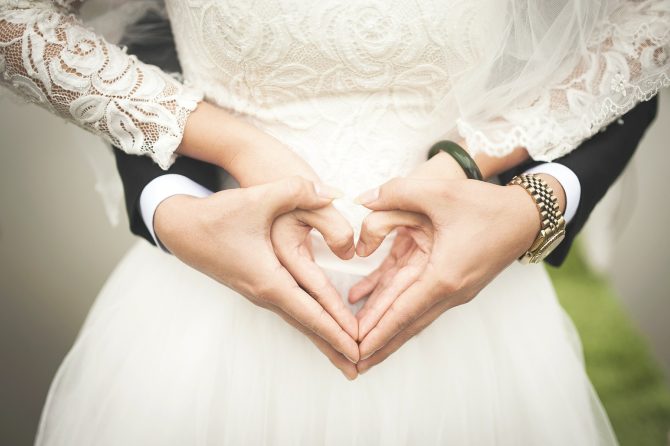 Whether you’ve already started planning your dream wedding in France or are thinking about popping the question—here’s what you need to know about getting married in France.

How to Get Married in France

The civil ceremony takes place in the town in which one of the parties to be married has resided for at least 40 consecutive days immediately preceding the marriage. In certain circumstances, such as the couple living in different towns or moving to another town, they can make a marriage application to the Mairie of the other town.

Same-sex marriage has been legal in France since 2013.

Foreign Nationals Getting Married in France

Foreign nationals can get married in France just as French nationals can; equally, a foreign citizen can marry a French citizen. Both parties must be resident in France, and you will need to translate any foreign-language documents (such as English) into French.

The civil ceremony will be conducted in French, and all legal documents, including the marriage certificate, will be issued in French. For those wanting the ceremony translated into English, the maire can advise on making the necessary arrangements.

Getting Married in France: the Civil Ceremony

The civil ceremony takes place at the mairie, and applications for the marriage, otherwise known as the marriage banns,must be published at the mairie ten days prior to the civil marriage. Your mairie will provide an explanatory written guide of the documents required. Most mairies take approximately 4–6 weeks to process an application, and it is advised to meet with them in order to determine their exact documentary requirements (documents may need to be issued three months prior to the date of marriage or publication of banns).

The ceremony is performed by a French civil authority (maire, adjoint, or conseiller municipal). At least two and at most four witnesses should be present. The witnesses must be chosen in advance and can be of any nationality, providing that they know enough French to understand the proceedings without a translator. They will also need to provide proof of identification. These factors are very important.

The Ceremony and Reception

During the service, the maire reads aloud sections of the civil code enjoining the couple to be committed to each other and share an equal role throughout the marriage.

Guests can attend the ceremony, but how many depends on the facilities of the mairie. The marriage ceremony will last about half an hour.

After the ceremony, confetti can be thrown over the bride and groom and photographs taken outside. The wedding party can then proceed to a reception, perhaps at a hotel or alternative venue.

A marriage certificate (livret de famille) will be issued after the ceremony. This is an official document to be used for all future family events, such as births, deaths, divorce or name changes.

If you would like to obtain further copies of the marriage certificate you will need to write to the mairie where the marriage took place (state the date and place of your marriage, plus your full names, including maiden name).

Documents Required to Get Married in France

As with any legal procedure in France, there is a substantial amount of documentation required. All documents must be the original, and any documentation that is not in French must be accompanied by official translations translated by a Traducteur Assermenté. The following documents are usually required:

A prenuptial agreement is a legal marriage contract entered into by a couple prior to the marriage or civil union and can change the set of marriage rules known as the marital regime. The marital regime establishes the rules that apply between the spouses, both during the marriage and afterwards, in the event of separation, divorce or death. Without a prenuptial agreement, a couple will fall under the statutory regime known as communauté d’acquêts (common ownership of property acquired during the marriage); however, it is not suitable for everyone.

Notaires de France outline the benefits of drawing up a marriage contract: “[The statutory] regime, designed for general cases, has certain limitations when a particular situation arises in relation to family matters or assets. This is especially true when spouses carry on an independent profession entailing financial risks. In this case, a more appropriate status is advisable.”

The contents of the prenuptial agreement will depend on individual circumstances, but it is often used to agree on the division of property, business assets, and the custody of children should the couple divorce. It is also advisable between couples of different nationalities since the marriage laws can vary between countries as pertaining to such matters as divorce, division of assets, selling homes or businesses, giving gifts to children or settling an estate.

Notaires are the only professionals authorised to prepare prenuptial agreements. They can explain the options and draw up a customised marital regime.

Other Types of Marriage Ceremony in France

While all legal marriages must take place at the mairie, it is also possible to organise a church wedding or other type of ceremony in France. A civil partnership or PACS is another possibility.

Some couples may choose to get legally married in their home country and have a religious ceremony in France.

Couples can also enter into a civil partnership known as a PACS (Pacte Civil de Solidarité) in France. In France, the PACS has become a very popular alternate for couples who do not wish to get married but wish to purchase property together, raise children together, or take advantage of some of same the tax benefits and legal protections afforded married couples.

Read more about getting PACS in France.

A very popular type of blessing is a Humanist wedding ceremony. The advantage of this type of ceremony is that it can be in any location, taking advantage of the many beautiful settings that France has to offer.

Whether you’re moving to France with family or planning to raise a family in France, FrenchEntrée is here to help! Our Essential Reading articles cover everything from maternity and childcare to the French education system to caring for elderly relatives.