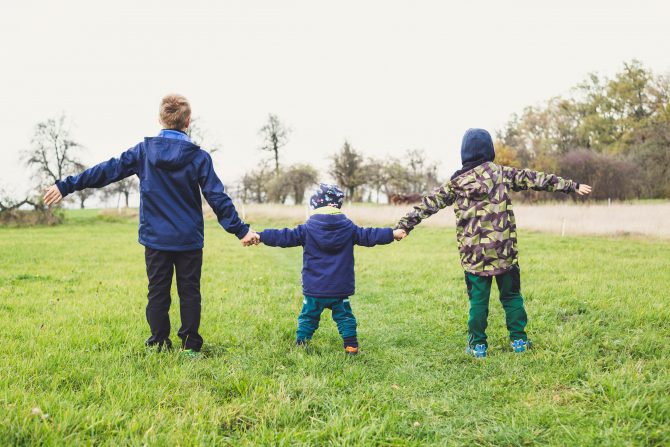 Whatever your reasons for wanting to raise bilingual children in France, learning languages can be a gift to your children, opening up a world of new experiences and opportunities. Scientific research has even found evidence of bilingualism contributing towards delaying the onset of Alzheimer’s disease.

To help you succeed in this long-term goal, here are a few tips to help you start, or continue your children on their bilingual or even multilingual journey!

Speaking English and French at Home

What are your options for raising bilingual children in France?

One language at home, another in the community

If French is not your native language, you might consider placing an emphasis on using your native language at home, whereby one or both parents use that language to communicate with each another or, in addition, to the children. As your children enter the school system and formally learn French, they will rapidly increase their level of proficiency and French will inevitably surpass their conversational native language.

One parent, one language

If you have young children and are going to be needing childcare, babysitting websites make it very easy to find someone who meets all your requirements and also from a language perspective. This can be a great way for your child to learn and reinforce basic vocabulary.

Learning a Second Language at a French School

At this stage, some schools may even cater for native English speakers and provide them additional and advanced classes and help them to prepare for language proficiency tests such as the Cambridge Assessment English Exams.

The following year, in 5ème, students in French schools are given the option of learning another language, primarily Spanish, German and Italian. In some schools, learning Latin may also be a possibility.

Your local MJC (Maison de la Jeunesse et de la Culture) organises English classes for children from the age of 4 and other languages from the age of 9. The classes at the MJC are very popular, so be sure to keep an eye on the enrollment date which is in early June to avoid disappointment.

If your children are between the ages of 3-11 and enrolled at an école primaire (primary school), a second language is not included in the curriculum at this stage. It is possible the school may provide students access to a private language club during lunchtime through an external association. If not, you might like to propose your informal services or suggest the creation of a club to the parent’s association active at your children’s school.

A fun way to motivate your children to progress on their language adventure is to download a language app to your smartphone or device. Duolingo is one of the most popular language apps, with a multitude of languages to choose from. There are many other free or paid apps for you to research and select.

Whichever method you choose to adopt in your household, the benefits of multilingualism will happily remain with your child forever!

Whether you’re moving to France with family or planning to raise a family in France, FrenchEntrée is here to help! Our Essential Reading articles cover everything from maternity and childcare to the French education system to caring for elderly relatives.