Making an Insurance Claim in France 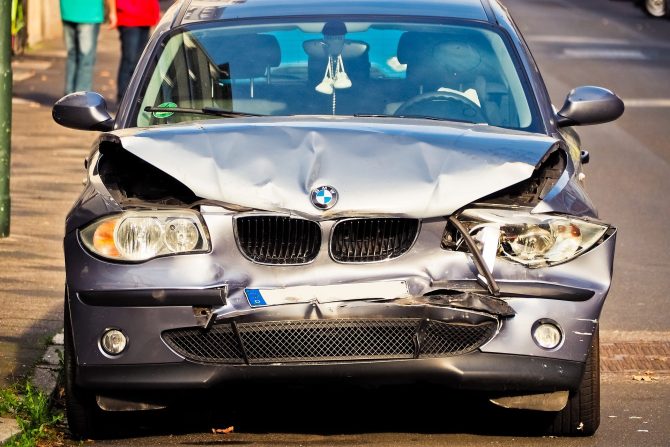 Whether you’ve been involved in a car accident or experienced flood damage on your property after a storm—there’s a specific procedure to making an insurance claim in France. Here’s what you need to know.

How To Make an Insurance Claim on Your French Insurance

Every insurance company has a slightly different claims procedure and it’s a good idea to enquire about this at the time of signing your insurance policy. However, there are some general guidelines that apply across the board.

When to make an insurance claim

The time limit on making an insurance claim in France depends on the type of claim you need to make. Generally, you must inform your insurance company of a claim within five days in the case of damage to your property and within two days in the case of a theft taking place. For damages caused by natural disasters (catastrophes naturelles), this is increased to ten days after the public announcement of the disaster.

While there may be exceptions to these time limits (for example, a theft or damage that was not discovered until you return from holiday), in some cases, failure to report the incident may result in your claim being denied. In either case, the best advice is to contact your insurance company as soon as possible.

Most claims need to be made directly with your insurance companies and can be done either by phone or in person. There will typically be a claims form to fill in, detailing the occurrence, the damage done, and the claim being made. You will also need to provide proof of the theft or damage.

In the event of damages at your French property, for example, from a fire, storm, or water leak, you must contact your insurance company within five days. Expect to be asked for full details of the damage, evidence of ownership for any items damaged (where applicable), and an estimate of the value of the damage. Your insurance company may send a representative round to assess the damage for themselves.

For damages caused by a natural disaster there is typically a different application process to follow when it comes to making a claim. However, natural disasters are only treated as such by insurance companies if there is an official declaration of a catastrophe naturelle made in your region. Don’t assume, for example, that storm damage to your property will fall under this category.

In the event of a burglary at your French property or a theft of your car or items within your car, you should inform the police at the earliest opportunity. An official police report dated within two days of the event (or discovery of the event) will be essential for making your claim.

Expect to be asked to provide a detailed list of the items stolen, evidence of their ownership where applicable (such as a receipt of purchase or photos of the items), and their estimated value.

Most home insurance policies will cover items stolen during a burglary (but check your insurance policy carefully for any exemptions), but you will need proof that a theft has taken place – a forced entry, for example. It’s unlikely that you will be covered in if the theft was your fault (leaving a window open or your car unlocked, for example), and there is no sign of forced entry.

Car Insurance Claims: What To Do If You’re Involved in An Accident

In the event of a car accident, an accident claim form or constat amiable d’accident must be filled in at the time of the accident and signed by both parties. This must then be returned to your insurer within five days.

Note that you should return the form to your insurer even if the accident was not your fault or if no claims are being made – making your insurer aware that the form has been filled in will protect you in the event that any claims or disputes are later made by the other party. If no claim is lodged you will not lose any of your no claims bonus by submitting an accident form.

At the scene of the accident

It is imperative that both parties fill in the accident form at the time of the accident, but occasionally you may run into problems with this. If for some reason the other party refuses to fill out a form, you should take down their details and car registration number (and take photos of the car and damage if possible).

If you are unsure of what you are declaring on the accident form or there is a dispute over which driver is to blame, you should still fill out the form – however, you should NOT sign it. This form will be used as official evidence, so you won’t be able to retract your statement if you’ve signed it. If another driver refuses to sign the form, you should make a note of the vehicle registration number and take the details of any witnesses or police officers.

Read our article on Car Insurance in France.

Ready to Get Insured In France?

Whether you need homeowners insurance, car insurance, or want advice on how best to protect your French assets, FrenchEntrée is here to help! Read the rest of our Essential Reading Articles, then get in touch with our trusted insurance providers for a quote or advice on your French insurance needs.