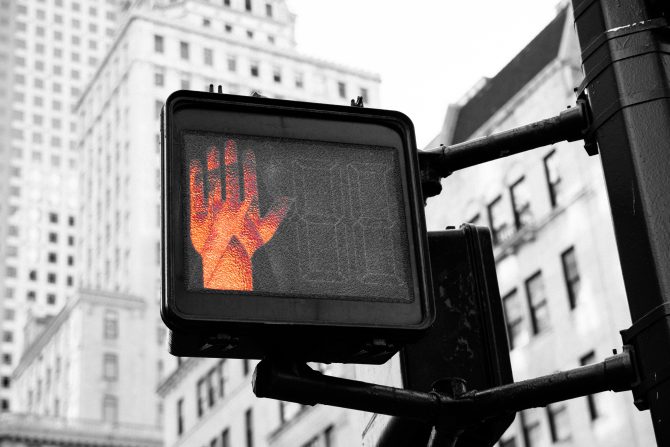 French mispronounciations and other humourous mistakes.

An American in Paris, I was eating in a café. When the waiter approached and asked if I needed anything else, I replied (in my best high school French): Non, merci. Je suis fini. The waiter laughed, and made clear to me, by crossing his hands across his chest and bowing his head, that what I had just said was: ‘I’m going to die’ or ‘I’m finished’ (professionally). To say ‘I’m finished’, the proper phrase was simply: ‘J’ai fini’.

Upon arriving in France, where I now live, I used to tell people that in my home country, people don’t baise each other as much as French people do. In contemporary French, baiser no longer means ‘to kiss’, but has become a very vulgar word for ‘to make love’ – if you know what I mean!

Editor’s note: Faire une bise à quelqu’un is the correct phrase to use for ‘to give someone a kiss’ or play it safe by using the verb embrasser ‘to kiss’.

My sister had baked the largest Christmas turkey we’d had in several years. When asked by her French-speaking mother-in-law how she managed to get the turkey so brown and well cooked all over she proudly responded J’ai baisé la dinde toute la journée, wanting to say ‘I basted the turkey all day’. To which her mother-in-law replied with a very straight face: ‘really, I hope the bird was still alive’. Best laugh we had at any Christmas. She should have said: J’ai arrosé la dinde toute la journée.

3) In bed with a firm sailor: Matelas/Matelot

One morning my French friends asked me if I had had a good night’s sleep. I nodded and added with a wide grin that the mattress is very firm. Some of them burst out laughing and some just stared at me. I then realised that I should have said matelas for ‘mattress’ and not matelot which means ‘sailor’.

I have difficulty enough trying to get my tongue round French words but I was determined to say merci beaucoup (thank you very much)… only to find out weeks later that with my slight mispronunciation I was saying beau cul, nice bottom!

Whilst living in France for a year, I was keen to try out any new words I came across. I noticed in the phone box that I was instructed, introduisez votre carte, insert your card. Remembering the verb introduire, I later found the opportunity to use it to impress a handsome guy who was a friend of a friend. When asked whether we’d met before, I answered: Non, on n’est jamais introduit. My pride turned to blushes when I was told that I said we’d never been inserted!

After two weeks of skiing in France, we took a cab to the station to catch our train. We had little time left before departure and the road was full of snow and very slippery, so I was very worried about whether we could make it. But we arrived in time and I wanted to compliment the driver on his ability to drive under these conditions, so I said Vous chauffez très bien! The driver smiled at me very curiously and afterwards my friends explained that I had told the driver that ‘he heated up very well!’

Editor’s note: To compliment someone on their driving say ‘Vous conduisez très bien’, while le chauffeur is the French word for ‘driver’.

In France, I popped into a restaurant to cool down as it was boiling hot and I had just been on a bike ride and was sweating like mad. When I tried to explain to the waitress that I was hot – Je suis chaud – she looked outraged and marched off, refusing to take my order. It was only later that I realised that I had said I was hot … for her!

The French for monkey is un singe, the French for laundry is le linge and tumble dryer is un sèche-linge. Maybe you’re ahead of me already! I had an architect into my kitchen in France. I just had the word singe stuck in my head and I wanted to say to him: “This is where we are going to put the tumble dryer”, but it came out as: C’est ici qu’on va mettre le sèche-singe – this is where we are going to put the monkey dryer! The architect tried to keep a straight face but couldn’t stop himself and then I realised what I’d said. You can imagine what an idiot I felt.

I work in the NHS, and was once called by the hospital manager who knew I spoke French and needed me to translate to a holidaymaker and his wife. The holidaymaker had suffered a mild heart attack and needed a few days in bed. I explained this, added that there was no need to worry, and asked if they wanted to know anything. The wife asked if her husband could have a single room.

I translated for the manager, who told me to say that they could, but they would be charged. I announced Certainement, mais on doit vous charger at which the old couple went white. It turned out I had used the wrong verb for ‘to charge’ and they were expecting to be physically assaulted if they had the single room. I should have used the verb faire payer.

Working in France some years ago, I had an English colleague who was paid by a well-to-do French couple to have dinner with them once a week. The reason was so that they could practise their English and my friend got to practise her French, too. One evening, the couple enquired what her boyfriend did for a living. As he organised trade exhibitions, she replied Il est exhibitioniste. She wondered why the silence was long and stony, and only realised much later that she had, in fact, said ‘He’s a flasher’!

Editor’s note: Just goes to show you can’t always be ‘flash’ with your French. Not all words that look the same in English and French mean the same thing! The word for exhibition in French is l’exposition and the word for an exhibitor is un exposant.

On a French exchange, one of my friends was having dinner with her French family. At the end of the meal, they asked her if she would like any more, to which she replied Non merci, je suis pleine, thinking she was saying ‘No thanks, I’m full’.

Not surprisingly, her host family were a little concerned as she’d effectively said ‘No thanks, I’m drunk’! This was compounded by the fact that she’d had a slight sickness bug when she arrived and had been sick on the first two mornings of her stay. The host family were concerned and wanted to contact the accompanying teacher immediately – the girl was only 15! But they eventually worked out what was going on without having to make the call!

Editor’s note: Such an easy mistake to make! Plein/e does indeed mean ‘full’, but in the context of feeling full after a meal, use the phrase ‘J’ai assez mangé’.

These quotes come from the BBC website, and editor’s comments are those of the BBC. The BBC language pages are an excellent resource for French language learners: Read more language mishaps on BBC – Lost for Words