Learning French can make you smarter 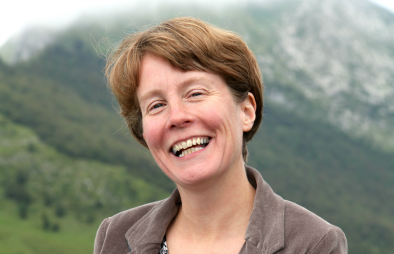 Two Words for the Price of One

There’s no denying that the route to being bilingual is paved with imperfect conjugations and an awful lot of stress. In French, getting a grip on those tricky past tenses with the choice of être or avoir can take an age. And as for the le or la conundrum every time you use a noun, it takes a few years before you begin to choose through instinct rather than learning. But surely there must be a benefit to all the hard work required to master another language? The good news is that research would suggest this is so.

First up, there is evidence that shows speaking a second language regularly can improve your brain power. The mental agility needed to make that split second choice between chausseurs and chasseurs when asking where the shoe shop is (one of my failings!), or switching between vous and tu as appropriate, keeps your grey matter honed. Apart from the advantages this bestows as we get older, it also means you can throw away your crossword puzzles and those gadgets designed to test your smarts. Just get down to the market and have a good old natter instead and the results will be the same.

Studies have also revealed that people who are bilingual are better focused than those who can only speak their mother tongue. Acquiring a second language develops a heightened ability to isolate important facts from background information and to tune out irrelevant chatter.

Anyone who has socialised in French will know the feeling of listening to Madame Rogalle from next door as she relates the latest gossip at a rate of knots, leaving you to grasp every fifth word and try to make sense of the conversation from that. Perhaps it’s some compensation to know that these mental gymnastics, which are exhausting, become easier as time passes and make us sharper to boot.

But apart from the scientific evidence that all points to the cerebral benefits of leaning another language, there is a social aspect to this too. Being able to speak French fairly fluently can only enrich your life. Suddenly it’s no longer a hassle popping down to the hôtel des impôts to discuss your taxe foncière bill.

Calling Orange to set up an internet connection isn’t something that makes you palpitate. And accepting an invitation to a New Year’s party no longer fills you with dread. Apart from having to endure hours of Johnny Hallyday, of course!

Then there’s the cultural side of things. Imagine being able to watch French films without needing subtitles. I’m a big fan of the Parisian police drama Spiral (Engrenages in French) and get immense satisfaction out of catching phrases and asides that don’t even make it into translation. And reading your favourite French authors in the original can only enhance the experience.

Last but not least, there’s the enlarged vocabulary that comes from being bilingual. When words fail you in English, you have another set to hand, often better suited to the purpose. It’s like having two words for the price of one. The all encompassing Dommage! is unsurpassed in Anglo-Saxon. Likewise, Bref! is brilliant for pulling things back to a point – although the French concept of bref is much longer than mine!

So perhaps it’s no surprise that many of us revel in having a second language. And if you are lucky enough to live with someone who also speaks your adopted tongue, it’s like having a secret code. Amongst non-speakers, you can converse openly yet privately. But I must add a cautionary tale. A couple of years ago an acquaintance of mine was travelling through Japan by train with his girlfriend, both of them bilingual in French.

Aware that the occupants of their carriage might speak English, he chose French to comment on the dour-faced woman opposite, saying how sour she looked. Much to his consternation, the Japanese woman turned to face him and in perfect French replied: ‘Il ne faut pas juger les gens sur la mine!’ (Don’t judge people by appearances.)
And on that note, I’ll wish you bonne chance with your French learning. Here’s to many years of mental agility to come!

Julia Stagg is a linguist and language teacher who writes fiction set in the Ariège region of the French Pyrenees. Her latest novel in the Fogas Chronicles, The French Postmistress, published by Hodder and Stoughton, in September 2013, to find out more visit Julia’s website www.jstagg.com
Photo of the author courtesy of LemonWedge Productions