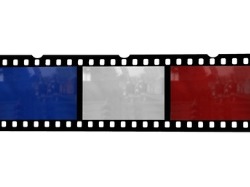 Watching films in French is a great way to familiarise yourself with the language, wherever you are in the world. Settle down with a DVD at home and just allow the words to wash over you. This simple exercise will help your ear to ‘tune in’.

But if after several attempts you are still struggling to keep up, then switch on the sub-titles and see if looking at the French words as they are spoken helps you to identify them. Failing that, watch the film with English sub-titles until you grow in confidence.

If you buy a French language film and want to watch it outside of France, it might be worth checking first to make sure that the disk will be compatible with your DVD player by referring to the DVD region code indicated on the box.

If you have the opportunity next time you are in France, why not go to the cinema? Over the course of a 90 minute listening exercise you’ll have earned your popcorn! Below is a list of popular French films, give them a go: