Out of This World

The astronomical clock (horloge astronomique) at Cathédrale Saint Pierre in Beauvais attracts a paying audience five times per day, once an hour between 10.40am and 4.40pm. The clock’s 53 dials display the time, tides and positions of the stars in the sky. It is 12m high, nearly 3m wide and has 90,000 parts, which took some three years to assemble. It has taken pride of place in St Sacrement Chapel since 1876 with its 68 automatons that act out a 25-minute spectacle of scenes from the Final Judgement. When the cockerel crows, the show is about to begin…

On 31 July 1988 the clock stopped working. However, this led to the founding of a team to bring it back to life and maintain its splendour. The clock’s current guardians include five Meilleurs Ouvriers de France (Best Craftsmen of France), among them a painter-decorator and a micro-mechanic.

One of the biggest draws inside the Cathédrale Notre-Dame d’Amiens is l’Ange Pleureur (the weeping angel), a chubby cherub who appeared on countless postcards, medals and other souvenirs sent across the British Empire during WWI. Representing human mortality, one of his hands rests on an hourglass, while the elbow of his other arm leans on an ominous human skull.

The exterior of the cathedral features an entertaining set of carvings which depict the 12 signs of the zodiac and the attributes associated with them – what will they say about you? Situated above the zodiac carvings are a couple of unusual statues on the portal – two decapitated martyrs who hold their severed heads in their hands.

Thanks to its proximity to Paris and status as a Plus Beau Village de France, complete with cobbled streets and medieval houses, the residents of Senlis are used to finding movie stars and camera crews in their midst. Arsène Lupin (2003), starring Romain Duris, Kristin Scott Thomas and Eva Green, was filmed at Cathédrale Notre-Dame de Senlis. The period thriller was adapted from the crime novel of the same title and sees a daring thief, Arsène (Duris), stealing from wealthy Parisians and searching for a necklace once worn by Marie Antoinette. Other films shot at the village have focused on one of its many abbeys. In total, over 100 films and TV productions have been shot in Senlis, including Le Comte de Montecristo (1997) with Gérard Depardieu and Peau d’Ane (1970), starring Catherine Deneuve.

Skertzò are specialists in son-et-lumières (sound and light shows) that have been commissioned by the likes of Hermès, Cartier and Ruinart to help them mark special events in style. For the sadly incomplete Cathédrale Saint Pierre in Beauvais, the company created a mesmerizing 30-minute show, La Cathédrale Infinie, which is staged twice an evening each summer. It sees the cathedral’s design reproduced in stained glass and turned into an enormous church organ. Even the statues on its facade are brought to life, singing from their hymn books.

In addition, The Cathédrale Notre-Dame in Amiens boasts a son-et-lumière, not just in the summer, but also in winter, to coincide with the city’s Christmas markets. Once it gets dark, projectors work to transform the cathedral to its former polychrome glory, highlighting each of its statues in the bright colours that they were originally painted with. 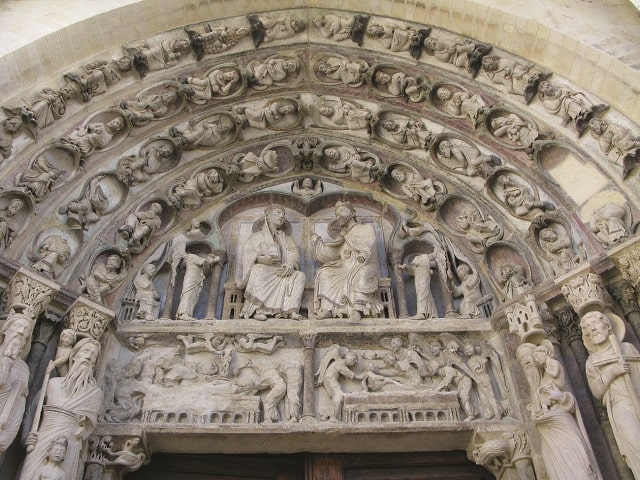 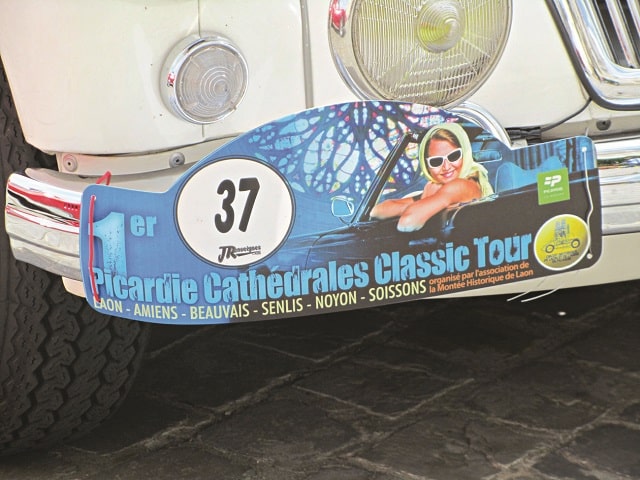 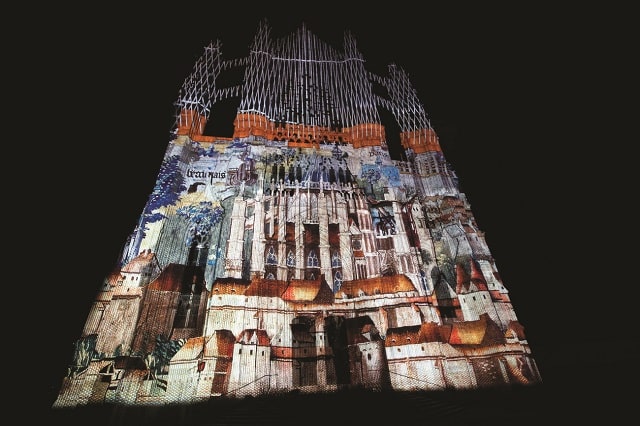 After enjoying breakfast in front of the cathedral in Laon, the voitures anciennes set off on a 450km journey, passing through three départments and plenty of poppy fields. En route, the participants took guided tours of each of the six cathedrals.

The second edition of the Picardie Cathédrales Classic Tour will be held in spring 2014. Up to 40 vehicles are set to be involved in the event, which will take in the region’s châteaux and abbeys.

Look upwards outside the Cathédrale Notre-Dame de Laon and you’ll be greeted by the sight of 16 carved stone oxen named Les Boeufs de la Cathédrale (The Oxen of the Cathedral) staring back at you. Legend has it that the cathedral was constructed with stone carried from the quarries in the surrounding valley by oxen, one of which is said to have been ‘heaven sent’.

The story goes that, while a team of oxen was pulling one of these carts full of stone, one of the animals became so exhausted that it was unable to continue. The driver stopped to let the ox rest and prayed for help. However, no sooner had he done so, than another ox appeared from nowhere to help finish the job, but disappeared as soon as the work was done.

Inside, the galleries of the cathedral are accessible on a guided ‘Head for Heights’ tour, providing visitors with an opportunity to look at some of the original statues that were removed from the facade and replaced with replicas. The tour also includes a 200-step ascent up one of the towers, to a panoramic viewing platform.