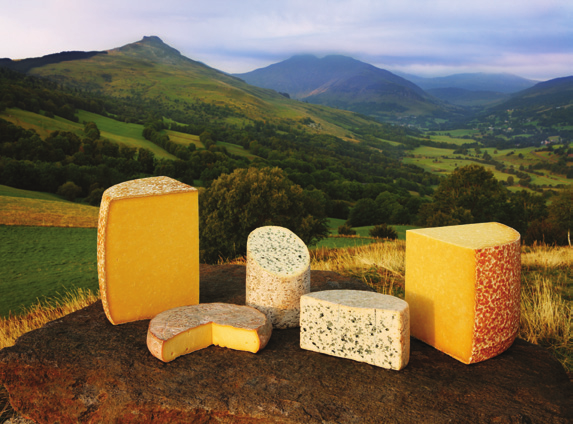 The region’s volcanic soil has helped shape every aspect of its gastronomy. From the cows that graze on it to the grapevines that are planted in it, the Auvergne produces food and drink unlike any other part of France.

Of the many local products protected by an Appellation d’Origine Contrôlée (AOC) label are five types of cheese: Bleu d’Auvergne, Cantal, Fourme d’Ambert, Saint Nectaire and Salers. See them take shape on the Route des Fromages, which points out 40 places of interest.

An annual springtime event known as Printemps Bienvenue à la Ferme is another opportunity to promote interaction between the farmers and the public. You can purchase cheese and other local ingredients direct from the producer or enjoy them at restaurants around the region.

In particular, those under the Chefs Toques d’Auvergne umbrella are committed to using local produce on their menus. There are several Michelin  starred establishments in the area.

The staple ingredients are locally sourced and seasonal. Le Fin Gras du Mézenc refers to marbled meat from cows raised in the Mezen mountains. It is available February – June exclusively. 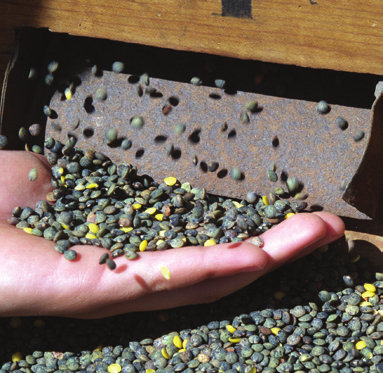 Puy en Velay is famous for its tasty green lentils. Owing to the fact that they are grown in volcanic soil, these lentilles vertes du Puy en Velay are unlike any other. They are protected by an AOC label and often served with sausages.

Pork also makes an appearance in la truffade, a traditional dish combining Craponne potatoes with melted cheese and smoky bacon. La potée Auvergnate is an equally hearty meal in the form of a stew made of various pork products and cabbage. 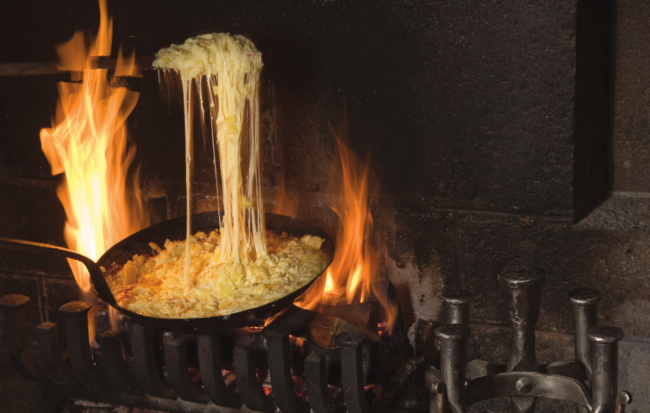 Different types of mushrooms appear during the year, but come November, there are mushroom fairs held in Saugues, La Chaise-Dieu and Saint-Bonnet le Froid.

In the summer, berries such as strawberries, raspberries and redcurrants are plentiful. Used in jams and drinks, they can be enjoyed all year round!

The Auvergne is also very proud of its wines, which come in red, white and rosé varieties. Some of the better known include: Saint-Pourçain AOC, Côtes d’Auvergne and the vins de pays du Puy-de-Dôme.

As well as grapes, there are plenty of verbena plants growing here. Some are used to make a green liqueur, Verveine du Velay, while others are used in herbal teas. A locally produced beer, Vellavia, is golden in colour and produced from a variety of barley saved for this purpose.

However, one of the best-known drinks to come out of the Auvergne has to be mineral water – who hasn’t heard of Volvic? The region’s volcanoes help to filter the water, which is so prized that it is also used in spa treatments, a pleasure to enjoy guilt-free!