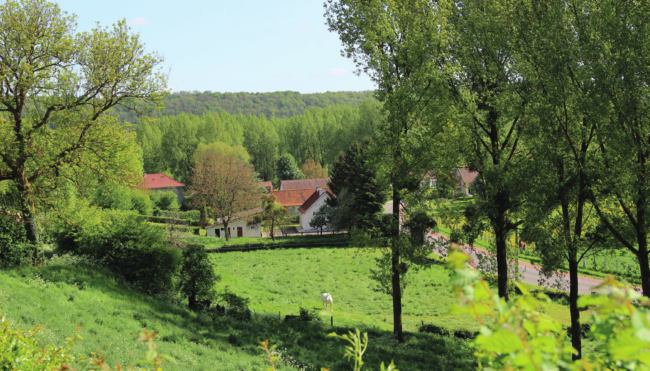 Author Janine Marsh up and left London for the land of Ch’ti after falling head over heels for a crumbling farmhouse in the village of Sempy, Seven Valleys

Why did you choose this village?

I feel like my village chose me! I arrived in Sempy in the Seven Valleys, Pas-de-Calais on a cold, wet grey February day. As I got out of the car to look at a bargain basement farmhouse, the sun came out and the church bells started ringing – it felt like fate.

What were you looking for when you bought the property?

I wasn’t! I was offered a cup of coffee by an estate agent who persuaded me to look at his cheapest properties and then that fate thing happened.

Were there any hiccups?

Not really, apart from having to persuade my husband to sell his beloved Jaguar to provide a deposit for the house.

What aspects of village life do you love most?

People are friendly and they take time to talk. The first time I went to our local bar, every single person in the bar shook hands with me and said hello. I was astounded and charmed. But this is normal here, people say hello in shops, in the street, it’s a very welcoming place.

I love flammekueche, a sort of northern French pizza made with sour cream. And cakes, bread, cheese – especially the local smelly Maroilles… all of it really, which is why I’m on a permanent diet.

This part of France has a long and rich culture and history. It always amazes me when I go to Boulogne-sur-Mer to think that Julius Caesar was here to launch his invasion of England. Later Napoleon contemplated the same thing in the same place. And, later still, this area was scarred by the battles of WWI and WWII – though now it is a land of rolling hills and poppy fields and peaceful hamlets. Architecturally this is an area that’s rich in Art Deco; nearby Le Touquet for instance has some wonderful villas and a beautiful listed covered market.

I’ve been welcomed and accepted without fail. Last year we went to a Neighbours’ Party. It’s an annual event in France. We headed for the garage of our friends Rémy and Josianne and joined the locals for a barbecue and disco. Dancing next to a boiler system with ‘Feeling Hot Hot Hot’ blaring out was memorable; as was being given a huge wedge of Epoisse cheese. It was like eating congealed old socks.

How was your French when you arrived? And how about now?

My French was schoolgirl level and though it’s better now, it’s not great. Largely this is because my neighbours have their own language – Ch’ti. The word for chair in French is chaise, in Ch’ti it’s cayelle. I have a Ch’ti dictionary but it’s hard to learn – lots of “sh” sounds, it makes you sound drunk.
Regardless of how bad I sound, I speak to everyone in French and sometimes they laugh but mostly they say they think my French is cute. 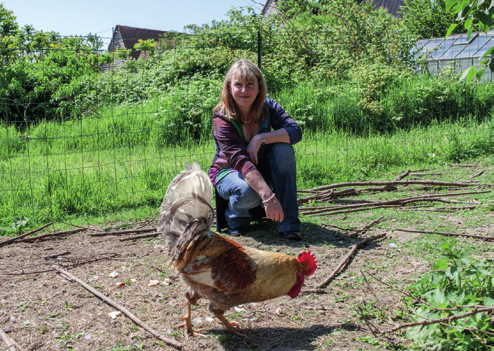 How it has changed me is probably the biggest surprise. I’ve turned into a mad cat lady, mad dog lady and mad chicken, duck and geese lady. I never had an animal in the UK, I didn’t have the time or the inclination. Here I am a magnet for stray dogs and cats and I love them to bits.

What is your favourite French phrase?

Janine Marsh is the author of My Good Life in France. She lives in the verdant Seven Valleys area of Hauts-de-France.