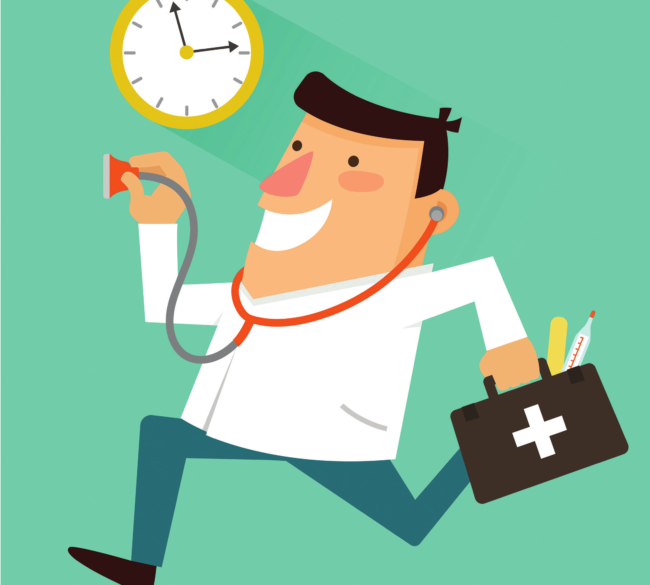 Nadia Jordan clears up a few myths about the French health system and recalls her first dash to A&E, maimed builder in tow

When we moved to France, I can honestly say that the French healthcare system was not part of our raison d’être. Yet, this is so often the assumption made by the French as to why foreigners come to their country.

I have lost count of the number of times a French friend or acquaintance has nodded wisely and told me very firmly that, “Of course in England you have to pay for healthcare.” It is no good trying to explain the NHS, nor that I will never get used to having to pay when I visit the doctor here in France. As far as the French are concerned, in the UK, if you can’t pay, you don’t get seen by a doctor.

I think it is because the French tend to lump together the ‘Anglo-Saxons’ and the Americans and they hear so much about the lack of social healthcare in America, they presume other countries are the same. Ironic then that, in Britain, there is the prevailing presumption that many foreigners come to take advantage of the NHS, despite the fact they probably do not even understand how the NHS works.

We certainly didn’t know much about the French system until we got here. Although we now understand why it is the envy of the world and, despite its cost, also the pride of the French. My first experience was, as these things often are, an emergency. A Polish builder (who spoke not a word of French)  working on the house next door managed to slice off his finger on a circular saw. The first I knew of it was him standing on my doorstep pouring blood and asking where he could find the hospital. As soon as we arrived, a doctor rushed him into a treatment room, dosed him with painkillers, sewed back his finger, bandaged him up and sent him away with antibiotics, no questions asked. It was obvious he was neither local nor French but there was certainly no question of asking for his passport or papers before treating him as is the case in many parts of the world (and the current suggestion for the NHS).

Healthcare in France is universal and everyone has access to it irrespective of age, income or social status. Depending on your situation, a percentage of your income (a high percentage – it is social charges which are high in France, not tax) goes to fund the Social Security system. If you don’t have a job, a percentage of your benefits fund it and, if you are homeless or earn under the minimum wage, a universal health insurance covers everything.

Ironically, considering the comments from every French person I have ever discussed it with, one of the biggest differences between the French and British systems is that, in France, treatment is not free at the point of delivery. A visit to the doctor costs €25, which is then refunded up to 70% by Social Security. It is the same for prescription drugs and specialist treatments including certain alternative therapies. To make up the difference, 90% of the French population have a mutuelle; a complementary insurance policy.

Certainly, the French have one of the highest life expectancies in the world – well over 80 in this region. But that may be due to the wine rather than the healthcare…

Nadia has been living in the Ariège, Southwest France, with her husband and four children since 2003. She runs property search agency www.foothillsoffrance.com