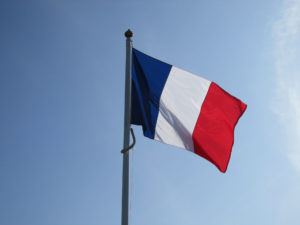 Why do English domicile rules affect my French property?

If you own property in France you should to be aware of the rules around ‘domicile’. Daniel (Dan) Harris, Head of International and Cross-Border at Stone King LLP, explains why.

Your domicile is important is because the country of a person’s domicile at the date of their death usually has the authority not only to tax the worldwide assets of their estate, but also to determine the succession (who gets what), regardless of what your will says.

The problem is, that different countries have different tests for a person’s domicile, with significant consequences on how their estate is taxed and divided.

For example, in France ‘domicile’ is essentially the place where you live, while the definition in English law, is not merely where you live, or your nationality or where you were born, as illustrated by the case-study below.

Mr Adams was an investment banker born in England in 1962. His parents were from Liverpool and they moved to Hong Kong permanently in 1972.

However, if we choose to leave one jurisdiction and move to another with the intention of remaining there permanently, we can acquire a ‘domicile of choice’, which supersedes a domicile of origin. The problem is that ‘intention’ is not measured by what we say, or even what we think, but rather by what we do. It is also not analysed definitively until a person dies, because only then can their real ‘intentions’ (based on their actions) be determined.

Because Mr Adams’ parents settled in Hong Kong, sold all of their possessions in the UK and even purchased burial plots in Hong Kong they demonstrated that their intention was to remain in Hong Kong permanently, which meant they acquired domiciled of choice in Hong Kong.

Because Mr Adams was a minor, he acquired from his parents a Hong Kong domicile of dependency until he was 18.

In Mr Adams’ case, he spent the next 27 years working and living in England. He had no assets in Hong Kong and so his domicile of origin would have ‘revived’ extinguishing his Hong Kong domicile of choice.

However, in 2007 Mr Adams ‘fed-up’ with the UK moved to France permanently and so acquired a French domicile of choice instead. Unfortunately, in 2010 Mr Adams was made redundant and took a fixed-term contract in Dubai. Eleven months later he was killed in a car accident.

Mr Adams was unmarried and died without children and without a will. He left a rental apartment in London, a house and holiday apartment in France and bank accounts in Dubai, France, Hong Kong and England.

This example shows that questions of domicile are not always ‘black and white’ and that it is important to understand domicile if you have assets abroad and draft a will accordingly.

Mr Adams’ family had to decide which jurisdiction would offer the most acceptable succession and taxation outcome and to build a domicile case to fit.

In this particular case, the family decided French domicile offered the best outcome. The case was put to and accepted by the English and French tax authorities and the administration was completed successfully.

The nature, the value and the location of the assets, as well as the number and relationship of the beneficiaries, will deliver a different result every time. In these complex domicile cases it is imperative to take professional advice when drafting a will to cover international assets, or when dealing with probate for such a case.