At home in the Alps 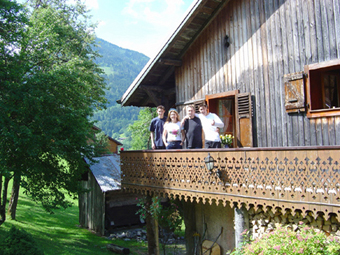 The Gebbie family are moving over, one at a time

The past few months have been some of the most hectic and stressful in our lives, but also some of the most rewarding. We had always had an ambition of living in France, but the idea of moving raised doubts and fears too. I originate from New Zealand so I’ve never really felt settled in the UK, but for my wife – born and bred in England – moving abroad was a different prospect and we also had the children to consider. Would our two teenage sons be prepared to move abroad and leave their friends?

As a family we’d always enjoyed our holidays in France and had travelled to many parts and regions, but one area we’d never been to was the Alps – Haute Savoie. It wasn’t until we were invited on a skiing holiday to Les Houches back in 1999 that we realised what a wonderful area it was. This re-lit an old flame of an idea we’d had about buying a holiday home abroad (we had originally thought about buying a place in the South West of France but couldn’t decide on a location).

After looking at various immobiliers in the Les Houches area we realised there was a big difference in prices between the Alps and the rest of France – and in the wrong direction – they were much higher than we’d expected. This did put a bit of a dampener on the whole thing but we were now set on this idea and we’d fallen in love with the Alps. The boys had become very keen on skiing, and with other seasons offering year-round attractions we felt it had to be the best area for a holiday home.

When we returned from Les Houches a friend mentioned that he owned an apartment in a lovely little resort called La Grande Terche in the Portes du Soleil, only an hour north of Les Houches which he offered to us for the following Easter. We took him up on offer and went for four days in 2000. On the Friday it rained all day so we went house hunting. On the Saturday we went to a local lake and bathed in 25-degree sunshine and on the Sunday we skied at Avoriaz. By Monday we had decided this was the place for us and we made an offer on a lovely studio apartment, which was accepted there and then. Only three months later we were the proud owners and we quickly realised it was the best thing we had ever done. The whole family had so much enjoyment out of it, both winter and summer alike.

We were very content with this arrangement for a couple of years, but there was still a niggling ambition about living in France full-time so at Easter 2004 we started looking at what was available in the way of a family home. We looked at some new builds but nothing struck a chord. We were then shown a couple of old properties but again, these didn’t seem quite right – needing lots of work and seeming overpriced.

However, my wife had always said that if the right place came along we would immediately know and that’s exactly what happened. We found a beautiful old Savoyard farmhouse in a small village called Le Biot. It was being sold privately and we sat outside for 15 minutes just looking at it. It looked magnificent but we thought it would be above our budget so we decided to leave, but then the owner appeared on the balcony and waved us in. As soon as we walked through the door we said “this is the place”. It was warm, welcoming and it felt like a real home – it felt right. We saw it three times over the weekend and built up a good relationship with the owners and each time we went back we wanted it more. On the last day came the big decision, and it was Yes. We agreed a price and shook hands – it was going to be ours. It was April 12. 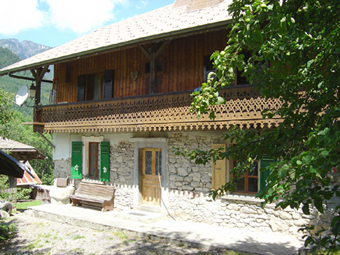 Once everything had been agreed, of course, panic set in. We had to sell our home in England and sell it fast. The day we got back we called three estate agents. Within a week we had the house on the market at a price I wouldn’t be prepared to pay myself so I couldn’t see why anyone else would. Would it sell fast enough?

The purchase price for Le Biot was agreed on the understanding that we could complete by the end of June as the owners had been let down before, but the estate agents seemed doubtful we could sell in such record time. However, I didn’t feel comfortable about a bridging loan, so we had to sell the house – as simple as that. By now the stress was building and the little arguments were starting, but we never once asked if we were doing the right thing. We knew we were and that’s what drove us on.

Our 10 per cent deposit had been sent to France, so there was no turning back. We had plenty of people coming to view the English house but no firm offers. The panic and stress continued to build and very soon both our tempers and our fingernails were getting shorter.

Then came the news that a couple were interested in our house. Thank heavens, it turned out that they wanted it as badly as we wanted Le Biot and were prepared to push things through as fast as possible: now it was down to the solicitors – not the easiest people to get to move fast.

The next few weeks were a complete blur. Our stress levels were by now stratospheric and we were getting mixed reactions from friends – some thought it was a great idea, some thought we were mad. What was very comforting was the fact that our two boys were still up for it. Our oldest, Karl, had decided to go to Canada for a year so he was pretty laid back about the whole thing and Joel was keen to look at schooling in France as he didn’t want to stay on at sixth form in England.

The deadline for the purchase of Le Biot was approaching but we still didn’t have a firm date for completion on our house. And then came very bad news – our buyers couldn’t get their money until mid-July. We were plunged into gloom, but almost as quickly came good news from France – the vendors couldn’t complete by the end of June and asked for a new date of July 12. This gave us the breathing space we needed, and with some chivvying of banks, and help from Foreign Currency Direct, our money got to France on the 12th and we signed on the 13th. I’ve never felt such relief when those keys were placed in our hands and I have to admit, the tears did flow. 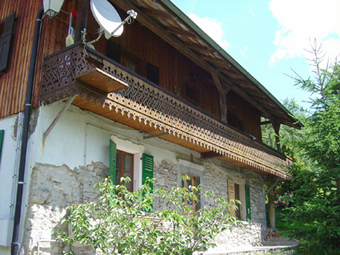 Finally the house was ours. We emptied the removal van that we had brought over full to bursting then sat back with a nice glass of a local refreshment.

Sadly, we couldn’t stay long in our new home, as we still had things to sort out in the UK but we also needed to find a school for Joel, so in the August we went back to France for a two-week holiday. A school in Thonon called Lycée du Versoie was recommended by our neighbours so we arranged a meeting for the Monday. They were very surprised to hear that Joel wanted schooling in France but offered him a place on the understanding that he would start the following Monday. The look of shock on Joel’s face was there for all to see but he swallowed hard and decided to give it a go, even though we had to return to England that same Monday, so it meant him staying in France alone and boarding at the school.

Luckily, all the children from the mountains do this anyway and though it was hard for us to leave him there he seemed happy enough. This was on September 6 and we didn’t see him again until the October half term. Since he started school, my wife has been flying down every two weeks to be with him and any worries we had proved groundless – he absolutely loves it at the Lycée. His French is improving very fast and he has made many friends. As a family, in fact, we are moving out to France in dribs and drabs, with my wife due to be living in France full-time from the end of November and myself hoping to join her and Joel early in 2005, once I’ve sorted out employment.

Moving to France is something we have thought about for many years and it is now a dream come true, but for it all to happen in such a short space of time is almost unbelievable. The one thing we have realised is that it can be very easy to buy in France as long as you find the right place. We feel fortunate in that we bought from people how loved their home and had keep it in wonderful condition. It is 100 years old and has always been in the family and we feel privileged to own it now. We believe it was meant to be and we now look forward to our future and our new life in France. 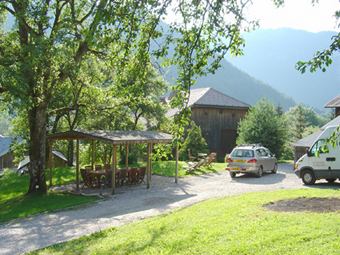