First published: 9th May 2018 by FrenchEntrée 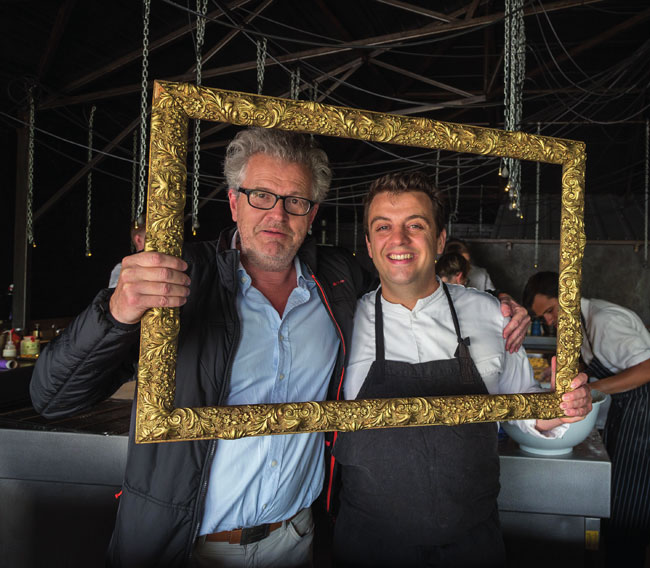 In the pretty and petit hilltop village of Montreuil-sur-Mer, something foodie is afoot… Janine Marsh meets a British expat who teamed up with a local superstar chef to put this northern French town firmly on the gourmet map

“This job certainly keeps you on your toes,” laughs Tim Matthews, proprietor of B&B Maison 76 in Montreuil-sur-Mer, in the heart of the Hauts-de-France. He’s just waved off departing guests and opened the door to new arrivals. “People never come to Montreuil just the once; it’s a little bit off the beaten track, but it’s such a special place they always come back,” says the former city worker, who decided to come to France after retiring from his job at a London bank.

But the B&B is not the only project Tim has thrown his energy into since he moved here. He is also passionate about the town’s culinary excellence and, with his drive, persistence and help from a top local chef, has achieved something truly remarkable…

“For a small village, Montreuil-sur-Mer really is massively gastronomically gifted,” explains Tim. “And yet we weren’t really telling anyone about it.” With a thriving café culture, two-Michelin star restaurant, the sought-after Cave de Montreuil, a host of restaurants and bountiful street market – all for just 2,000 inhabitants – this little corner of Northern France certainly has an impressive gourmet scene. But when the famous Wine Society’s well-stocked cellar, one of the town’s biggest draws for wine lovers, closed its doors in the wake of the Brexit vote, Tim decided to take matters into his own hands and give British oenophiles a big incentive to keep visiting his adopted town. 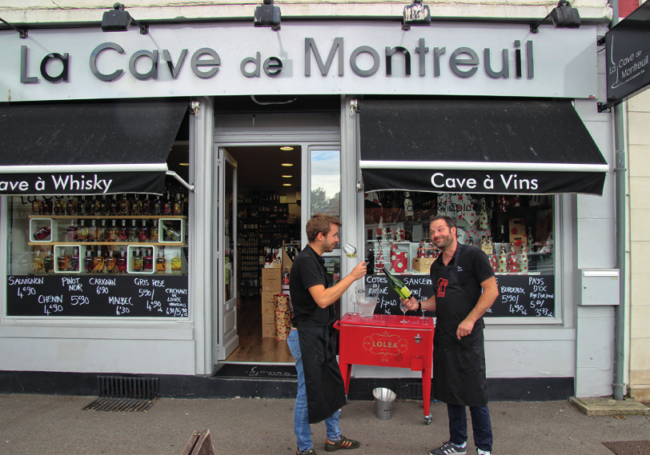 He came up with a concept that got the whole place talking: promoting Montreuil as a ‘Destination Gastronomique’; which it had, after all, always been – if a little under the radar. The idea was simple: create a directory of sorts, flying the flag for Montreuil’s fine eateries and making it “easy for visitors to discover them online”. Along with business partner Michael Bennett, he launched a website and, in the name of quality control, wasted no time in scoffing his way around town.

“I knew we had something special,” he says. “I have been giving recommendations to guests about where to eat here and nearby for years and the feedback was tremendous. Montreuil-sur-Mer punches way above its weight in the world of gastronomy.” 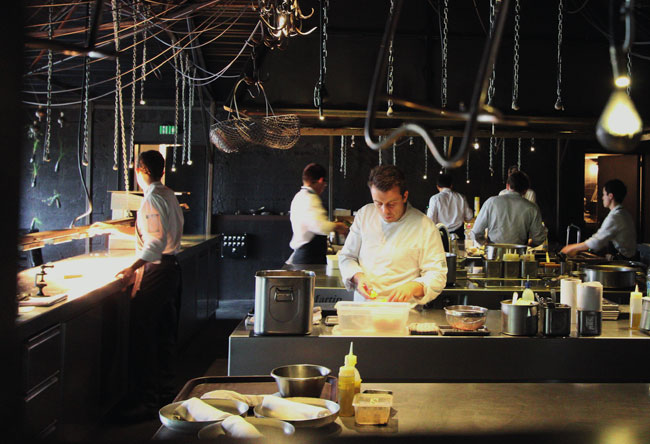 Tim’s ideas on good taste, quality and comfort have also fed into his hotel. “After years of travelling for my job, I knew what made a great B&B and what guests liked – I wanted to create a really special place for visitors,” says Tim, who first fell in love with the region’s bucolic charm and quaint hamlets at 18 during a motorbiking holiday.

When he caught wind, after his retirement, that an old apothecary shop and house was up for sale, he snapped it up. Built in 1765, it functioned as the home and workplace of the town pharmacist for 200 years. “It was a shell of a place,” recalls Tim. “It had been abandoned for some time.”

The renovation of No 76 rue Pierre Ledent into the luxurious B&B it is today took a year; the builders’ brief was to keep the authenticity and integrity of the building. They retained the original grand marble fireplace, Rococostyle plasterwork, Belle Époque wallpaper and Gainsborough imitation frescoes. The high ceilings and proportions are elegant, the courtyard garden truly enchanting. 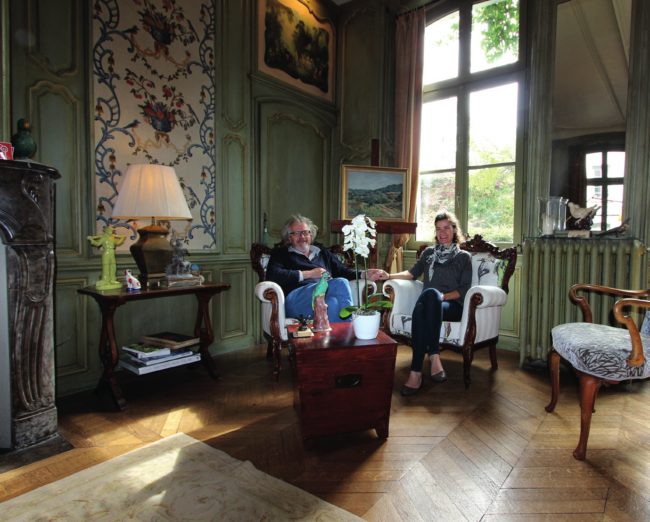 Tim and Delphine relax at Maison 76

“We were still hanging the curtains as the first guests arrived,” chuckles Tim, who launched the business in 2015 with his partner, Delphine, a former  beauty queen, native to the area. “It’s not a cushy job – it’s like a theatre. I feel as if I’m on stage from 7am to 11am, then I get a break and I’m back on at 4pm, finishing late.”

Despite the unsociable hours, Tim has worked hard to get his ‘Destination Gastronomique’ idea off the ground. He and Michael pitched it to Alexandre Gauthier, the chef behind the two-Michelin star La Grenouillère hotel and restaurant in nearby La Madelaine-sous-Montreuil, who wholeheartedly backed the scheme. With his support, the project gained momentum. “Destination Gastronomique isn’t just about restaurants, it’s about excellence in local products too,” enthuses the chef. “This territory is very rich. There are traditional products such as beer, endives, chicory, smoked fish, herrings and cheeses such as Maroilles and Boulette d’Avesnes, but really these are just a small part of the resources of the north of France.” 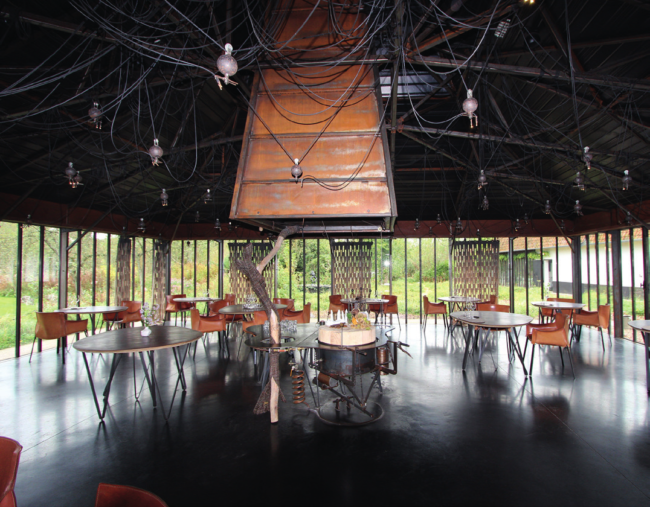 Tim, Michael and chef Gauthier developed the idea to include shops like the famous Fromagerie Caseus (a tourist destination in its own right), as well as local producers. The ‘Destination Gastronomique’ qualification requires applicants to go through a thorough vetting process to join what has now become a formal association. “We decided to make it not-for-profit,” says Tim. “The purpose is to benefit visitors and the town.” Gauthier echoes this: “We wanted to share the wonderful tastes of Montreuil-sur-Mer and to let everyone know this town is better than anywhere else.” 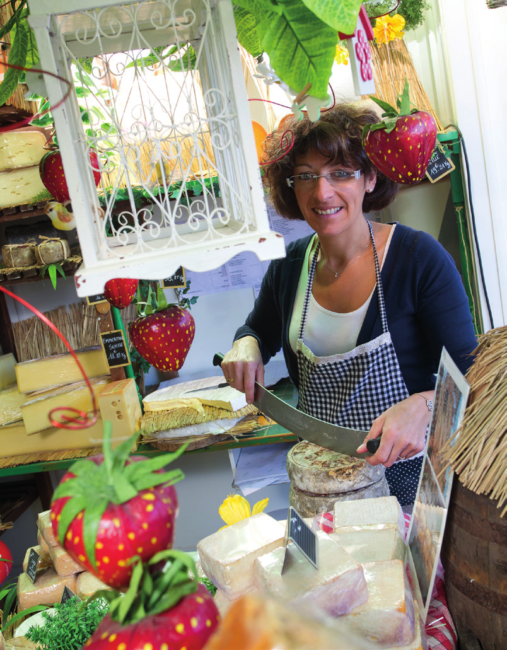 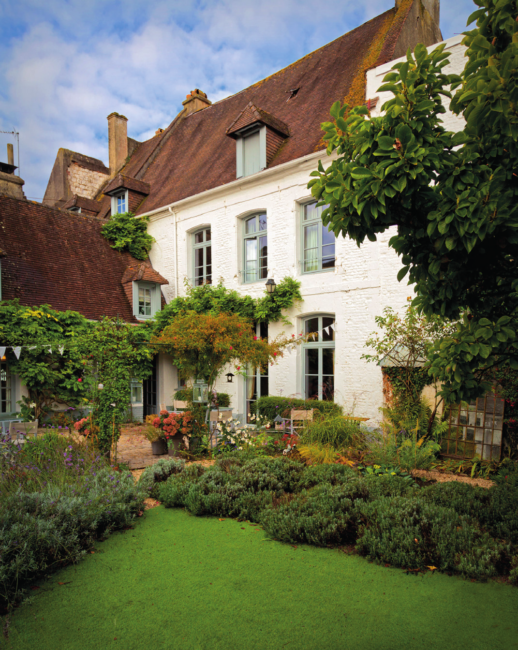 The project was formally launched last June with a wine-and-food tasting at the Saturday-morning market. It was a huge success with more than 800 participants. The website now lists restaurants and reviews, places to visit, fabulous food shops, the finest market stalls, upcoming events and more. Thanks to the passion of an expat determined to give something back to the town that welcomed him with open arms, Montreuil-sur-Mer is finally getting well-deserved plaudits as a ‘Destination Gastronomique’.