My dress agency in Poitou-Charentes 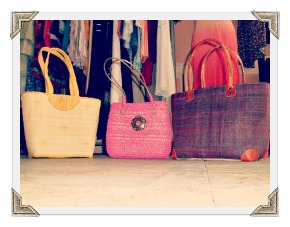 Get the ‘je ne sais quoi’

In the three years since Terry Warren opened Je Ne Sais Quoi in La Rochefoucauld, she has seen everything from old knickers to vintage Chanel come through the doors of her dress agency. FrenchEntrée asks her how she – and her two teenage children – came to be in the Charente and what she hopes to achieve with the business.

Why did you move to France and Poitou-Charentes in particular?

We moved to France in 2008 after leaving Kent in the hope that our children who were 13 and 11 would have a safer and better life in France. The area where we lived in England was becoming violent and drug orientated. We chose the Charente because it reminded us of home with the scenery and green grass everywhere.

Other than your shop, why should we visit La Rochefoucauld?

La Rochefoucauld came to light because of its tourist attractions and great restaurants, and it was only 15 minutes away from where we live. It looked like a bustling little town and there we found an empty shop that used to sell antiques…

Was it always your intention to work in France?

After we had been here for six months, reality stepped in and money was tight so we set upon trying to find out how we could make a living here in France without spending lots of money!
Because of my love for fashion and shopping back in England, we thought of opening a dress agency.

How have you found running a business in France?

Tough. I will never make tonnes of money, but we are happy and settled as a family. I probably would not have done this in England because of the many dress agencies and charity shops that already exist. There are a few depot vente shops in the Charente, run by French and English people. A couple are mainly for young people. My shop caters for all!

Who are your customers?

The French people are my bread and butter. I do get English people in the shop, but it is mainly French people that come and spend.

Do your teenagers help out in the shop?

Every now and again my daughter Megan will help me in the shop and invariably she will find something that she likes – normally shoes! My son Sam will wander in when some good men’s clothes have come in.

Talk us through the concept for Je Ne Sais Quoi…

The name means “I do not know” which for us meant that we do not know what is going to come into the shop! It is always worth a visit into Je Ne Sais Quoi because the stock is always changing.
I have been in La Rochefoucauld for three years and business is slowly looking up, so if anybody out there has got an occasion to go to or just needs some new things, or even if you need to get rid of some clothes that you do not wear anymore and need a few euros, please search out Je Ne Sais Quoi in La Rochefoucauld. I am always pleased to see new faces.

The worst thing that a French lady asked me to sell was her old worn knickers! The best thing was a vintage Chanel suit.

Second hand shops are relatively rare in France. How did the French respond to yours?

Our first year was quite an adventure because the French people did not know quite what to make of me. I did not speak very good French and at first they thought that I was the Red Cross, so everyday bags of old stained and ripped clothes would turn up at the doorstep and then I had to deposit them at the Red Cross!
As time has gone on and my French has got slightly better and I have more confidence in myself, the clothes that are now deposited are of a good quality, cleaned and ironed.