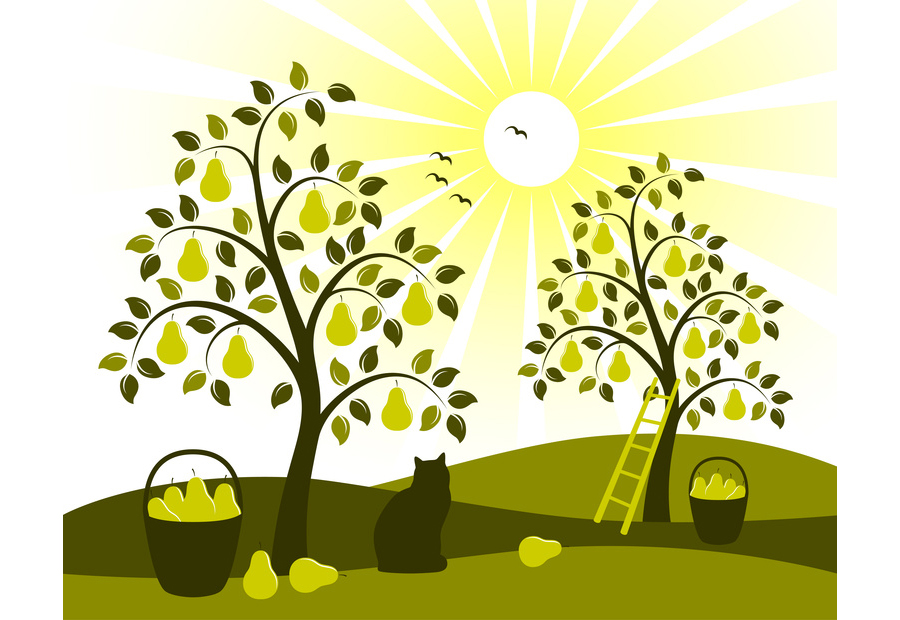 I have just got off the phone from the Maire’s secretary in the village down the road where we own a small cottage. She discreetly informed me that the Veolia engineer had just called into the office, asking directions as he had come to shut our water off.

After a rapid exchange between us, she handed over the phone and I pleaded with him to let me ring the water company and pay the bill by debit card. Promising to ring him back with the authorisation number of the transaction, he duly waited while I did the necessary deed, paying a humble 27 euros to settle the account.

The reason for my delay in paying was not financial. Indeed it was that I had simply forgotten due to the frenzy that has overtaken the household in the maelstrom of summer visitors who have passed through our front door over the last two months. The engineer satisfied, and the water still running to the property, I sat down and pondered on the reason why I had failed to act on such a basic task.

It took no time at all to work out the problem: The summer months bring a sense of timelessness to those of us living in France. Businesses close their doors, often for an entire month at a time. Quotes are promised for urgent work and arrive, somewhat miraculously, a few days after the rentreé scolaire has taken place in early September.

As expats we eagerly await to be reunited with family and close friends as one by one, they turn up and spend time with you over the warmest days of the year. We get up later, as there are no school buses to catch, jobs to go to, no fixed engagements to attend – save the local fêtes – open air music concerts and the like. Meals are taken later, often stretching late into the night, and we go to bed much, much later as the days get hotter and the nights become sultry.

We want to catch up with the lives of those who we left behind when we came to set up home here.

It is altogether a wonderful time, and despite the interruptions to our daily routines, in truth we don’t really have one during the longest days of the year. However, all good things must come to an end, and our friends and families have jobs to go back to and children to send to school.

The last week in August following the UK late summer bank holiday usually sees of the last of them leave, and by September 1st the house is left silent once again. Extra towels are laundered and returned to the airing cupboard, bed linen quotas return to normal, and so indeed does wine consumption.

We have long since sent our last child back to school, so we are left feeling a little bereft and not knowing quite what to do with ourselves. Our routines have been shattered, and we don’t quite know how to pick up the pieces.

Last Monday, I found myself loitering around the garden, picking up used candles from their holders, squeezing the pears on the trees testing for ripeness, and tasting our grapes, which to date are far too acidic to put on the table. By lunch time, I had done very little, and sat down to a stale cheese baguette and some crisps (well past their best) that I found hiding at the back of the larder. I felt an action plan was required, and braced myself for some positive action in the afternoon that followed.

I popped down into my cave, and did a quick stock check of my jam jars, ready for the onslaught of the autumn fruit harvest in my garden. I found to my delight that I still had two blocks of paraffin wax to seal the new jams when they were made.

I tested my electric boiler, as I have taken to preserving both fruit and vegetables, like my neighbours, who would not dream of wasting a single thing from their beloved potagers.

That done, I took a stroll out into our vast field that adjoins the garden, and taking out one of my eclectic collection of baskets, started to gather the small twigs that fall from our trees, tying them into small bundles of kindling wood, ready for lighting the first fires of autumn.

I was surprised to see that nearly four hours had passed since I had started these jobs, and over a cup of coffee in the garden, I sat down to make a list of the tasks that had begun to line themselves up, one by one in my head.

The chimneys needed sweeping, oil had to be ordered for the boiler, the garden gates were crying out for a lick of varnish before the cruel winds and rain started to batter them as the seasons changed.

The freezer, totally bereft after the mammoth cooking sessions, needed restocking badly, and I made a mental note to go around to see Marie Laure, my neighbour, to see when her father was going to butcher another of his wonderful free range pigs. I checked how much thyme, parsley and bay there was, as they would be sorely needed to add to the pâtés saucissons and boudin noir that we would all make on the day that the meat was made ready for us.

I called a halt to the list making after this, as it was clear to me that September means back to business once more. Our lives, held in stasis during summer slowly return to the daily demands of life à la campagne in France.

Many of us may not work in the conventional sense as we did back in the UK, but there is a serious need to attend to the business of making our homes warm and comfortable for the winter, protecting it against the elements and ceding to the demands of the upcoming season of autumn.

Personally, I love every minute of it!