A Londoner reaches the inner sanctum of the French language. 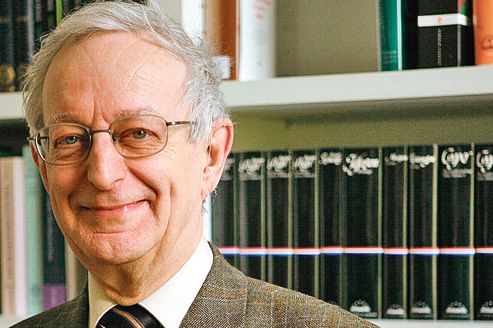 Poet and translator Michael Edwards has been appointed to the prestigious Académie Française. He will occupy one of the 40 seats that have been previously held by the likes of Voltaire, Victor Hugo and Alexander Dumas. Edwards is an Englishman by birth and French by nationality. Le Figaro reports that the Collége de France professor has seduced the academy electors on his third attempt. It is a tradition of the Académie not to elect a candidate on their first pass. Understandable if you consider that members of the Académie Française are called “immortals” and are elected for life.

The Académie is France’s official entity establishing the rules that apply to the French language. They not only publish the dictionary but decide on what new words are incorporated (or not) into the language, and the rules of grammar and usage. The role of Protector of the Académie Française falls on the President of France.