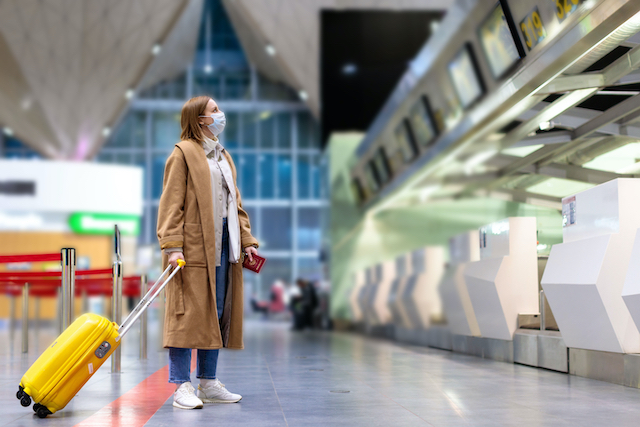 Here is your FrenchEntrée Covid-19 news round up from the last seven days, including how France is adjusting to after lockdown and the quarantine policy U-turn for arrivals in the UK from France

More than 28,000 people have died in connection with the coronavirus in France since March 1, including 483 in the 24 hours up to Sunday evening (May 17). The increase was the largest in recent weeks and is mainly due to declared deaths in retirement homes (called Ehpads in France – Établissement d’hébergement pour personnes âgées dépendantes) and other medico-social establishments. In recent days, the Ehpad figures had been subject to a number of a ‘posteriori corrections’, reflecting the difficulty of collecting and reporting the data.

Since the beginning of the epidemic, 98,569 people have been hospitalised, including nearly 17,500 in intensive care. More than 61,000 have returned home cured. Four regions (Ile-de-France, Grand-Est, Auvergne-Rhône-Alpes, Hauts-de-France) account for 74% of hospitalised cases.

Of the more than 28,000 deaths recorded since 1 March, more than 17,000 have occurred in hospital and nearly 11,000 in Ehpad and other medico-social establishments.

As French people slowly begin to resume some semblance of normal life – with measures varying depending on the colour code of the department in which they live (search for your department’s statistics here. Here are some of the stories and events making the news:

14-day quarantine confirmed for arrivals in UK from France

In what has been called an about-turn from the UK government, it has been confirmed that those arriving in the UK from France will be required to self-quarantine for 14 days, possibly with the exception of freight drivers and people working on Covid-19.

This covers all arrivals by air, ferry and train, and includes all UK citizens returning home from a holiday or a visit to a second home in France..
An earlier joint statement from the British and French governments said no quarantine measures would apply.

However, there is fresh hope for holidaymakers after the UK Transport Minister Grant Shapps yesterday said the government is backing plans to create ‘air bridges’ between the UK and countries with low Covid-19 infection rates. Such a move would remove the need for travellers to enter quarantine.

“It is the case we should consider further improvements – for example, things like air bridges enabling people from other countries who have themselves achieved lower levels of Coronavirus infection to come to the country,” he told the House of Commons.

“So, those are active discussions that go beyond what will initially be a blanket situation.”

1.4 million maternelle and primary school children returned to class last week. “Out of 40,000 schools that reopened, (…) about 70 cases” of Covid-19 were recorded and led to school closures, said Education Minister Jean-Michel Blanquer. “Almost every time”, these were contaminations from outside the school.

Yesterday it was the turn of collège (middle school) pupils to go back to school, but only in the “green” zones established by the government’s déconfinement map. This represents 85% of all secondary schools in France, or 4,000 establishments.

At the beginning of May, Prime Minister Edouard Philippe had confirmed that collèges would not be able to reopen in departments classified as red zone, where the coronavirus “is still circulating actively and where hospitals are still under great pressure”.

Collège pupils are obliged to wear masks and according to health rules issued by the Ministry of Education, parents will have to take their child’s temperature each time he or she goes to school. “In case of symptoms or fever (37.8°C or higher), the child should not go to school,” the ministry says.

In each classroom, furniture has been rearranged to respect social distancing, while the decision whether or not to open canteens is taken by each school head.

Frédérique Vidal, Minister of Higher Education and Research, said at the weekend that a vaccine against the coronavirus will probably not be available “for 18 months”. “Research on the vaccine usually takes several years,” she added.

“What the laboratories and researchers are telling us is that the acceleration we have seen in the development of clinical trials gives us hope of a vaccine within 18 months, but it is not reasonable to think that we can go faster than that, unless we put people’s safety at risk,” she told Europe 1..

Last week Sanofi, the French pharmaceutical giant, caused outrage by announcing that it would give priority to distributing a possible vaccine in the United States because the country has invested more in research. Emmanuel Macron replied by insisting on the need for a vaccine “extracted from the laws of the market”. “It’s important to keep moving forward with Sanofi,” he said.

Last Thursday, the French PM said that the French public “will be able to go on holiday within France… in July and August”, but admitted that “tourism is facing its worst test in modern history, despite it being a major jewel in the French economy”. He pledged €18billion to support tourism businesses, with grants of up to €10,000 for individual businesses.

Back on May 6 President Macron said: “We will limit major international travel, even during the summer holidays. We will stay among Europeans […]. There are restrictions, and that is to be expected.”

When the SNCF began selling tickets for summer travel rail last week, it guaranteed passenger refunds or voucher equivalents should the health situation change in the meantime.

The subject of travel refunds has been in the news across the EU, with pressure building on airlines to guarantee refunds instead of just offering vouchers.

The EU itself is taking legal steps against countries that are breaching EU law by not insisting that companies provide cash refunds to customers over cancelled travel or holidays due to the Covid-19 pandemic. Commission executive vice-president Margrethe Vestager said: “letters will be sent to the member states who are in breach of this very fundamental principle.”