Here is your weekly French news digest, featuring a Covid-19 update and details of the third stage of post-lockdown measures rolling out across France.

Latest Covid-19 case figures from Sunday June 21, released by Santé Public France, showed seven deaths in hospital over the previous 24 hours, bringing the total number of deaths in France to 29,640. This is from an overall contamination total of 160,377 people.

By Sunday, France had 9,823 people hospitalised with Covid-19 (14 fewer than in the previous 24 hours) with 715 serious cases in intensive care. 74,372 people have left French hospitals cured.

Back to school – for two weeks

Today sees another stage of post-lockdown deconfinement commence in France, with collège and primary school children going back to school (mandatory) and crèches and écoles maternelles also open. Lycée pupils are not obliged to go back to school for the remaining two weeks before summer holidays begin.

It’s not just pupils who are obliged to go back to school. Education Minister Jean-Michel Blanquer told France Inter: “It is estimated that we will have about 90% of the teachers” [in school on Monday]. He added that “the remaining 10% can be explained by health problems or other documented problems.” 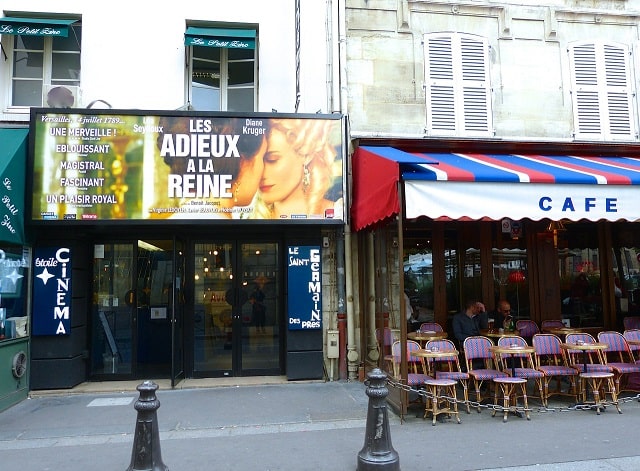 Cinemas are finally reopening their doors after more than three months of closure, with certain sanitary measures in place for both staff and film fans, and bottles of hydro-alcoholic gel available.

While the wearing of masks is not mandatory in the cinema itself, it is strongly recommended in lobbies and other public areas.

Online booking is recommended to avoid contact at the ticket office, and for those unable to book online, contactless payment is encouraged.

The Minister of Culture, Franck Riester, said that “we can sit together when we are in the same social group, that is to say if we are with friends and we come to the cinema or the theatre together. On the other hand, leave a seat empty beside you if you don’t know the people sitting next to you… and you can take off your mask once you’re seated.”

As for museums, while many have been permitted to open since June 2, many of the most visited in Paris have not yet opened for visitors. The Musée d’Orsay and the Palais de la Découverte will open tomorrow, the Musée de l’Homme will reopen on June 24, and the Grand Palais, the Louvre, the Rodin Museum and the Centre Pompidou will not open until July.

Theatres and concert halls hoping to host events with up to 1,500 spectators will need to apply for permission in advance, while casinos can now run table games in addition to machines, which were already allowed from June 2.

Monday June 22 also marks a new stage in the deconfinement plan for those participating in team sport in France. As we reported last week, sports halls (for both amateurs and professionals) and gyms were allowed to open on June 15 but many have waited until June 22 – all subject to compliance with the standards imposed by the Ministry of Sports. A notable exception is combat sport for amateurs, which are still not permitted.

Another step towards normal life will take place in three weeks’ time (July 11), when France’s state of health emergency is lifted. This will include the reopening of stadiums and racecourses where, as things stand, numbers will be limited to 5,000 people. However, rules are likely to be relaxed by mid-August.

Good news for holidaymakers, too – river cruises will also be able to resume within three weeks, while centres de vacances (holiday centres such as holiday camps) are open from today. And if conditions permit, fairs, exhibitions and shows will be back in September. The same goes for nightclubs.