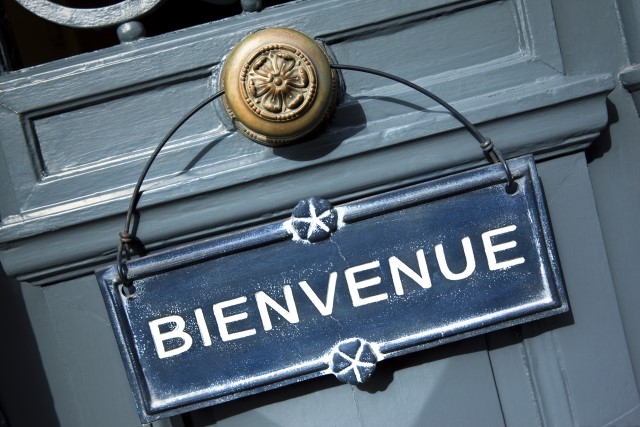 Your weekly news digest includes the Covid-19 latest, and details of the current travel situation for those wishing to visit France.

The latest figures for Covid-19 cases in France, published on Sunday evening by health authorities, once again showed a slowdown in the pandemic, with President Emmanuel Macron saying on television that “We are going to be able to turn the page on the first act of the crisis we have been through”.

A decrease in reported cases continues in hospitals and intensive care units, with a death toll of just nine in the preceding 24 hours, and 243 in the last week. Fewer than 11,000 people are currently hospitalised in France with Covid-19, while the overall number of deaths has reached 29,407. Nearly 72,000 people have been successfully treated for Covid-19 and discharged from hospital.

In Sunday night’s television address to the nation – his fourth since the Covid-19 crisis began – President Macron confirmed that the whole of France (with the exception of Mayonne and French Guiana) was now in the ‘green zone’ – meaning that cafés, restaurants, theatres, museums and tourist accommodation in Paris-Ile de-France are now free to open.

In his upbeat address, Macron said: “We will be able to rediscover the pleasure of being together, to get back to work fully but also to have fun, to cultivate ourselves.

‘We are going to rediscover part of our art of living, our taste for freedom. In short, we are going to find France whole again.”

He advised caution, though: “The fight against the epidemic is not over, but I am happy with you to take this first victory against the virus.”

Macron praised both care-workers and the French people, saying “You have shown an admirable sense of responsibility. Tens of thousands of lives were saved by our choices…The period has shown that we have resilience, we have resourcefulness. We can be proud of what has been done.” He added: “Our strengths, we will strengthen them. Our weaknesses, we will correct them.”

Other key points of his address included:

Meanwhile this morning the Sports Minister, Roxana Mărăcineanu, confirmed the authorisation of the reopening of all sports venues forthwith in the whole of mainland France, with sports facilities such as private sports halls and gymnasiums able to resume their activity. However, with swimming pools forced to implement numerous sanitary protection measures, it is expected to take a few days before the public can go swimming in some places.

With French borders with other EU countries once again open, see our guide to the latest travel options for those coming to France from the UK.

With 1.6 million admissions last year, the Arc de Triomphe is one of the most visited places in the French capital, and as of yesterday it is gradually being re-opened to the public. However, entry numbers will be limited to 1,000 visitors a day, compared to the usual 4,000.
Wearing a mask is compulsory for those over 11 years of age and the visitor trail around the monument is being carefully managed. “We have made sure that visitors feel safe and that the visit remains comfortable,” said Bruno Cordeau, administrator at the Arc de Triomphe.

You can see a full list of Paris monuments and cultural sites now open to visitors, as well as proposed later opening dates for some other places, here.

Inspectors clamp down on furlough fraud

For the last few weeks, France’s ‘labour inspectors’ have been tracking profiteers of the so-called “chômage partiel” scheme (translated as ‘partial unemployment’ – akin to the UK’s state-funded furlough scheme), and they are set to increase their crackdown on fraudulent bosses who have claimed state money despite making their employees work.

By May 20, employers had made reimbursement claims for over 8.6 million employees. The government pays out to businesses within 15 days, and then carries out compliance checks later.

According to a survey conducted in late May, almost a quarter of employees on chômage partiel continued their work activity at the request of their employer, with many fearful of losing their jobs if they refused.

In order to combat these abuses, the state launched an extensive series of checks, of which there will be “more than 50,000 by the end of the summer”, said Muriel Pénicaud, Minister for Employment.

Chômage partiel is considered illegal work, and thus fraudulent, with employers punishable by two years in prison and a fine of €30,000.