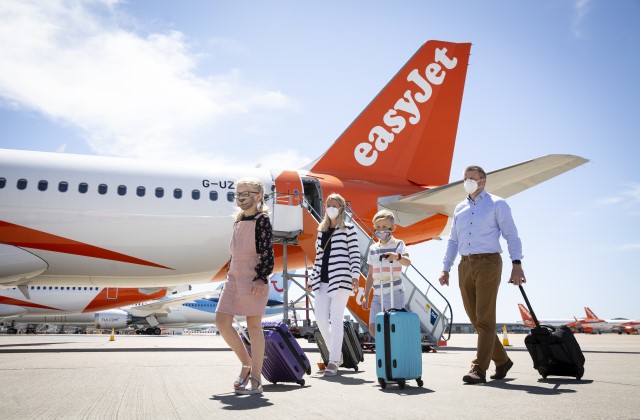 France is once again open to visitors as of today, June 15, with the country lifting all travel restrictions at its internal European borders, in accordance with recommendations made by the European Commission.

From today, “people from countries in the European area (Member States of the European Union as well as Andorra, Iceland, Liechtenstein, Monaco, Norway, San Marino, Switzerland and the Vatican) will therefore be able to enter French territory without restrictions linked to the fight against Covid-19, as was the case before 18 March 2020”, a government statement said.

However, ministers indicated that restrictions will continue to apply, on a reciprocal basis, at the borders with Spain and the United Kingdom. “Spain has chosen to maintain until June 21 its travel restrictions related to Covid-19 as well as the quarantine requirement for air passengers from European countries,” said Christophe Castaner and Jean-Yves Le Drian.

From June 21, “travellers coming from the United Kingdom will no longer be subject to restrictions on entry, but until further notice, they will remain invited to observe a fortnight on arrival”.

Mr Macron also said French people would be able to travel farther afield in a couple of weeks. “From July 1, we will be able to go to states outside Europe where the epidemic has been brought under control,” he said.

Travel options from the UK

While entry into France from the UK (and other EU countries) no longer requires any kind of form to justify travel by tourists or second home owners, transport options by ferry, rail and air remain limited. And the UK’s mandatory 14-day quarantine period for returning travellers remains in place until June 29 at the earliest.

For easyJet, only the Gatwick-Nice route is currently open.

But a company statement last Friday said: “We have announced that as of the June 15 we will resume flying from some of our key airports.

“Flying will principally be on domestic routes across the UK and France alongside a minimal number of international routes. The airline expects to increase flying as customer demand continues to build and restrictions are relaxed. During the lockdown period the fleet has been grounded, and the aircraft have been maintained in a flight ready condition to enable the airline to resume flights quickly at the right time.”

Meanwhile, Ryanair’s fleet remains grounded until July 1, and both British Airways and Air France are only offering limited routes, such as from London to Paris and Nice. All are expected to ramp up schedules in the next couple of weeks.

Eurostar is running a reduced schedule, while the SNCF hopes to be back to a full schedule by June 29. Passenger face masks are obligatory on both rail companies.

Brittany Ferries is currently operating only freight services, with passenger ferries expected to resume in late June (bookings can be made now though). See the company website for all Covid-19 related news.

The same goes for DFDS.

Eurotunnel is operating as normal but passengers must remain in their vehicles. Full Covid-19-related passenger updates can be found here.