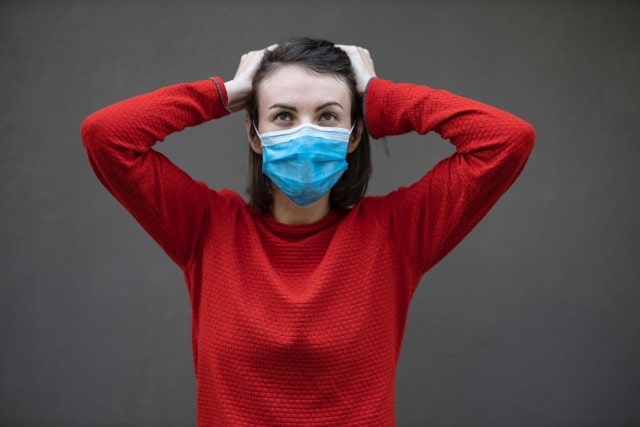 In this week’s round up of French news, we bring you full Covid-19 developments plus sports and crime news

According to the latest report from Santé Public France, France has reported three deaths in hospital in the 24 hours to Sunday, bringing the country’s total of Covid-related victims to 30,739. There were 7,071 new cases of contamination in the same 24 hours, including 288 serious cases in intensive care.

A spokesman said, “Viral circulation is clearly increasing in France… we have returned to levels comparable to those at the end of the containment period.”

There are seven new departments in the ‘red zone’, bringing the total to 28. They are:

The ‘red zone’ means departments where the virus is “circulating actively” with 50 cases confirmed per 100,000 inhabitants in the past seven days.

France currently has 528 outbreak clusters, including 58 new ones.

While more and more French cities and towns impose mask wearing in public places (as a general rule in places with more than 10,000 inhabitants), the ruling has been overturned in Strasbourg and 12 other Bas-Rhin communes. An administrative court has amended a prefectoral decree imposing the wearing of masks, deciding that the measure should be reserved only for heavily frequented areas.

Self-isolation to be reduced to seven days?

France’s Scientific Council is in favour of reducing the self-isolation period for those testing positive for Covid-19 ‘in a number of situations’ from 14 to seven days, said Olivier Véran, the Minister of Solidarity and Health on France Inter this morning.

Reducing the time of “sheltering” would allow “a better adhesion of the French” to this system [ie. be more respectful of quarantine]. “We note that a large number of French people do not respect the fortnight.”

This period, shortened to seven days, must “absolutely be respected. This will be discussed Friday in the Council of Defense and National Security,” said Mr Véran, adding,“One is more contagious in the first five days following the appearance of symptoms or a positive test. Then, this contagiousness decreases very significantly. Beyond one week, it remains but it is very weak”.

The Mercedes drivers, who were the clear favourites, finished fourth with Valtteri Bottas and seventh with Lewis Hamilton.

“It’s incredible. I’m not sure I realize it. It was a completely crazy race,” said Gasly after his Monza victory.

The Minister of the Interior, Gérald Darmanin, and the Minister Delegate for Citizenship, Marlène Schiappa, announced on Sunday in Le Parisien, that they would provide a monthly report on the activity of law enforcement agencies.

The ministers promised to publish policing statistics relating to “the fight against drugs, the figures for conjugal, intra-family and sexual violence, the number of hours on patrols by gendarmes and police officers, plus those on public transport, as well as figures on the themes of immigration and asylum”.

Man blows up kitchen trying to swat a fly

A Dordogne man in his 80s caused an explosion in his kitchen as he tried to chase a fly away with an electric fly-swatter, which set fire to leaking gas.

The man, who lives alone, had just prepared his dinner, reported France Bleu Dordogne. But gas had accumulated under the furniture in his kitchen, after a leak from a gas bottle that was located outside.

The man was slightly injured and taken to hospital in Libourne (Gironde), for checks. His house is temporarily uninhabitable, so is staying at a campsite while his family repairs the kitchen.

Good moaning! Why the French love to complain

If you live in France, you may have noticed that the French love nothing more than a good moan. But exactly what is behind their complaining nature? This enjoyable BBC article digs deeper into the French psyche to find out more…

Previous Article Mortgage Update: French Mortgages for the Over-60s
Next Article Euro under pressure, an opportunity for property buyers?