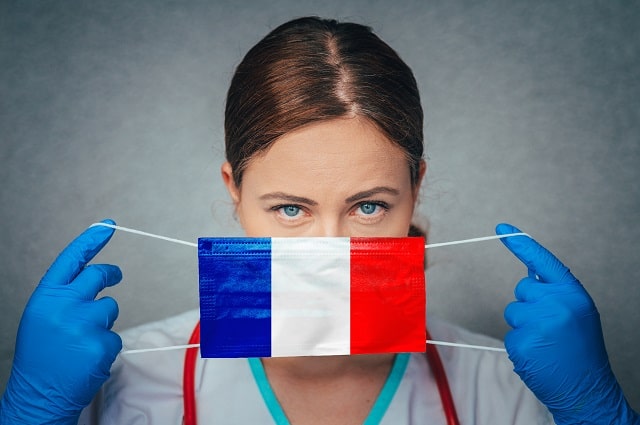 In our weekly French news round up, the latest Covid-19 figures and measures plus outcry at graffiti daubed on one of France’s most precious memorials.

France has recorded 4,897 new cases of Covid-19 in the 24 hour period to Sunday, according to figures published by Santé Publique France – the highest number since the end of containment in May. This was the third time in a week, after Thursday and Friday, that more than 4,000 positive cases were recorded. The percentage of positive tests also continues to increase slightly, to 3.6%, compared to 3% at the beginning of the week (and 1.1% at the beginning of July).

A total of 4,709 people are currently hospitalised with Covid-19, a figure that has been declining since last Monday (when ther were 4,925 patients). The number of patients in intensive care is 383, three more than on Saturday but one less than last Monday. An additional death was recorded, bringing the number of deaths since the beginning of the epidemic in France to 30,513 people, including 20,002 in hospitals.

Seven new departments have been classified as being ‘highly vulnerable’: Bouches-du-Rhône, French Guyana, Hérault, Paris, Sarthe, Seine-Saint-Denis and Val-de-Marne. The Loiret, which had been classified in the “high” category on Saturday, has been downgraded to a “moderate” level of vulnerability, bringing the number of departments at this level to 31.

France has said that 333 coronavirus clusters currently being investigated, including 32 new ones.

France intends to reciprocate Britain’s August 15 decision to impose a 14-day quarantine on all arrivals from the UK, the French Minister of State for European Affairs, Clement Beaune, said on Monday.

“We will have a measure called reciprocity so that our British friends do not close the border in one single way,” he added.

“For travellers returning from the United Kingdom, there will probably be restrictive measures decided in the next few days by the Prime Minister and by the defense council,” Beaune told France 2 television.

The unveiling of the French government’s €100 billion plan to kick start the economy, previously scheduled for today, has been postponed to “the first week of September,” government spokesman, Gabriel Attal has announced.

The plan, which “is ready”, will be presented “the day after the start of the new school year whose good organisational conditions we must first ensure”, the secretary of state added.

Many opposition politicians have decried the delay, saying the government is simply not ready. However, speaking to Le Journal du dimanche, Attal said that this postponement is not “a sign that the plan is not ready”. Nor is it a sign of “greater concern about the health situation”.

It is simply a question, according to the presidency, of “doing things in order so that the return to school takes place with confidence and that everyone takes ownership of the new measures [in schools].

Authorities are using the last week of August to finalise preparations for the new obligation to wear masks in companies as well as in middle and high schools (collèges and lycées).

Addressing fears that la rentrée in schools might spread the virus, the president of the Scientific Council, Jean-François Delfraissy said, “there will be contaminations at school, children will be contaminated, probably some teachers as well, but we will manage it”.

He said it was “fundamental that school resumes. We cannot leave this generation of children without schooling”, considering that “distance learning has done the job, but only partially”, during the confinement.

As for masks, while the Minister of National Education Jean-Michel Blanquer, says he wants to reserve free masks for families in great difficulty, Mr Delfraissy said he was in favour of a free distribution of masks in schools.

Covid-19 aside, the French headlines were dominated by news that vandals had daubed graffiti on the wall of the memorial centre at Oradour-sur-Glane, the ‘martyr village’ that honours victims of a Nazi massacre in Limousin.

The graffiti, which included the word ‘lie’ being daubed across a sign, was met with outcry from President Macron, who called it an “unspeakable act”, Prime Minister Jean Castex and other leading French figures.

The village was destroyed and 642 residents murdered in cold blood on June 10, 1944 (four days after the D-Day landings in Normandy). It was then preserved, at Charles De Gaulle’s request, in its razed condition as a permanent memorial to the atrocity.

Previous Article Mortgage Update: Can I release equity in my French home?
Next Article Maximise Your Budget by Using a Market Order