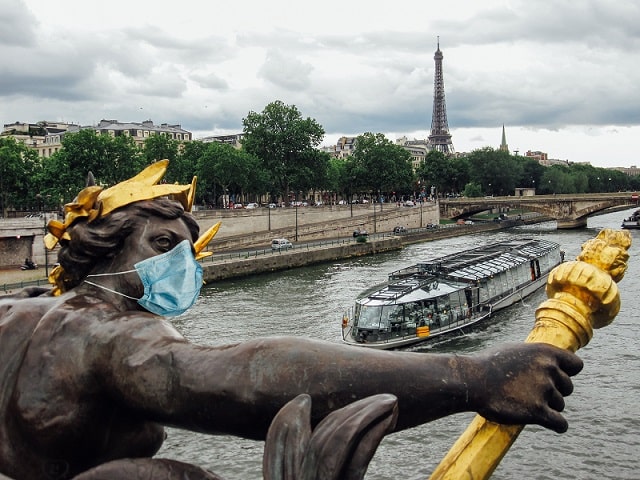 Sunday’s report from Santé Public France showed 32 Covid-19 related deaths in hospitals in the previous 24 hours, bringing the total number of deaths to 32,230. There were 12,565 new cases of contamination in the same period, bringing the total of confirmed cases to 619,190.

4,264 people were hospitalised in the last seven days, including 893 serious cases in intensive care. The test positivity rate has risen to 8.2%.

According to the data from Santé Public France, 66 departments are currently in a situation of high vulnerability, while the regions of Île-de-France, Auvergne-Rhône-Alpes, Hauts-de-France and Grand Est account for 70% of patients in intensive care.

Breakdown of current hospitalisations and number of deaths in the 24 hours to Sunday:

France currently has 1,340 cluster outbreaks, including 54 new ones and 265 in Ehpads. French authorities define a cluster as when there are at least three confirmed or suspected cases of Covid-19 contamination, over a period of seven days and that these people belong to the same community or have participated in the same gathering, whether they know each other or not.

As announced by the Prime Minister on Sunday evening, Paris and its three surrounding department (Hauts-de-Seine, Seine-Saint-Denis and Val-de-Marne) have become ‘maximum alert zones’ due to Covid-19.

The capital’s police prefect detailed new restrictions that come into force today, with bars obliged to close their doors, parties and gatherings banned or restricted, and many establishments such as gambling clubs also forced to shut down. Restaurants, however, can remain open, albeit with stricter sanitary protocols. [Aix and Marseille restaurants are also free to re-open.]

Here is the full list of new measures in place in Paris:

The French are almost unanimous in trusting the country’s healthcare system to fight the Covid-19 epidemic, according to a new survey.

The Health Observatory survey conducted by Odoxa for the MNH (Mutuelle nationale des hospitaliers), franceinfo, le Figaro Santé and the SciencesPo Health Chair, revealed that the French are grateful to the hospital system for having responded to the health crisis this spring. More than eight out of ten (83%) feel that it did well, even if the same number of those questioned said the country’s public hospitals are ‘in danger’.

More than nine out of ten respondents (92%) have confidence in doctors and 96% have trust in nurses.

However, only 46% of French people give the Ministry of Health credit for its handling of the pandemic.

The health situation overall worries three quarters of French people (77%) and 84% of hospital staff. 74% of French people are worried about the health of their relatives while 57% are concerned about their own health. Among working people, 59% are afraid of being contaminated in their workplace, a figure rising to 68% among caregivers.

More than two thirds of the French (68%), feel the future of healthcare institutions is insufficiently taken into account by public authorities, with a massive (97%) considering this is a major challenge for society.

Previous Article Mortgage Update: Why the ‘Approval in Principle’ Is Important
Next Article Currency Volatility: The Case of Andrew and Theresa