French News Digest: “Too Early” to Judge Effect of Lockdown 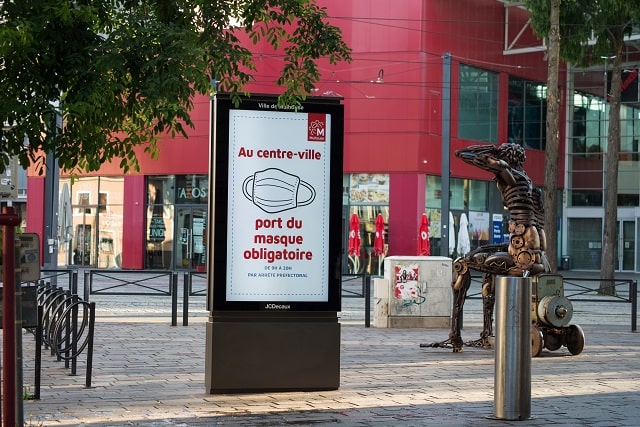 The latest report from Santé Public France revealed 270 deaths in hospitals in the 24 hours to Sunday, bringing to 40,439 the total number of deaths from Covid-19. There were 38,619 new cases of contamination in the same 24-hour period.

The number of deaths in Ehpads (care homes) and EMS (medico-socio centres) stands at 12,509.

France currently has 30,243 people hospitalised with Covid-19, including 4,539 serious cases in intensive care. This figure corresponds to the highest level recorded during the first wave in France at the end of March and beginning of April.

99 departments are currently in a situation of ‘high vulnerability’, with the regions of Île-de-France, Auvergne-Rhône-Alpes, Hauts-de-France and Grand Est accounting for 70% of patients in intensive care.

Current hospitalisation figures by region, plus number of deaths in the 24 hours to Sunday:

France currently has 3,042 cluster outbreaks, including 912 in Ehpad.

“Too early” to judge effect of lockdown

The ‘bug’ “concerns an underestimation of indicators based on data from biological tests”, said the organisation.

Meanwhile, latest measures “appeared to be slowing down of the progression of the epidemic but it is too early to judge the effect of the reconfinement”, said Minister of Health Olivier Véran on Sunday.

The closure of bars and restaurants in major cities and the curfew “have had a form of effectiveness, insufficient once again, but we sense an epidemic “tremor” with 20% more cases than last week, against increases that were greater before,” explained Olivier Véran. But the minister said that “the epidemic continues to progress” and that these measures have not been “enough to stop the epidemic”.

He added that without these measures, “the epidemic would have flared up faster, stronger. The health consequences would have been even more dramatic than they are today”.

Véran also quoted some statistics: “More than 9,000 deaths are already linked to this second wave and 4,400 patients in intensive care. Every day, more than 3,000 are patients admitted to hospital, with 20,000 hospitalisations last week,” he said.

But he warned that it is too early to judge the effect of the containment: “We will have consolidated data” by “the weekend”, he said, but warned that the situation in hospitals will become more complicated: “There will be an increase in hospitalisations and intensive care cases in any case in the coming days, since this is a reflection of the epidemic situation before the containment”.

Despite reinforced health protocols in place in French lycées (high schools) to stop the second wave of the epidemic, several teachers’ unions have called for a “health strike” today. The aim is to highlight a need for similar measures in collèges (middle schools).

Faced with teacher anger, last week the Minister of Education announced new measures to limit the risks of contamination in high schools, including allowing more distance learning while guaranteeing at least 50% of face-to-face teaching for each student. Nonetheless, a collective of unions has called for a halt to work.

Tensions remain high in collèges, which, according to the unions, are struggling with many students, especially in canteens at meal time. “Health issues remain very prominent in collèges and the anger went up a notch last weekend because they did not understand why they were totally excluded from the Ministry’s announcements”, said Sophie Vénétitay of Snes-FSU, the biggest secondary school union.

A leading parent-pupil association, however, has reservations about the strike.

Hubert Salaün, spokesman for the Peep, the Federation of Parents of Public Education, told franceinfo that, while he understood “that the teachers are worried”, each school would need to find its own solution.

“The conditions have not always been ideal in all schools, but we are having a hard time with this [strike] movement because we can see that there is a new protocol that is being put in place. Now there has to be a dialogue within each school to see if it is useful or not,” he explained.