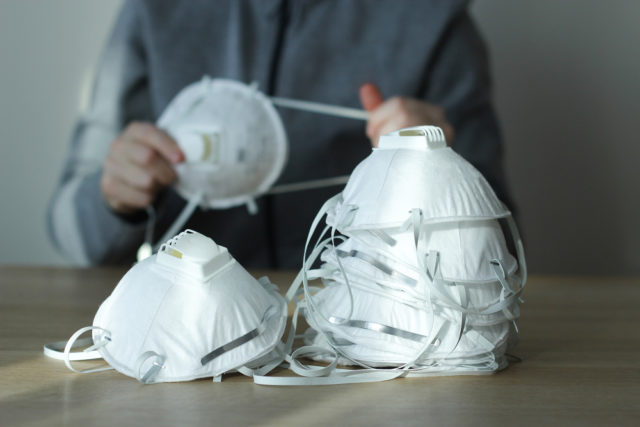 Unsurprisingly, the international news cycle has been full of Covid-19 developments over the past couple of weeks. What stories have hit the French headlines in the past week?

Following an emergency meeting, France has declared a state of emergency for the nation’s health, lasting two months. The law is coming into force immediately, pending approval by the senate and the National Assembly. At the time of writing, there have been over 16,600 cases of Covid-19 and 674 known fatalities in France. 2,200 people have reportedly recovered.

Three men were arrested in Val-de-Marne for the alleged resale of tens of thousands of expired masks. 12,000 masks were stolen from a hospital in Montpellier. These are just two of many crimes being committed with regards to safety equipment like masks and hand sanitiser, as unscrupulous people seek to profit from the coronavirus. Potential buyers beware: the masks will not protect you for contracting the virus, and the decree of March 13th prohibits use of FFP2 masks by civilians.

Five people were arrested on Thursday for failing to comply with confinement rules. The suspects were taken into custody and fined. One person was even arrested for, allegedly, biting a police officer. Any offender who repeatedly breached confinement rules runs the risk of being arrested for “endangering the lives of others”, which carries a maximum fine of €15,000 and a one-year prison sentence. A total of over 91,000 violations of the rules have been recorded since the start if the confinement period.

Commuters and urban residents have been accused of increasing the spread of Covid-19 by fleeing the city for the countryside. Dr Philippe Feigel told FranceInfo that the mass movement of people would be the cause of a “health catastrophe”.

President Macron has called the fight against Covid-19 “a war that is going to last” and says that the situation will deteriorate further before improving. He reiterated the importance of the confinement period for reducing the spread and praised health services.