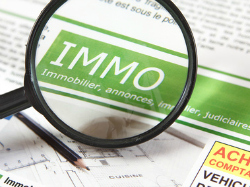 An upward trend in sales and value marked 2016 as a year of growth in the French property market, with Île–de–France leading the 1.4% rise in apartment prices.

Continuing the recovery that started in early 2015, last year saw an 11% increase year-on-year in the number of sales transactions, reaching the highest point of the past decade. Although year-end results aren’t available yet, based on figures at the end of September, sales of old homes across the whole of France are estimated at a promising 838,000, compared to 755,000 12 months prior.

This welcome boost is something of a catch-up phenomenon after three years of ‘wait-and-see’, and could be attributed to low housing credit rates and improving prices.

Certainly, prices for older apartments increased 1.4% over one year, following an upturn that began in the second quarter of 2016. Perhaps unsurprisingly, this was most noticeable in Île-de-France – which saw a price rise of 2.7% over the same period – and less visible in the remaining regions (0.3%). Meanwhile, houses saw price improvements of 2%. In direct contrast to apartments, this increase was more marked in the provinces (2.1%) than Île-de-France (1.2%).

There’s been good news for buyers too, in the form of mortgage interest rates hitting a 70-year low. According to the Institut national de la statistique et des études économiques (INSEE), this has bolstered confidence in the buyers’ market and enabled people to enjoy more for their money.

Presently, a buyer can opt for a three-bedroom flat in Toulouse for €150,000, whilst the same amount claims a four-bedroom house in Tours or five rooms in Brest, Brittany. With €250,000, it’s possible to buy a three-bedroom flat in Nanterre or a home of five rooms in Rennes. Finally, for €500,000, buyers can acquire a two-bedroom apartment in Paris (1st arrondissement), four rooms in Nice or even a house of six rooms in Nantes.

So, what can we expect as we move into 2017 and the presidential election? Several scenarios are possible, according to the notaries of France. Reducing the capital gains tax exemption requirement from 22 years to 15 could potentially attract sellers back to the market, while investors could be tempted by decreased taxation of real estate revenues. However, abolishing the Impôt de solidarité sur la fortune (ISF) – also known as the French wealth tax – could damage these prospects.

•If you found this brief update useful, you can get FREE regular updates with our weekly newsletter. Simply enter your email address here

To contact the property team for more information about the process, or to get started with your property search in France call + 44 (0)1225 463 752 or email: [email protected]