Growing up in France could make your baby smarter 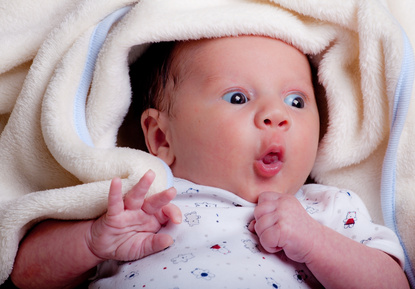 It is one of the first questions that springs to mind for young families about to relocate to France. Will it confuse their babies to hear English spoken by the parents at home but French by everyone else? Could it have an effect on their learning?

It is known that being bilingual is a stimulant for children’s brains. A study led by a group of researchers in Singapore finds that the benefits can last a lifetime, and are not limited to the obvious linguistic advantage.

If you are a parent wondering how to manage the language learning process for your children in France you could have reason to rejoice.  If you are trying to decide whether to speak to them only in English to help them retain their family roots while acquiring a useful tool for their future, or whether you should make every attempt to ban English from the household and speak only French to help children integrate faster, it seems that the best answer is … right down the middle.

While in the past studies have focused on the advantages bilinguals enjoy when it comes to language skills, this study set out to determine whether the benefits of hearing more than one language might have a wider scope, affecting cognitive abilities in general. As reported by The Independent, the study shows that “babies are uniquely well positioned to take on the challenges of bilingual acquisition and in fact, may benefit from being exposed to two languages”.

According to the researchers leading this study, one explanation for this effect could be that bilingual children simply require greater information processing skills in order to rise to the challenge. Not only are they learning two languages, but they are also learning to clearly distinguish between the two without mixing them up.  This skill that they develop from such an early stage is an intellectual advantage that they will keep for the rest of their lives and will give them a cognitive edge to process other types of information – not just limited to linguistics.

The study found that the effects were not specific to any particular language, but were found across all language pairings studied.