News Digest: Discussions on the Reopening of Restaurants 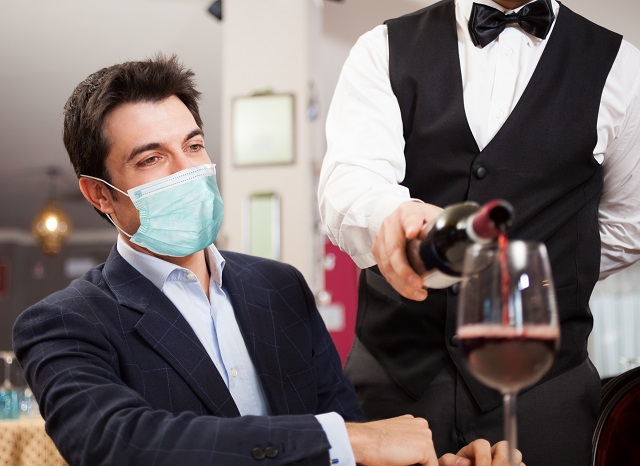 In France, the latest assessment provided by health authorities concerning the Covid-19 pandemic, has reported at least 3,909,560 confirmed cases, with 5,327 of those coming in the 24 hours to Monday.

As usual, the figures are traditionally lower on Mondays, due to the closure of many testing laboratories over the weekend.

France currently has 25,195 people hospitalised with Covid-19 and 3,849 patients in intensive care. Having fallen below 2,600 at the beginning of January, this figure has been rising steadily since and is now at its highest since November. However, it is much lower than the peak during the second wave last autumn (4,900 in mid-November) and the first wave last spring (7,000 in early April).

According to the data provided by Santé Public France, the number of hospitalisations by region, and the number of deaths in the 24 hours to Monday, are as follows:

Of the 10 departments with the highest incidence rates as of March 5, six are located in the Ile-de-France region. Pas-de-Calais has been placed under partial weekend lockdown since Saturday March 6 for a period of at least four weeks.

However, politicians in and around Paris are determined to block any new lockdown in the capital.

Speaking on France Inter yesterday, the mayor of Paris Anne Hidalgo reaffirmed her opposition to confinement. “I am against the idea of a confinement. I think it’s something unbearable for many of our citizens,” she said, even asking for the present curfew to begin later. “At 6 pm, it’s mid-afternoon in Paris. …] So I think it should be adapted,” she explained.

Meanwhile, Stéphane Troussel, the president of the Seine-Saint-Denis departmental council, also remains opposed to the idea of another lockdown. “I measure the economic, social and psychological damage of such a measure,” he told franceinfo, passing the buck to the government: “This is not a matter for local elected officials. Everyone must assume their responsibilities.”

Jérôme Salomon, the Director General of Health, told RTL this morning that reconfinement was not yet an option for the capital. “We have very high epidemic tension, but we’re holding firm,” he said, adding that the measure would be a last resort for the government and the head of state “if we felt that the hospitals could no longer cope”. He concluded: “We are freeing up beds (…) and we are monitoring the situation day after day.”

Mr Salomon also said that restrictions in EHPADs would soon be loosened.

Meanwhile, one MP has written to the Ministry of Health asking that vets once again be placed on standby to help administer vaccinations to French people, if staff shortages slow down the vaccination programme.

Loïc Dombreval from Alpes-Maritimes referred to the 4,637 animal health professionals who registered to help out during the first Covid wave of March 2020. “This involvement is a sign of their willingness to commit themselves and the close bond of solidarity that links human and animal health professionals,” he said, adding that veterinarians are already vaccinating in Argentina, Canada and some states of the United States.

As for vaccine supplies, French GPs have been informed that they cannot order doses because pharmacies will receive them as a priority. Pharmacists will be able to administer jabs from March 15.

Discussions on the reopening of restaurants

Restaurant industry unions are meeting with the French government later today (March 9) in a bid to establish a timescale and protocols for reopening eateries.

Hervé Dijols, president of the SNRTC (Syndicat National de la Restauration Thématique et Commerciale), told Le Figaro: “A first working meeting will take place to study in more detail the conditions of the reopening, with Jean-Baptiste Lemoyne (Secretary of State for Tourism) and Alain Griset (Minister Delegate for small and medium-sized businesses). But we don’t yet know what it’s all about.”

Although the government has not yet proposed a date to restaurateurs, discussions seem to be advancing on the health protocols to be put in place for any reopening.

Measures used for the previous post-confinement opening included a maximum of six people per table and distancing between tables. Catering industry professionals have proposed to initially reopen just at lunchtime.

Another measure set to be discussed is the use of QR codes in association with the TousAntiCovid app, which would allow the tracing of positive Covid-19 cases and their contacts.

Restaurant owners hope to be able to reopen by mid-April, the timescale currently in the government’s thinking. Government spokesman Gabriel Attal told Le Parisien on Monday that if the reopening was gradual, financial support for restaurant owners would be available.

“The support will continue in an appropriate way,” said the minister.