News Digest: Eurotunnel & Port Delays Cause Chaos for Travellers Between the UK and France 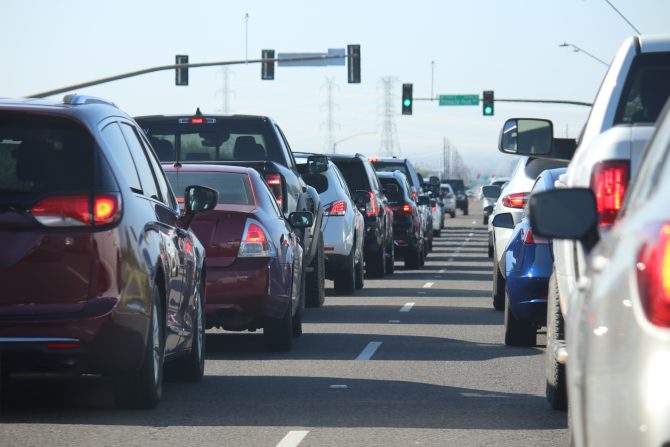 Huge delays at Dover and Folkestone caused chaos for travellers crossing the Channel from the UK to France this weekend, plus there’s bad news for Barclays account holders living in France. Here are the French news stories you need to know about this week.

The summer travel season has already been off to a rocky start, with cancellations, strikes, and delays at airports and train stations around Europe, but this weekend saw further disruptions for travellers from the UK to France. Ferry and Eurotunnel travellers and motorists suffered severe delays as traffic backed around the Dover ferry ports and Eurotunnel at Folkestone.

The delays, which were reportedly due to the post-Brexit traffic management system and exacerbated by a crash on the M20, saw bumper-to-bumper traffic and long tailbacks of lorries along local roads. The Guardian reported that some lorry drivers had waited for more than 18 hours1 to cross the Channel, with holidaymakers spending up to 21 hours stuck in traffic on the road.

The disruptions have seen fingers pointed on both the UK and French sides2, with UK officials blaming management issues and staffing shortages on the French side, leading French transport minister Clément Beaune to issue the reminder that “France is not responsible for Brexit.” However, Beaune also reassured travellers that French authorities are working to improve border checks and alleviate traffic hold-ups as much as possible, while Doug Bannister, Managing Director of the Port of Dover, admitted that Brexit was ultimately to blame for the extreme delays3.

The delays are said to have cleared for the moment, but it’s set to be another busy weekend for Eurotunnel and ferry travellers, with further delays likely. Travellers heading to France this coming weekend are advised to prepare for delays and follow the advice issued by their transport provider.

If you’re travelling to France this summer, keep an eye on our travel zone for the latest news and travel tips.

Post-Brexit, several UK banks, including Lloyds, the Bank of Scotland, and Halifax, made the decision to close UK accounts held by expats living in the EU due to EU financial passporting regulations. Now, Barclays bank has joined their ranks, announcing to customers living in France that their UK bank accounts will be closed by the end of the year.

Barclays had already closed accounts for expats in Belgium, Estonia, Italy and Slovakia back in 2021, with an exception for those who maintained a UK address, as well as closing Barclaycard accounts for customers living in France. However, the bank will now no longer offer any personal current accounts or savings accounts within the European Economic Area.

If you are living in France and hold a Barclays account in the UK, you should have received notice of the changes – if not, it’s advisable to contact your bank as soon as possible. Customers will have six months to transfer their funds before their account closure. ISAs, loans, and mortgages held with Barclays will not be affected.

If you are looking for an alternative UK bank, HSBC, Santander, and Natwest are among the banks that still offer accounts for non-residents within the EU, as well as a number of online banks.

In last week’s News Digest, we reported on the wildfires that have been sweeping southwest France, most notably two wildfires in the Gironde region of Nouvelle-Aquitaine, which have been raging through the coastal forests since July 12. French authorities have now declared that the fires are under control, but the area remains on high alert, and with some 36,750 people evacuated and 21,000 hectares of land burnt, the impact of the fires is far from over. However, evacuated residents in most areas have now been allowed to return to their homes.

As the wildfires calm down, temperatures have also cooled down across much of west France, but thirteen departments in the southeast remain on orange heatwave alert, with predicted temperatures of up to 38°C this week.

Previous Article Where to Buy in 2022: These Are the Top 50 Best French Towns & Villages
Next Article 11 Things You Can Do at a French Tabac