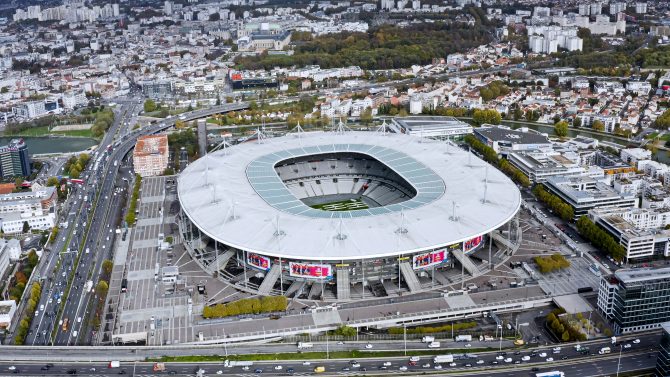 Liverpool is demanding an apology following the events of last weekend’s UEFA Champions League finals, France extends its freeze on energy prices, and new loan insurance laws come into effect. Here are the French news stories you need to know about this week.

Football fans were outraged at the mismanagement of the UEFA Champions League finals that took place on Saturday at the Stade de France in Paris. The events saw thousands of Liverpool fans waiting for hours to enter the stadium and French police using tear gas on supporters – scenes which UK Prime Minster Boris Johnson called “deeply upsetting and disturbing”.

After calling an emergency meeting with UEFA to get to the bottom of events, the French government issued a statement yesterday, with Interior Minister Gérald Darmanin blaming the delays (and the ensuing police action) on fraudulent ticket sales on a “massive, industrial scale”. Liverpool Chief Executive Billy Hogan has responded, calling these claims “irresponsible, inflammatory and an attempt to shift blame”, while Liverpool chairman Tom Werner has written to Darmanin asking for an apology.

One thing is for sure – with France hosting both the Rugby World Cup in 2023 and the 2024 Summer Olympics and Paralympics, a repeat of Saturday’s events is something the country will want to avoid.

If you’re resident in France and live in départements 20-54, today (May 31st) is the final deadline for submitting your tax return online. All residents of France are required by law to submit a tax return (as well as some non-residents – find out here if you are among them), and you can submit yours through the online portal here.

What happens if you don’t get your tax return in on time? The penalties for filing your tax bill late include a 10% increase in your tax bill up to 30 days after the deadline. Following this, you will receive a notice of late payment and increasing charges (also subject to interest) up to 40% depending on how long you leave it.

If you do have extenuating circumstances and cannot get your tax return in on time, our advice is to be proactive and contact your local tax office immediately. Extensions (a ‘remise gracieuse’) may be issued for exceptional cases, such as the death of an immediate family member or serious illness.

For residents of other French départements, see our French tax calendar for the full list of 2022 deadlines.

As the rising cost of living, most notably the soaring costs of fuel, gas, and electricity, continues to dominate both the headlines and everyday conversation in France, the French government announced yesterday that it is extending its energy price freeze until next year.

Inflation increased to 5.2% in France in May, and the energy sector is by far the hardest hit, with a 28% rise in energy prices (French households have probably noticed the 4.2% rise in food prices too). While France has not been hit as hard as neighbouring countries (in fact, it’s inflation rates are still among the lowest in Europe), the French Government has taken measures to protect the country from energy hikes, including a freeze on gas prices and a cap of 4% on electricity prices.

French Minister of Economy Bruno Le Maire announced yesterday that these measures (which were set to end in June), will continue through the end of the year, with a possibility for an extension into 2023.

4. What is the Loi Lemoine?

The Loi Lemoine comes into effect as of tomorrow (June 1st) for all new loan insurance contracts (it will also apply to existing loan insurance contracts from September 2022). This new law makes it possible for borrowers to terminate or change their loan insurance policy at any time without charge or penalty. It was previously only possible to change a policy during the first year of the policy (under the Loi Hamon) or once a year on the date of expiry (under the Loi Bourquin).

In addition, it dictates that medical questionnaires are no longer required for real estate loans of less than €200,000 per person (so, €400,000 for a couple) or loans that will be repaid before the borrower turns 60 years old – this had previously allowed banks and insurance companies to increase premiums based on assessed medical risk. In the instance where a medical questionnaire is required, cancer or Hepatitis C survivors now no longer need to report this following five years of completion of the treatment protocol (it was previously 10).

These laws are good news for borrowers and mean that French property buyers and second homeowners with a mortgage in France can now benefit from a more competitive insurance market and fewer restrictions for those with pre-existing medical conditions.

Previous Article A New Jerusalem: Renovating a Manoir in the Loire Valley
Next Article Visiting France this Summer? 8 Quick Answers to Your Covid Travel FAQs