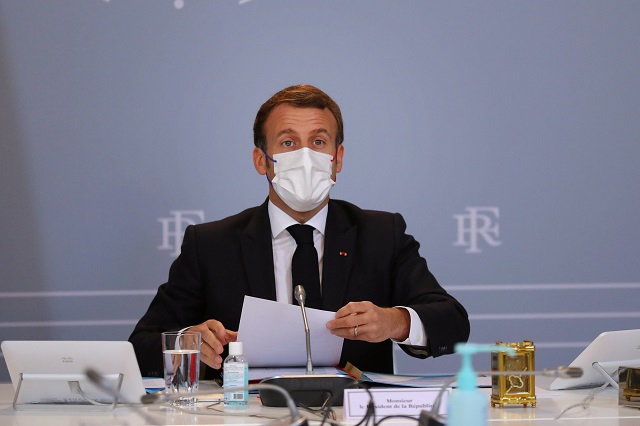 In France, the latest assessment provided by health authorities concerning the Covid-19 pandemic has reported 4,240 new infections in the 24 hours  to Monday, bringing to 3,057,857 the total confirmed cases.

However, due to testing facilities being largely closed over the weekend the figures are not truly representative of the current upward trend of the virus’s spread – new infection figures released on Saturday, for example, stood at nearly 24,000, with on average over 20,000 every day for the previous week.

The virus reproduction rate ‘R’ is 1.08, the incidence rate is 205 and the hospital stress is 57.3% – all of these figures confirm that the epidemic is on the rise.

France currently has 26,924 people hospitalised and 3,041 patients in intensive care.

Here are hospitalisation figures and number of deaths in the 24 hours to Sunday, by region:

No third lockdown announcement… yet

Despite much talk of an imminent third lockdown in France, notably to contain new strains of the Covid virus (which are said to account for around 2% of new cases overall but up to 9% in the Paris region), there is unlikely to be any announcement this week.

One of France’s top medical advisers has called for a third lockdown soon, to combat the spread of Coronavirus in the country. Professor Jean-Francois Delfraissy, head of the scientific council that advises leaders on Covid-19, said “there is an emergency” and that this week was critical, reported the BBC.

However, according to franceinfo, President Emmanuel Macron will not speak in the next few days about the Covid-19 epidemic. He is said to be keen to do everything to avoid a new reconfinement, and is waiting to learn more about the effects of the countrywide 6pm curfew that came into effect last Saturday. Macron is also waiting to learn more about the evolution of the vaccination campaign.

For his part, yesterday PM Jean Castex said: “Decisions will be taken this week (…), it is not a question of lowering our guard.”

Lack of vaccines in at least 30 departments

At least 30 of France’s departments are facing a shortage of Covid-19 vaccination doses in relation to the number of jab appointments that have been allocated, according to France’s Health Minister Olivier Véran.

A week after vaccination centres for those either over 75 years old or deemed the most vulnerable opened throughout France, some have closed, while others have reduced opening times – leaving some patients with cancelled or postponed appointments.

Mr Véran told the French Senate’s law commission that there are thirty departments “which found themselves with more slots than they had doses”. However, he pointed the finger at local authorities, saying they had promised vaccinations to patients without having the necessary doses available.

One other problem is that France has received less doses of the vaccine than expected.

On January 15 Pfizer, which manufactures the most widely used vaccine in France, announced delays in its vaccine deliveries to Europe due to issues at a plant in Belgium.

France’s National Education employees are being called out on strike today, to protest about low pay, working conditions – which unions say have deteriorated further with the Covid-19 pandemic – and the management of the health crisis by bosses.

Six trade unions (FSU, FO, CGT, SUD, SNLC, Snalc), which represent three out of four teachers, are calling for a strike, and they are asking parents and students to join them in protesting.

Last Thursday, President Emmanuel Macron promised all university students two meals a day for one euro to help them cope during lockdown. He also promised subsidies to pay for counselling and other mental health services.

It follows protests in which students called for more help to tackle loneliness and financial problems.

“We must be able to provide better support,” he said at a meeting with students in Paris.

“Given what your generation has already gone through, we cannot but take into account your right to some on-site presence, to exchange with your teachers, and to meet with other students,” he said.

Previous Article Mortgage Update: “I Have the Cash…Why Should I Use a French Mortgage?”
Next Article Global Market Confidence Still Strong Despite Covid