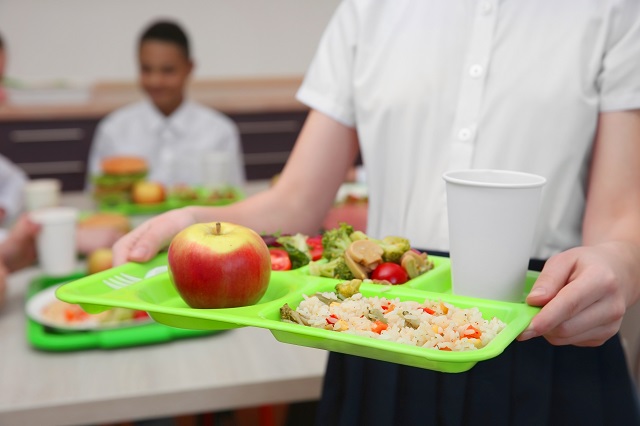 According to the latest report from Santé Public France, there were 160 additional deaths in hospitals in the 24 hours to Sunday, bringing the total number of deaths to 84,306. There were 22,046 new cases confirmed in the same 24 hours, making a total of 3,605,181 cases since the pandemic first began.

France currently has 25,464 people hospitalised with Covid-19 and 3,392 patients in intensive care.

Here are the latest hospitalisation figures by region:

The French Riviera will go under partial local lockdown for the next two weekends (Friday 6pm to Monday 6am), as Alpes-Maritimes authorities try to get control of the UK variant’s rapid spread – it now represents half of new infections. Nice has over 700 cases per 100,000 residents (three times the national average), with a huge influx of  Christmas and New Year tourists being blamed for the sharp rise in numbers.

The whole coastline from Menton to Théoule-sur-Mer is affected by the lockdown.

One exception to previous confinements, however, is that outdoor exercise will be permitted up to 5kms from home – this had previously been limited to 1km. Attestation forms will once again be required.

A similar measure should not be ruled out in other parts of France, said Olivier Guérin, a member of the Scientific Council and professor of geriatrics at the CHU of Nice. After calling the Riviera lockdown “absolutely necessary”, he suggested applying the same measures in Dunkerque (Nord), where the situation is also critical.

Visiting the Alpes-Maritimes, the French Minister of Health, Olivier Véran, said on Saturday that “the trend over the last three days is not good” throughout the country.

Meanwhile, government spokesman Gabriel Attal admitted yesterday that hopes for a lifting of the current health control measures were fading. “It’s going back up a bit” and “our inclination is unfortunately not to loosen measures,” he said.

Protests as meat taken off school menu in Lyon

Farmers protested in Lyon yesterday against a move by the city’s mayor to take meat entirely off the school menu.

Grégory Doucet, mayor since he won the municipal elections last June, announced a “single menu without meat” in all of the city’s school canteens as of yesterday. It was a question, he said, of “accelerating the service” to better comply with the requirements of the new health protocol during the Covid-19 pandemic.

The move aims to offer one single menu instead of a choice of multiple dishes. The meat-free menu will still, however, include eggs and fish and is set to run until Easter.

The new menu caused outcry on the political right and within certain elements of the government, who criticised it as an “ideological” measure. Meanwhile, farmers demonstrated in front of Lyon city hall following a call from the main agricultural union, the FNSEA.

French Interior Minister Gérald Darmanin said that the new menu was “an unacceptable insult to French farmers and butchers”. “We can clearly see that morality politics and elitism of the ‘greens’ excludes the working classes,” he added. “Many children often only eat meat in the school cafeteria.”

However, yesterday, Prime Minister Jean Castex refused to be drawn into commenting on what he called “polémiques stériles” (sterile polemics), indicating that he had more important matters to deal with such as managing the Covid-19 situation.

The French have richer vocabulary thanks to Covid

The most obvious words now in common usage are those relating to lockdown (confinement), including “déconfinement” (end of confinement) and “télétravail” (home-working).

Edouard Trouillez, lexicologist for dictionary Le Petit Robert, said he has noticed “a real lexical creativity on the part of French speakers, who have proposed many new words, often a bit funny to describe all the astonishing situations we are living with in this pandemic”.

Other words, like “gestes barrières” (barrier gestures), and “vaccinodrome” (a vaccination centre), are signs that the language is evolving with the rhythm of the news, despite not yet appearing in the dictionary.

The Anglicism “cluster” was actually already part of the French vocabulary but was used to describe the resonance of several notes played in music.

“The pandemic showed the excellent health of the French language. We created ‘réconfinement’, ‘déconfinement’, and ‘rédéconfinement’, said Bernard Cerquiglini, linguist for Le Petit Larousse. “These are well-formed, well-tested, useful words. They are the best candidates for the dictionary.”

Previous Article Should I Set Up a Trust in My Will To Cover My UK and French Property?
Next Article Life After Brexit: Moving to France During a Pandemic